What exactly is Traditional Witchcraft? It’s a term that’s been thrown around a lot in recent years as its grown in popularity. Yet it’s a term that is difficult to accurately and sufficiently define.

A large part of the problem results from the label itself as the term “traditional,” seemingly suggests that there is one original form of Witchcraft. But we of course know that this simply isn’t true as Witchcraft is an extremely large and diverse entity. What is viewed traditional for one person may not be for another person. Therefore making it highly dependent on numerous factors including cultural background, time period, region, and climate, etc.

Additionally, it often seems that Traditional Witchcraft is conflated with the idea of an unbroken tradition that spans the centuries. But again, we know that such complete lineages just don’t exist. However, what does exist are the fragmented pieces of practice and belief that have lived on (not always unchanged) within history and folklore. It’s upon these pieces that Traditional Witchcraft builds its foundation. As a living tradition, these elements of the old are brought into the present and new context is created around them.

“The Traditional Craft, with its many and various branches, is a Craft born largely from the very landscape in which it is practiced. There exist common threads that run throughout the various recensions of the ‘Elder Faith’, but the precise traditions, ways, and practices of the ‘Old Craft’ will always differ and be flavored by the preserved folk beliefs, traditions, customs, lore, historical magical rites, charms, and impedimenta of the region in which its practice is rooted.”*

Gary’s definition is helpful in that it points out several key components of Traditional Witchcraft, including folk based beliefs and magical practice which is rooted in the land one lives upon. Furthermore, her definition is broad enough that it makes room for individual and cultural differences. Yet there is a felt need for boundaries which give a definition more structure and meaning by contrasting it with others.

In line with this, another well-known author, Nigel Pearson, has defined Traditional Witchcraft as, “A practice or practices that predate Gardnerian Wicca in origin, whether that be decades or centuries, that have been passed on in continuous transmission outside of modern, known traditions and that do not derive from or have any connection with the modern, Neo-Pagan belief systems.”*

There are several issues with this definition and it calls into question many factors including the fact that Wicca is a religion which incorporates the practice of Witchcraft. Therefore, much of the operative praxis of Traditional Witchcraft (i.e. spellwork, divination, spirit work) has been blended into the fold of Wicca. Additionally, there is a multi-directional influence between Wicca and Traditional Witchcraft (the historical basis of this will be further explored in the next article of this series). This can be seen in the many Traditional Witches who have incorporated Wiccan elements into their practices, with the opposite being true for Wiccans as well. Finally, defining Traditional Witchcraft as being any Craft that isn’t Wiccan hinges on how exactly one is defining Wicca. This itself is no easy feat as Wicca has become an increasingly large religion with several different strains. The point here is that while it may be easy to say one form of Traditional Witchcraft is diametrically different from one form of Wicca, that may not hold true for another.

First let me say this, if one doesn’t identify with a certain label it makes sense they wouldn’t wish to be referred by such. The human need behind this is the need to be recognized and seen for who you are and when someone doesn’t see you (either intentionally or not) it feels incredibly invalidating. It’s like when someone calls you by the wrong name. There is an innate inclination to correct them and establish your identity. This doesn’t necessarily denote any hostility within the individual towards that which they don’t identify as (although sometimes it can). For example, I don’t identify as Wiccan and would prefer not to be referred to as Wiccan. Yet, I have upmost respect for Wicca and those who identify as such. I don’t differentiate myself because I have anything against Wicca or because I think I’m somehow better than those who are. I do so because I simply am not Wiccan.

Why does it matter? Because I have the right to be seen for who I am.

Keep in mind that this is my personal definition and it may not fit for everyone. That being said, keeping this definition in mind, part two of this series will focus on the historical development of Traditional Witchcraft. 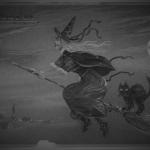 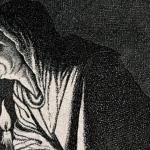 December 26, 2017 Nicnevin: The Scottish Witch Mother
Recent Comments
0 | Leave a Comment
"I was approached by Wesley Chiu of Callisto Media to write a book for them ..."
Madame Pamita Suspicious Witchy Authors: My Final Thoughts
"Thank you to the people who felt compelled to correct my grammatical error. You really ..."
Kyuss Why Men Cannot be Witches
"For me, traditional witchcraft is the kind of witchy work I do and was passed ..."
Estigia Introduction to Traditional Witchcraft pt. 1
"You would also be great with anything written by Dana Corby - she is the ..."
JanetteNash Suspicious Witchy Authors: My Final Thoughts
Browse Our Archives
get the latest from
By Athame and Stang
Sign up for our newsletter
POPULAR AT PATHEOS Pagan
1

Green Witch Plant Profile: Rosemary For...
3 Pagans and a Cat
Related posts from By Athame and Stang