Witchcraft is the heretical proclivity toward rebellion, the natural response to the restrictions which bind the human spirit, the rejection and outpouring of opposition to the establishment. It has always been thus!

The witch was a rebel against Church and society at a time when the two were wholly identified. 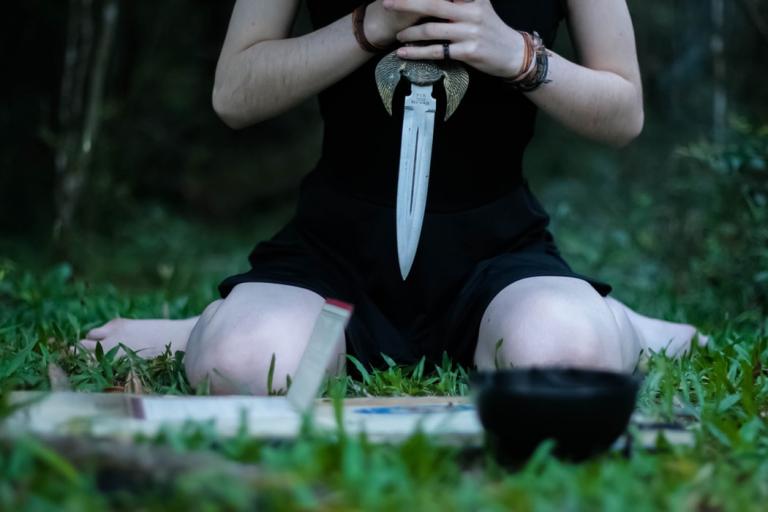 A rebellious soul, I was a freak by nature, outcast, on the perimeter, moody, sultry, bursting with pubescent hormone and all the chaos which accompanies the confusion between the child in outworn skin and the adult who doesn’t yet know the colossal weight of experience. Adorned in black, Levi jeans clinging like a second skin, Jack Daniels teeshirt, denim and leather, I was labelled, identified, singled out and recognised as on the outer limits of the social order which teenagers so unwittingly adhere to as the explorers of the societal structures which confine us. Driven by primitive pack mentality, I was different to the mainstream and must be told so! Only two outcomes are available in these instances: succumb to peer pressure and adopt the colours and conformity of the many, or be pushed farther into the shadows lest the consensus is ever reminded that there is yet an alternative.

This untenable situation eventually came to a head when I found myself in a high school office with a parent and teacher seeking resolution. The suggestion was mooted that, perhaps if I allowed my hair to be cut short the hurtful comments might recede. However, this inevitably became my initiation deeper into the outlying shores of the accepted order and I allowed my hair to grow ever longer. I recognise in that obnoxious youth the refusal to be like everyone else, no matter the insistence of the many. Struggling to express myself as the personality was emerging from its prepubescent shell, I was found to be an alternative to the perceived societal norm. With Rage Against the Machine’s debut album hitting the charts, the new protest anthem playing in my head blasted the recurring lyric “fuck you, I won’t do what you tell me“[1] and I knew that the restrictive confines of the accepted norm, the establishment and its order, were never going to accommodate me, nor I it!

The word of Sin is Restriction.

In his seminal work Apocalyptic Witchcraft, Peter Grey lays out a manifesto in which he identifies this deep sentiment, which is worth repeating [3]:

Witchcraft is the resource of the dispossessed, the powerless, the hungry and the abused… Witchcraft is folk magic, the magic of the people for the people… We call an end to the pretence of respectability.

When we look at the historical instance of witchcraft, we are automatically drawn to the Middle Ages when the West experienced its biggest incidence of the witchcraft phenomena. Whilst it bears comparison to the occurrence of witchcraft in other societies at other times, we find there is a common recurring factor in most cases. Whether imagined or real, it is the direct response to the strict rigours of an edifice of society. When the State, Church or whatever name you give the establishment tightens its throttle hold around the necks of the people, who always suffer as a consequence, the threat of its oppositional force emerges. Be it spiritual, practical, religious, even ‘diabolic’ in nature, when you squeeze people witchcraft comes out! 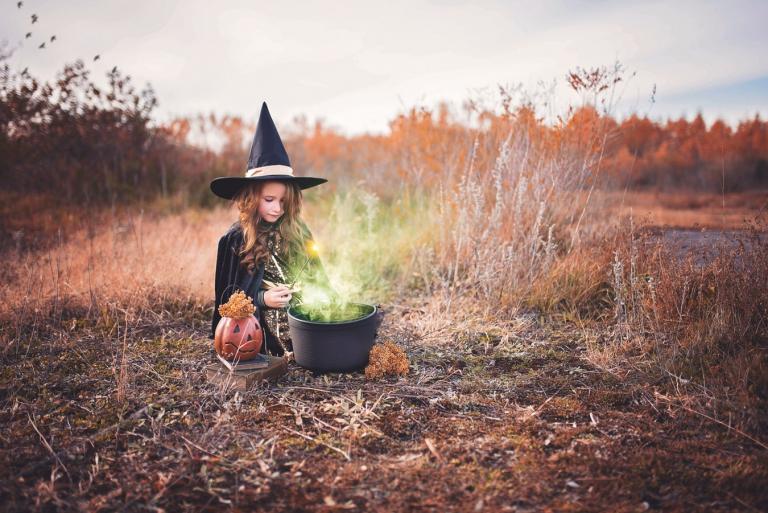 Now, the academics may identify witchcraft as a creation in the minds of the Inquisitors, Bishops and secular courts, who themselves were lost in the restrictive forms of their own systemic machine, or they may be the product of a people reacting to the exertion of pressures which finally caused the fault to erupt. Nevertheless, it is indisputable that people of the Middle Ages in Europe believed in witchcraft, it was very real, it was visible and we have evidence that people believed themselves witches. The factors which coalesced to produce witchcraft in Medieval Europe are not any the less diminished today, although often transferred as the stronghold of the Church is perhaps not so overarching as it once was and its grip upon the masses is greatly reduced. The religious response which gave rise to the Witchcraft Craze of the Medieval mind, however, finally saw the toppling of the might of the church in the late Twentieth Century around the time of the emergence of Wicca. There is a great deal of nuance and contributing forces within the rise of Wicca as a religious movement, but one of the fundamental ideas that echoes through at least its earliest philosophy is the outright rejection of the Christian church, which continues to manifest for many who were raised in Christin households. This, in itself, can be seen as a remnant of the old witchcraft and its final triumph at the turn of the Millennium as Wicca continues to spread throughout popular culture. Contra to this growth pattern, elements of witchcraft now refute and refuse to recognise Wicca as witchcraft as it unfolds into conventional society, ironically risking becoming so mundane as to be an acceptable part of the establishment. The Capitalist machine has, so far, successfully embraced popular Wicca to its dark heart and, whilst recognition is important, so too is holding dear those core values which rejected the establishment in the first place.

Witchcraft also has an important part in the history of social protest. Toward the end of the Middle Ages, the simultaneous appearance of numerous movements… indicates that powerful currents of social unrest existed in a period of plague, famine, war, and rapid social change.

All that being said, there is a dire need to respond to the catastrophic occurrences of our time. The estblished order of the Neoliberal experiment and its Capitalist machine have wreaked havoc upon not just our civilisation but the very environment which sustains our existence upon this sacred planet. And it remains, at this time, completely unchecked. The wrongs of society are currently facing a long needed reckoning, from the #metoo movement, which shines a stark light upon the abuses of women in the most sacred and cash hungry monuments of our society (Hollywood) to Extinction Rebellion, principally begun by young people who are coming into ascendancy in a world which has been harvested so completely by their predecessors as to be naturally hostile to their very presence (freak weather patterns are a dangerous indicator). If ever there was a need for witchcraft to rise up, it is perhaps time for what might be the swan song! Cast off the throes of the establishment, reject the conformist raiments and oppose, take Lucifer by the hand and light the fires, dance naked, celebrate, but most of all commit heresy, shredding of the Establishment and rebel!

…take wine and strange drugs whereof I will tell my prophet, & be drunk thereof! They shall not harm ye at all. It is a lie, this folly against self. The exposure of innocence is a lie. Be strong, o man! lust, enjoy all things of sense and rapture: fear not that any God shall deny thee for this.

The Book of the Law, Liber AL vel Legis 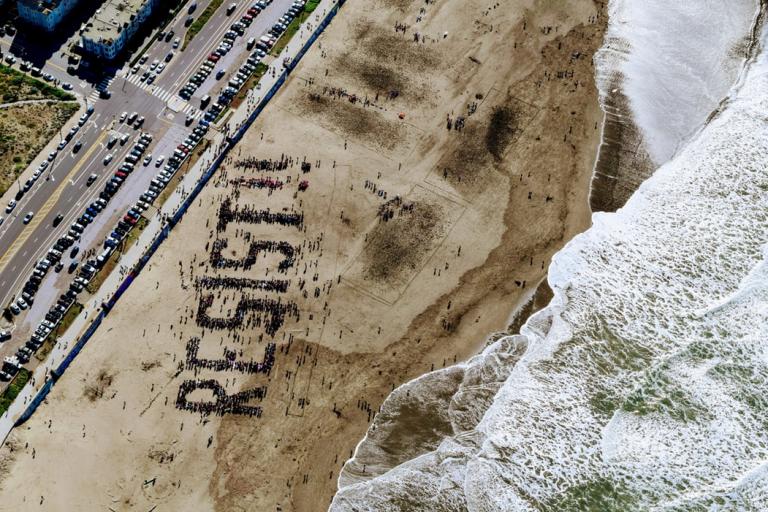 About Ian Chambers
Ian Chambers is a folk sorcerer and witch, practicing the craft of the Cunning Man of old, trying to do the best he can in a crazy, mad and beautiful world. Fuck you, I won't do what you tell me! You can read more about the author here.
Previous Post 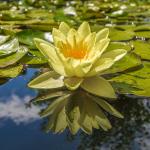 June 23, 2019
Spinning Without Motion Between Three Elements...
Next Post

July 26, 2019 Witchcraft Is Political And It's Time To Use It!
Recent Comments
0 | Leave a Comment
Browse Our Archives
get the latest from
By The Pale Moonlight
Sign up for our newsletter
POPULAR AT PATHEOS Pagan
1

Autumn Is Coming, And Too Many...
Tea Addicted Witch
Related posts from By The Pale Moonlight