This morning I gave a short lecture on trance states. I only wanted to make a point about the use of the metaphor of going deep into something.

Going deep into something presupposes operating with the linguistic awareness of space. We’re with the basement here. But as far as I can tell, exploring utter darkness, for instance, kicks your sensorial experience to a heightened state. So what’s going on? Are you low or are you high when in a trance?

The point I was making is that you can actually only be in deep trance, and at the same time also able to explore the base levels of the subconscious, if you’re in a heightened state of perception, which is the opposite of the idea of being in a haze or experiencing stupor and thus not responding to external stimuli, a definition prevalent in the discourse about trance states.

As an example of this I like to point to the martial artist’s skill of placing himself in a trance state whenever he needs to enter his most vigilant posture. When Isao Machii has to split a bullet with his sword, what I see him doing is place himself in this very state of exploring utter darkness. He succeeds in cutting the bullet that’s shot at him at high speed, not because he can see anything, but because he’s in a trance ruled not by a reverie, but rather, by rationalism. This rationalism expresses itself in the desire to enact in the moment it arises the idea of being useful in a way that completely bypasses expectation.

In my work with the cards I’m interested in this, especially since I deal a lot with people who are pretty miserable, simply because they move in the dark, unable to express how exactly they can render themselves useful. Most people think that they can only be useful to others when they rise to some perceived expectations. What I’m interested in is how I can get people to experience being useful while not thinking at the same time that their usefulness has to follow external demands. A tall order, as it requires focus that’s based primarily on a process of discarding lulling thoughts.

Being in a state of stupor is not the same as being in the kind of trance that makes the martial artist achieve his goal. Yet the focus is not on how impossible it is really to split a bullet into halves while it flies right past you, but rather on the act of cutting itself. Machii sensei is not thinking, ‘wow, I have to cut this tiny thing at such high speed so that I can demonstrate it to the world that it’s possible’. Rather, what he’s thinking is that he has to cut the thing. Period. That’s the essential, to make the cut. Ability to do the cut is not the essential, and nor is demonstrating the act is the essential. What’s essential is the cut itself. This awareness is what makes the difference.

When I lay down the cards for clarity, what I always have an eye for is not how big or small a problem is, or what kind of sleep the person I’m reading the cards for is in. Rather, I’m interested in what is essentially the case. What is not the case has no interest to me.

If cutting to the bones is the case, then, anything else that presents itself besides that is a distraction. What can present itself is mostly clichés related to how we perform the job by adopting a position of privilege. Having empathy is one, exercising compassion is another. But here’s what I say: If the diviner is to maintain focus, then the only sympathy that must be achieved is not the one between the diviner and the sitter, but the one between the diviner’s own trance state of heightened ‘seeing’ in the dark and the act of cutting it to the bones. The sitter doesn’t exist. Only the question exists.

I like to think of what I’m doing when reading the cards in terms of this relation of sympathy: Ashes to ashes. Fire to fire. Water to water. Wind to wind. When thought of in these terms, no interpretation is too daunting, whether you look at 2 cards or 20 cards in a row. The movement will always be the same: Split to split. ‘Yes, but can the other handle the truth?,’ some others may ask, enticing to being careful. But the way I see it is in this manner: I’m not in the care-giving business. I’m in the clarity business. Clarity has nothing to do with care.

Keeping the eyes on what’s essential is my recipe for a good trance-inducing experience. It’s not about going deep, letting yourself be lulled by the voice of distraction, however whispering and soothing it may be. I myself have no patience for this kind of transmission: ‘Empower yourself, let go of yourself, go deeper into yourself.’ As far as I’m concerned, a good trance is all about making your hairs stand, so you split the hell out of the most invisible issue.

Blast the crap out of all establishment, and take sovereignty in what you harvest as a result. Indeed, ashes to ashes, as far as I’m concerned, according to one of my most favorite tarot, the Louttre B Tarot (1984).

In preparation for your own experience of ‘ashes to ashes’, if you’re inclined to try it, you may want to ask your cards:

How can I place myself in a heightened state, where no word of culture is in sight?

You can only make yourself fully useful when you let no dictations inform your actions. Focus on your split and nothing but. Forget the words. Remember the body. 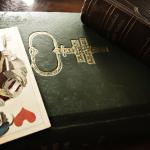 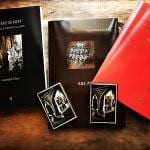 August 27, 2019 UNTAGGING BUSY
Recent Comments
0 | Leave a Comment
"It was really helpful to see you literally lay out the many different messages you ..."
Laurie READING DIRECTION IN LENORMAND
"You're welcome."
Camelia Elias Playing cards for risk analysis
"Great article on working with Playing Cards. Thank you Camelia!"
CaitrionaReed Playing cards for risk analysis
"Timely. A good reminder (for me) that, ultimately, what is being preached is based on ..."
Beverly Frable The dead serious occultist in the ..."
Browse Our Archives
get the latest from
THE CARTOMANCER
Sign up for our newsletter
POPULAR AT PATHEOS Pagan
1