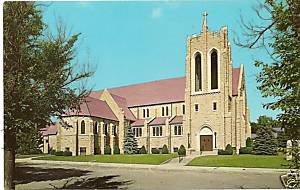 Theologizing about church is, for me, sort of like theorizing about family.  Something to be done with hesitance and great care.  Nevertheless, in this, the fifth in my series of posts “Getting Theological,” I write about the institution, the idea, the place, and the tradition that is church.

As someone who grew up being taken to church, every Sunday, my first knowledge was that church is something you did with other people, in my case family, and it’s something that you did regularly.  It was a practice that marked you as part of a community and as a certain kind of person.  I knew people who didn’t do this, in the neighborhood, at school, in my young consciousness of other people, and I didn’t know what that would be like.

My understanding of church is also affected by the fact that my great-grandparents helped build and fund the country church where they are now buried, where my great-aunts and uncles, and other distant relatives are buried and will be laid to rest. 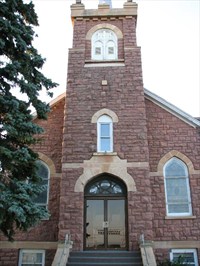 It’s a church with an altar whose gold accent paint was retouched several times by the women in my family.  Where I buried an uncle too soon, watched my husband help carry the caskets of my own grandparents while I stood with my nephews, where I have planted flowers and cleaned gravestones on many Memorial Days past, learning the stories of the people I never met, and where my own parents will someday be buried. The rose-quartz Lutheran church building standing sentry on the windswept country hillside surrounded by farms and family is ever-present in my consciousness.

As is the other stone church standing atop a hill in the small city in which I grew up.  With the small side chapel featuring the altar from the original church building a few blocks away, where I was baptized and in which my husband and I were married. 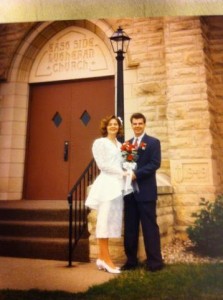 With the grand sanctuary and detailed stained glass windows where my brother and his wife were married, and where I have worshipped alongside my parents for decades.  Dozens of candlelight Christmas eves and countless Sunday morning services.  Sunday school.  Confirmation.  Church camp.

See … church and family are inextricable in so many ways.

But there is more to say that isn’t as personal.  Or maybe it is, but in another way.  In a less positive way.  Because church is also a place of pain for people.  A dear friend once told me the story of how he was beaten up at church by others in his confirmation class.  Because he was gay.  With the pastor nearby doing nothing to intervene.

I’ve talked to a parent whose teenage son attempted suicide almost a dozen times because his church didn’t respect his deep understanding that he was, in fact, born that way.  I’ve heard stories from a woman whose pastor counseled her to endure abuse from her husband because divorce was not an option and it’s what a good Christian woman should do.  And I’ve sat with the woman whose pastor told her that his sexual assault of her was her fault.  And he forgave her.

I’ve even had countless conversations with young people trying to figure out the simple question:  Can you be Christian if you don’t go to church?

Of course you can.  Even though church can be a practice that is life-giving and a place that connects people to each other in empowering ways, it can be a place that oppresses and stifles.

Because whatever else church is, it is a human community.  I’ve written elsewhere about how human beings are both graced and broken, and the same must be said about church.  Because of this, I appreciate Mary Daly’s radical feminist idea of ‘sisterhood’ as anti-church, “creating a counter-world to the society endorsed by patriarchal religion,” AND sisterhood as church.  Both ideas were preached in her famed 1971 sermon at Harvard Memorial Church on “The Women’s Movement:  An Exodus Community:”

“Sisterhood is also functioning as church, proclaiming dimensions of truth which religion fails to proclaim.  It is a space set apart, in which we can be ourselves, free of the mendacious contortions of mind, will, and feeling demanded of us ‘out there.’  It is a charismatic community, in which we experience prophecy and healing.”

We recently installed a new pastor at the church where I am now a member.  The first sermon he delivered, as part of the installation service, was a children’s sermon.  The synod bishop preached the “regular” sermon that day.  Now, I admit to not being a fan of the idea and practice of children’s sermons.  Here’s what I kind of liked about this one:  Because the gospel text he had chosen for this service was John 13:1-17, where Jesus washes the feet of the disciples in advance of the Passover meal, this pastor’s first public act and message in worship involved washing the feet of a child.

Washing the feet of a child.

This is the work of church.  A model of servant leadership.

It’s an example of not only what a pastor can be, but what a church should do:  care for others, attend to the vulnerable, serve the community, challenge preconceived notions of power and humility.

Whatever else church is, it will always be about people. 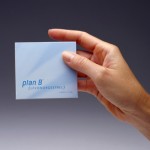