Can a Story Make You Believe in God?

Can a Story Make You Believe in God? November 26, 2012 Caryn Riswold

So, can a story make you believe in God?

Note:  In this post, I take up a central question posed by the framing of Life of Pi.  If you don’t want to know how it ends yet, read this post after you read the book or see the movie.

“So tell me, since it makes no factual difference to you and you can’t prove the question either way, which story do you prefer?  Which is the better story, the story with animals or the story without animals?

“The story with animals.”

This climactic conversation in Yann Martel’s 2001 award-winning book, Life of Pi, now adapted for the big screen and showing in 3D, suggests one thing to me:  Reality is so terrible that we construct stories around it in order to survive, to find meaning, and even to create magic.

I don’t think that a story can make you believe in God.  But sometimes, people choose to believe the stories that we call religion.  As a young boy in the story, Pi explores the story of Hinduism, meets Jesus, and begins praying to Allah, all at the same time.  He craves story and more story.  He is the quintessential seeker.

And so it is with religion.

So yes, I like the story with the tiger too.  It’s more tolerable to see a hyena eat a zebra and kill an orangutan than too watch a crazed cook cannibalize a sailor and kill your mother before you kill him.  It might be easier to survive 277 days in a lifeboat when you have someone else’s life to focus on, even if it’s a tiger who might eat you, than to be alone with yourself and your fate.

But remember that the story with the tiger is also a terrible one.  It’s bloody and violent and terrifying.  Choose:  sleeping in a boat with a tiger who might eat you, or dangling from a life ring mere feet from sharks who might eat you.  Watch:  animals suffering and dying in front of you.  Learn:  how to tame a Bengal tiger in the middle of the Pacific Ocean.  Life in this story is far from pleasant and secure.

Religion, the constructed story, is the less terrible option for some people.  But we ought not romanticize it, because it too kills.  Nonbelievers are excluded from every major religion.  Women have been dehumanized, sexual minorities delegitimized, and segregation blessed, all in the name of religion.  Wars have been fought and enemies slaughtered, all in the name of someone’s God.

So, I don’t think a story can “make you believe in God.”  You do or you don’t.  If you do, if you have a story that you have chosen to accept.  But remember to hear all of the story, and not just the parts you like.  Remember too who is left out of that story, who dies in that story, and pay attention to who tells it.

Then, maybe, you can be part of changing the story.

Note: This is a contribution to a Movie Club feature on The Life of Pi. Through our Movie Channel, Patheos works together with movie studios to host conversations about films that raise basic moral and spiritual questions. Follow Patheos Movies on Facebook. 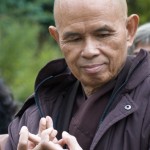 November 27, 2012 It's Racism, Stupid
Recent Comments
0 | Leave a Comment
"They were all too aware of human perversions then and in the age before. Genesis ..."
Bob Shiloh How Gender Studies Transforms Religions
"I have Eve Wood-Langford's book in my personal library. I bought it because I was ..."
Walter Mattfeld The Most Interesting Chapter in the ..."
"You guys aren’t even close to Christians. You believe you’re better than Christ and can ..."
Kyle Racism, Sexism, & The Holiday Classics
"Even as a reverent agnostic, yet assuming a genuine divine revelation, I wonder how that ..."
John Gills How Gender Studies Transforms Religions
Browse Our Archives
get the latest from
Progressive Christian
Sign up for our newsletter
POPULAR AT PATHEOS Progressive Christian
1

Where the miles are marked in...
slacktivist
Related posts from Caryn Riswold