David Frum (Surprisingly?) Gets it Right on Abortion

Perhaps because he was a speechwriter for President George W. Bush, I don’t often expect to agree with David Frum. 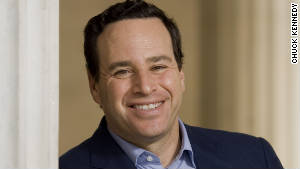 However, in his latest piece over at CNN.com, he “gets real” about abortion and I think gets it right.  As most activists for protecting access to safe and legal abortion as an issue of women’s health know, and have been pointing out for years, Frum states:

Frum goes on to give examples about maternal health policies and practices from Germany as a prime example of a nation with socialized medicine and generous health benefits, and one of the world’s lowest abortion rates.  And, he points out:

I’ve noted here on this blog how Bryce Covert highlighted this economic reality over at The Nation earlier this year.  Frum continues:

These trends should not surprise anyone. Women choose abortion for one overwhelming reason: economic insecurity. The large majority of women who chose abortion in 2008, 57%, reported a disruptive event in their lives in the previous 12 months: most often, the loss of a job or home.

It is important to note, in contrast to what anti-choicers and blog trolls will say, that this is not a cavalier decision a woman makes, and not one that paves the way for killing children if you lose your job.  Only Pat Robertson would jump to that nonsensical conclusion.

Frum gives examples from the Netherlands and why immigrant women’s abortion rates have been rising:

They chose abortion because they had become sexually active within male-dominated immigrant subcultures in which access to birth control was restricted, in which female sexuality was tightly policed, in which girls who become pregnant outside marriage are disgraced and in which the costs and obligations of childbearing loaded almost entirely on women alone.

Abortion is a product of poverty and maternal distress.

Not only can we do something to alleviate these things, we have in living memory in this country a keen understanding of what life was like when abortion was not safe and legal:

A woman who enjoys the most emotional and financial security and who has chosen the timing of her pregnancy will not choose abortion, even when abortion laws are liberal. A woman who is dominated, who is poor and who fears bearing the child is likely to find an abortion, even where abortion is restricted, as it was across the United States before 1965.

Regardless of political persuasion, if we do in fact get real about abortion and reproductive justice, rather than getting hyperbolic, we can all get it right.

November 2, 2012 The War on Black Women
Recent Comments
0 | Leave a Comment
"They were all too aware of human perversions then and in the age before. Genesis ..."
Bob Shiloh How Gender Studies Transforms Religions
"I have Eve Wood-Langford's book in my personal library. I bought it because I was ..."
Walter Mattfeld The Most Interesting Chapter in the ..."
"You guys aren’t even close to Christians. You believe you’re better than Christ and can ..."
Kyle Racism, Sexism, & The Holiday Classics
"Even as a reverent agnostic, yet assuming a genuine divine revelation, I wonder how that ..."
John Gills How Gender Studies Transforms Religions
Browse Our Archives
get the latest from
Progressive Christian
Sign up for our newsletter
POPULAR AT PATHEOS Progressive Christian
1

Jesus is/isn't the only way. -...
The Holy Kiss
Related posts from Caryn Riswold