Interview: The Grace & The Mess

Sally Steenland, Director of the Faith & Progressive Policy Initiative at the Center for American Progress, interviewed me recently as part of our work on Faith & Reproductive Justice this year.  The transcript, as well as the audio podcast, are available on the CAP website.

Here is a sample:

SS: Let me ask you another question about the election. Some commentators who noted the defeat of Tea Party candidates like Todd Akin from Missouri and Richard Mourdock from Indiana have been proclaiming that this marks the demise of the religious right—that it’s is a victory for women’s reproductive health and means we are a pro-choice nation.

On the Democratic side, we saw a number of candidates, including the president, campaign openly for abortion rights. And they won. On top of that, we saw four states where voters went to the ballot box and voted against discrimination and for marriage equality. What’s your take on these victories and defeats?

CR: I’ve been reading some of these analyses too. I have what I call “tentative hope” because there were some meaningful wins for women and for reproductive justice in the 2012 election. We should be able to take our moment and celebrate that.  I’m not the only one to reference the statement associated with Martin Luther King that the arc of the moral universe is long but it bends toward justice. I believe that to be true. We have 20 women in the Senate now, the most racially, sexually, religiously, diverse congress in history, and the president was reelected in part because of his support for the right of gay and lesbian Americans to marry. I think that’s a big deal.

But—this is the tentative part—there has been so much work against all of these things in recent years, especially the many measures limiting women’s access to the full range of health care at the state level. There is still a deep painful undercurrent of racism in this country that comes to the surface at various moments and is not going away quickly. Misogyny still informs the decisions and rhetoric of too many politicians who simply don’t trust women to make their own decisions about their health and lives.

I was born in 1971 and I have no memory of contraception ever being a debatable good until this year. So this just happened. We shouldn’t pretend that the Catholic bishops are done with their legal challenges to the Affordable Care Act or that any conservative politician changed his views about race and abortion on Election Day or afterwards. We’ve still got work to do because these forces, these views, these attitudes are still there.

One of the analyses I read postelection that was helpful was Jessica Valenti’s piece at The Nation. She said there’s always going to be resistance and “the feminazi days are not over by a long shot.” That is to say the forces of resistance aren’t gone, but we’ve got a lot of energy and a lot of opportunities. We need to seize the moment and keep doing what we’re doing.

There’s much more to this great conversation … and you can hear what I sound like on the podcast! … check it all out here. 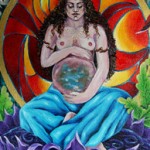 December 4, 2012 Top Three Posts in November
Recent Comments
0 | Leave a Comment
"They were all too aware of human perversions then and in the age before. Genesis ..."
Bob Shiloh How Gender Studies Transforms Religions
"I have Eve Wood-Langford's book in my personal library. I bought it because I was ..."
Walter Mattfeld The Most Interesting Chapter in the ..."
"You guys aren’t even close to Christians. You believe you’re better than Christ and can ..."
Kyle Racism, Sexism, & The Holiday Classics
"Even as a reverent agnostic, yet assuming a genuine divine revelation, I wonder how that ..."
John Gills How Gender Studies Transforms Religions
Browse Our Archives
get the latest from
Progressive Christian
Sign up for our newsletter
POPULAR AT PATHEOS Progressive Christian
1