“Too many children are dying. Too many children,” [Gabrielle] Giffords almost whispered, speaking slowly and with difficulty the eight most important words that anyone would utter during the entire four-hour hearing.”

That was in Washington, D.C., at the Senate Judiciary Committee’s hearing on gun violence, on January 30, 2013.

A teenage girl who performed at President Obama’s inauguration with her high school band earlier this month was shot to death Tuesday afternoon at a Chicago park, CBS Chicago reports.  Police said 15-year-old Hadiya Pendleton was taking shelter from the rain under a canopy at the park with about 12 other teenagers when a man jumped a fence, ran up to them and opened fire. The gunman then fled the scene in an automobile.

Hadiya was shot once in the back and died at University of Chicago Comer Children’s Hospital less than an hour later, CBS Chicago reports. An unidentified teenage boy was shot in the leg and is being treated at the hospital.

Would you rather have your 911 call bring a good guy with a gun from a mile away or from a minute away?

Now, I can imagine the headlines, the shocking headlines you’ll print tomorrow. “More guns,” you’ll claim, “are the NRA’s answer to everything.” Your implication will be that guns are evil and have no place in society, much less in our schools.

That was Wayne LaPierre’s first speech after Sandy Hook, December 21, 2012. 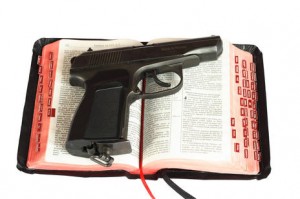 Praying for a gun.

It’s time to revisit Garry Wills’ brilliant essay following the Sandy Hook massacre.  In case you missed it, he made a compelling case for how The Gun has become this culture’s god, an idol demanding ultimate devotion and allegiance.  Is that not what LaPierre argues?

The gun is not a mere tool, a bit of technology, a political issue, a point of debate. It is an object of reverence. Devotion to it precludes interruption with the sacrifices it entails. Like most gods, it does what it will, and cannot be questioned. Its acolytes think it is capable only of good things. It guarantees life and safety and freedom. It even guarantees law. Law grows from it. Then how can law question it?

Its power to do good is matched by its incapacity to do anything wrong. It cannot kill. Thwarting the god is what kills. If it seems to kill, that is only because the god’s bottomless appetite for death has not been adequately fed. The answer to problems caused by guns is more guns, millions of guns, guns everywhere, carried openly, carried secretly, in bars, in churches, in offices, in government buildings. Only the lack of guns can be a curse, not their beneficent omnipresence.

A chilling and damningly accurate description.

Children are being sacrificed to this god Gun every single day.

Is it worth it?

Gifford image via We Are Better Than This.  Gun image via Deseret News. 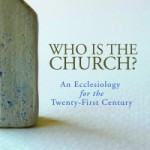