I Am Not Trayvon Martin

In 1903 they were true.  In 2013 they remain true.  The words of W.E.B. DuBois about what it means to be a black man in the United States, with which Melissa Harris-Perry began her program’s footnote the day after Trayvon Martin’s killer was found not guilty:

“Between me and the other world there is ever an unasked question: unasked by some through feelings of delicacy; by others through the difficulty of rightly framing it. All, nevertheless, flutter round it. How does it feel to be a problem?”

Visit NBCNews.com for breaking news, world news, and news about the economy

And in case you missed it when it was making the rounds recently, watch this two and a half minute clip in which Lavar Burton describes his routine for when he gets stopped by the police … and anti-racism educator Tim Wise describes a fundamentally different experience for white men in the U.S.

In the months leading up to the trial of George Zimmerman, #IAmTrayvonMartin became a popular hashtag, a way for people to show support, empathy, solidarity.  I think it’s important for me and all white people who work for racial justice to say:  I Am Not Trayvon Martin.  Like Tim Wise, I was more or less told to be nice to the police.  I generally perceive law enforcement to exist in order to protect me.  I will not be hunted down on the street because of the color of my skin.  I will not be suspected of stealing the nice car I might be driving or trying to get into.  I have never been followed in a store by a clerk who is afraid I might steal something.

Understanding this is a base level of awareness of white privilege, necessary in order to dismantle the system that declares open season on young black men.

For a humorous interlude, do find and watch DL Hughley’s Comedy Central mockumentary The Endangered List wherein he sort-of-comically lobbies the EPA to have the Black Man declared an endangered species.  Here’s a clip of him on The Daily Show talking about it: 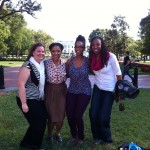 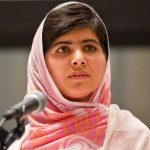 July 17, 2013 "They Think That God is A Tiny Little Conservative Being"
Recent Comments
0 | Leave a Comment
Browse Our Archives
Related posts from Caryn Riswold