George Fox University decided that references to sex in Title IX don’t include gender identity.  The Office for Civil Rights of the Department of Education says it does.

Hobby Lobby owners decided that IUD’s are abortifacients.  The American College of Obstetrics and Gynecology says they are not.

On what basis did the private Christian university and the incorporated craft store make their requests for exemption to federal law?  Not better science or better sociology; Because religion.

I ask:  Who gets to interpret, define, and implement Title IX?  Who ought to be listened to on the science of contraceptive devices?

I surely don’t understand how a corporation can exercise religious freedom.  And I’m trying to understand religious exemptions to Title IX.

A lot has been written about Hobby Lobby and the flaws in the court’s decision earlier this summer, how it enshrines corporate personhood’s religious freedom, and how it disproportionately burdens female employees by creating potential barriers between them and federally provided healthcare.

Less is known about what is going on with requests for religious exemptions to Title IX, particularly in terms of transgender students. 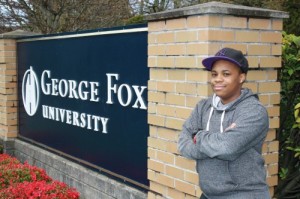 Here’s a summary of the George Fox case from the Title IX Blog earlier this summer:

George Fox University is a Christian institution in Oregon that was founded on Quaker principles.  In April, it denied a transgender student named Jayce M. the right to live in on-campus housing consistent with his male gender identity, offering him instead the opportunity to live with other men in off-campus housing if certain conditions were met.  With the help of attorneys, Jayce filed a Title IX complaint with the Department of Education’s Office for Civil Rights, arguing that the decision discriminated against him on the basis of gender identity.  The complaint seemed poised to allow OCR the opportunity to give effect to the broad, trans-inclusive definition of sex discrimination that it has lately been espousing, such most recently in its guidance on sexual assault. But instead, OCR has granted a religious exemption to George Fox that has effectively immunized the institution from Jayce’s Title IX challenge.

Jayce is appealing the Department’s decision.

Title IX apparently does include within it a narrowly defined religious exemption for institutions that are controlled by a religious organization (“not just a private school with a certain religious tradition,”) and who have specific religious tenets that would conflict with application of the law.  The Title IX Blog notes that it is difficult to see how George Fox fits either of these criteria, given its status as a “public benefit” nonprofit corporation, instead of a religious nonprofit.  It is not controlled by a religious organization, rather it seems to fit the model of a church-related university with a strong mission and identity connected to its religious heritage.  This is in contrast to an institution like Notre Dame University, for which it is easy to understand what religious organization controls it.

When examining the religious tenet angle, we find a fundamental problem with loosening criteria for religious exceptions.  An article in PQ Monthly includes dissenting interpretation of Quaker theology from two local pastors who support Jayce in his appeal:

“The theological framework of our Faith & Practice affirms the inherent dignity of all people, regardless of their gender identity:

We witness to the dignity and worth of all persons before God. We repudiate and seek to remove discrimination based on gender, race, nationality, or class. … (Faith Expressed through Witness: 11).

The same Faith & Practice urges us to consider: Do you speak out for justice and morality, and against oppression, exploitation, and public wrong? Do you recognize the equality of persons regardless of race, gender, or economic status (The Queries #18: 13)?

Based upon these theological convictions, we ask George Fox University to honor the housing requests of its transgender students.  Let us follow the example of Jesus Christ, and extend hospitality to those who might otherwise be unsafe and unwelcome in our communities.”

There seems to be genuine disagreement within the Quaker tradition about its religious tenets.  There isn’t, in fact, an official doctrine or teaching that GFU is pointing to on which its exemption should be based.  They point to their tradition.  A contrasting example would be the religious tenet of the Roman Catholic Church that women not be priests, or that contraception not be used.  These are certainly contested ideas among Catholics, and yet the Church has an official position that it can promote and enforce via the institutions it controls.

So, not only is George Fox not “controlled by a religious authority” in the same way as a Notre Dame, the “religious tenets” it claims as a basis for exemption from federal law don’t seem to exist outside their own interpretation of the Quaker tradition.

The land of religious exceptions creates these problems in the first place.  Should we still have them?  Perhaps, with very strict and very narrow application.  Unfortunately, Hobby Lobby and now George Fox University have set precedents that enshrine flawed reasoning and privilege the religion of the powerful in ways that disadvantage the already marginalized. 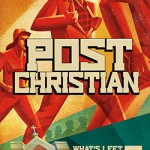 Snake-handling is unwise, but at least...
slacktivist
Related posts from Caryn Riswold