Just Because You Missed the Wave …

Just Because You Missed the Wave … December 10, 2014 Caryn Riswold 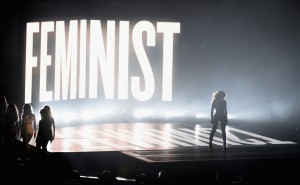 In a recent piece on CNN.com, Nina Burleigh reveals that she’s pretty ignorant about the history of feminism:  “Historians could look back on this year as the beginning of feminism’s third wave.”

There are several problems with this claim.

First, for an accomplished writer, she hasn’t read much about feminism.  Rebecca Walker first named a “third wave” of feminism in her 1995 book To Be Real, in a discussion about the experiences of women raised on and with second-wave feminist ideas and achievements. (Second wave = 1960s & 1970s feminist activism; First wave = 19th century suffrage movement). Jennifer Baumgardner and Amy Richards co-wrote the widely read Manifesta in 2000 to talk about younger women and feminism, with the same generational mindset Walker noted. There have been anthologies of third-wave feminist work like Catching a Wave: Reclaiming Feminism for the 21st Century (2003) and The Fire This Time: Young Activists and the New Feminism (2004) that point out how “this” generation of feminists learned from the failure to analyze interlocking systems of oppression of their mothers’ generation. Incorporating intersectional analysis and theoretical frameworks from scholars like Patricia Hill Collins began to characterize the feminism that I (and Walker, Baumgardner, Richards, et.al.) inhabited as a woman who, like Burleigh, came of age in the 1980s and navigated college and graduate school in the 1990s. 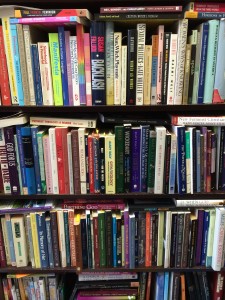 I’d venture a guess to say that every introductory textbook in every introductory course in women’s studies, women’s history, or gender studies talks about what third wave feminism is. Read one. I’ve even been working to articulate what a third wave feminist theology might look like since 2009. It’s an old concept. So old that debate about the end of the wave metaphor has become the new wave. No-Wave is the new wave.

Second, Burleigh simply reveals her own race and class privilege when she asserts what was apparently true for her, but I’d argue is not true for our entire generation of women:

“My generation of women, who came of age in the 1980s, did not really carry forward the banner of feminism. We took advantage of the gains of the 1970s, getting good jobs and having children and then got so busy having it all that we had no time left over. And it was terribly important to fit in, to be one of the guys, to fly under the radar as women. The last thing we wanted was to be labeled as victims, to wear the humiliation of being prey.”

I’d like to rewrite this to substitute the first person singular where Burleigh makes a sweeping claim for her generation. It’s a whole lot more accurate and revealing:

“I did not really carry forward the banner of feminism. I took advantage of the gains of the 1970s, getting a good job and having children and then got so busy having it all that I had no time left over. And I thought it was terribly important to fit in, to be one of the guys, to fly under the radar. The last thing I wanted was to be labeled as a victim.”

Fine. If that’s what you did and who you are, claim it and name it, Nina Burleigh. But don’t let your ignorance about the fierce activism of an entire generation of feminist activists erase their work. We’ve been working, fighting, teaching, arguing, writing, speaking, and serving while you’ve been busy getting that good job and trying to hide out under your privilege. Young women have been telling the truth about rape and sexual assault for generations, including during the 1980s and 1990s. Eve Ensler has made an industry (now subject to much important critique) out of younger women on college campuses finding empowerment by talking about violence against women on stages across this country. Since 1994. That’s twenty years. Twenty.

Yes, it was a fascinating year for feminism.

But then, most of them are.

If you pay attention. 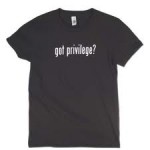