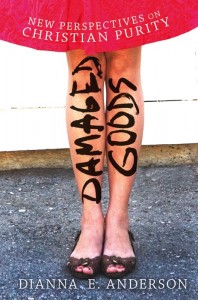 “No matter your age, you have rights to your own body.”

“Churches are a community, but your body is not community property.”

“You, and only you, have the ability to say yes or no for yourself.”

“Your feelings are valid: It’s OK to be who you are.”

Dianna Anderson is crystal clear about who the reader of her new book, Damaged Goods: New Perspectives on Christian Purity, should be. Damaged girls … that is, anyone who has been damaged by the evangelical Christian purity culture that teaches girls to ignore their feelings, boys to ignore girls’ desires, and everyone to attach self-worth to virginity.

Weaving her own story of growing up and coming of age alongside interviews with other women and men who have navigated the minefield of sex-shaming that permeates a certain kind of Christian subculture, Anderson returns over and over again to messages like these. It seems she wishes she would have heard these things at age 10, or 14, or 17, or 20.  The book is accessible, compelling, substantive as well as provocative. The author directly takes on key texts, authors, and leaders that continue to inform this subculture, including Joshua Harris, Mark Driscoll, and Eric and Leslie Ludy. Though I found her exclusion of Jessica Valenti’s book, The Purity Myth, from any citation or reference puzzling, it is understandable considering who the audience is.  It isn’t young women who would read the author of Full Frontal Feminism. It is young women and young men who would read Dateable.

And this is what distinguishes Anderson’s work from that of Valenti and other feminist scholars who have taken on the rise of purity culture in recent decades. Church. In the first chapter, she says plainly, “I love the Church, and I believe firmly that in teaching purity doctrines and promoting purity culture we have lost our way. We have forgotten justice and mercy in the name of legalism. We have deviated from a God of grace and love and mercy ….”Anderson is calling out churches and Christian people who have perpetuated a culture of shame and dysfunction, inviting them to reconsider the very biblical texts they claim to base their teachings on in a chapter titled “Let’s Get Biblical,” as well as the myriad other activities and messages absorbed by young people in their midst.

Anderson is very clear about the consequences of this culture, both for individuals who are damaged by it, and for a culture that absorbs its messages about women and men. In a chapter on rape and sexual assault, she points out that:

There’s a lot at stake here, and Anderson deftly points out not only this complex intersection, but also the ways that racism, ableism, and heterosexism are supported and reinforced by evangelical Christian purity culture.

The aspect of Anderson’s book that fascinates me the most is a personal one. I grew up in the same town she did, and we might have even gone to the same high school a little more than a decade apart. Yet I experienced almost none of what she describes of Christian purity culture. I attribute this to two things: generation and denomination. While Anderson came of age as an adolescent in the 1990s, I was a teen of the 1980s. While she grew up in a large Baptist congregation and attended a Baptist college, I grew up in the Evangelical Lutheran Church in America and attended a Lutheran college. Actually, that Baptist college and that Lutheran college are separated by only a few blocks. Oh sure, I remember having learned that it was good to wait to have sex until marriage or at least until you were in a meaningful relationship, but I experienced none of this evangelical purity subculture. For teens of my era, learning about sex was entirely shaped by the AIDS-panic-confusion of the Reagan era.

What this tells me is that the contours of a young person’s life are powerfully shaped by her immediate experiences of faith and family, as well as by the larger social, theological, and political currents swirling around them. What we do and say about sex in public, and especially in church, matters deeply to young people trying to figure it all out.

I’m pretty sure this is why Dianna Anderson wrote this book, for damaged girls. For all the girls who have told they are damaged because of their feelings and desires and actions, but in fact who have been damaged by the very community that purports to protect their honor.

Because, in the end, “God’s children are never ‘damaged goods.’” 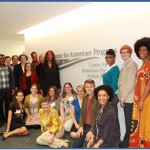 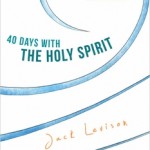 February 8, 2015 Disciplining the Spirit With Jack Levison
Recent Comments
0 | Leave a Comment
"They were all too aware of human perversions then and in the age before. Genesis ..."
Bob Shiloh How Gender Studies Transforms Religions
"I have Eve Wood-Langford's book in my personal library. I bought it because I was ..."
Walter Mattfeld The Most Interesting Chapter in the ..."
"You guys aren’t even close to Christians. You believe you’re better than Christ and can ..."
Kyle Racism, Sexism, & The Holiday Classics
"Even as a reverent agnostic, yet assuming a genuine divine revelation, I wonder how that ..."
John Gills How Gender Studies Transforms Religions
Browse Our Archives
Related posts from Caryn Riswold