The Printing Press is Dead. So Buy My Luther Book on Kindle!

The Printing Press is Dead. So Buy My Luther Book on Kindle! June 8, 2015 Caryn Riswold

I’ve written here before about events leading up to Lutherans’ commemoration of the 500th anniversary of Martin Luther posting the Ninety-Five Theses for debate and discussion in Wittenberg, Germany. In a recent conversation about this anniversary, a colleague pointed out that among the many things we ought to be reflecting on that have (and have not) changed in Christianity and the world since 1517 is the state of the printing press.

Many historians have noted that Johannes Gutenberg’s newly invented printing press made the sixteenth-century Reformation possible in a way that it might not have been in a previous generation.  The ability to produce many copies of tracts, treatises, essays, and sermons, and distribute them widely, meant that the work of Luther, and John Calvin, and Ulrich Zwingli, and Erasmus, and others was read, studied, and preserved by a lot of people.

In my book, Two Reformers, I described it this way:

“His treatises and essays were widely distributed because of the newly invented printing press.  The public was involved in his theological disputes from early in his career.  Access to texts in local language is a key element of Luther’s entire system of thought, and his work is built upon this access.” (p.41).

Given these reflections on the role of the printing press five hundred years ago, I was bemused to get an email from my publisher just last week letting me know that my second book, Two Reformers: Martin Luther and Mary Daly as Political Theologians, is now available on Kindle.  Who needs the printing press anyway?

Well, I do (and you can still get the print edition of the book).  As much as I embrace new media and new forms of publishing (like this blog!), I love a book.  I love books.  Books that I can hold in my hand put a bookmark in, toss in a bag, read without staring at a glowy screen.  Books that I can walk among in a used bookstore, keep on the shelves in my dining room, old friends standing sentinel.

I also learned amidst these 500th anniversary discussions that some are advancing the idea of “the Gutenberg parenthesis.”  This is:

“the idea that the digital age, rather than solely a leap into the future, also marks a return to practices and ways of thinking that were central to human societies before Johannes Gutenberg’s 15th century invention changed human literacy and the world.

The era that preceded Gutenberg’s invention, the theory goes, was a time of fluidity and ‘orality’—speeches, plays, songs, and other communications, including news—that weren’t written down, but instead were ephemeral and uncontained, easily shared, manipulated, and changed by each person who experienced them. The printing press, the authors contend, for the first time on a mass scale introduced the idea of fixity, permanence, and ‘containment.’ Ideas were now impressed on a page and literally ‘bound’ forever—essentially unalterable and thus given a new authority, whether it was deserved or not, that oral communication didn’t have.”

The authors of the hypothesis include Thomas Pettitt and Lars Ole Sauerberg, interviewed here, and there’s a great image that Pettitt created here.

It’s intriguing to think about this with the scope of human history in mind.  Laments for the death of the book, the loss of daily newspapers, the closing of local independent bookstores are real.  Yet note the ways that authority was established in the hands of the printer (whether he deserved it or not) and knowledge was falsely fixed in moveable type.  It doesn’t take much reflection to see how this actually stratified knowledge and access in a new hierarchy that persists in publishing today.  So, how will we reshape culture on the other side of the Gutenberg parenthesis?

June 3, 2015
Jesus is Not a Get-Out-of-Jail-Free Card: Christian Privilege & the Duggars
Next Post 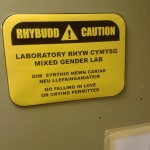