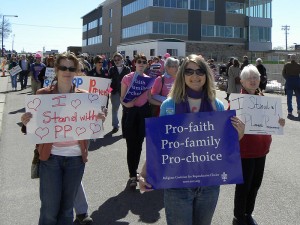 After dismissing the edited videos that pretend to catch Planned Parenthood staffers in a compromising position, Jay Michaelson takes on the issue of fetal tissue donation and points out:

“Nearly 20 years ago, the Conservative movement, then the largest movement in American Judaism, ruled that not only is organ donation permitted — it is religiously required. The Jewish-legal issues regarding the use of fetal tissue for stem cell research are more complicated, but many rabbis believe the obligation to be similar.

So, yes, in my religious understanding, those two Planned Parenthood staff members are helping fulfill a divine commandment. Perhaps not as delicately as they should have been, but once again, that’s human nature.”

The tagline for Planned Parenthood says it plainly: “Care. No matter what.”

Fetal tissue donation is not a new practice, nor is it exclusive to Planned Parenthood. But, as others have pointed out, this latest effort is more about taking rights away from women than it is about exposing any heretofore unknown truths.

It’s also about discrediting one of the country’s leading providers of healthcare for women. The organization’s website states that one in five women in the U.S. has sought some form of healthcare from Planned Parenthood at least once in her life (this one included). Their health centers provide comprehensive medical care to women on the margins, women with economic need, women who need education and information, and women whom society would rather dismiss. Women who need pregnancy tests. Women who benefit from cancer screening. Women who haven’t seen any other doctor for years because they can’t afford it. Women who need to know their options. 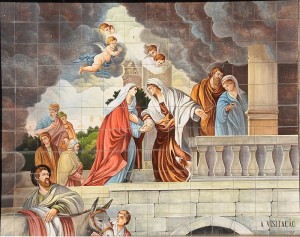 As Matthew tells the story of Jesus’ origin:

“When his mother Mary had been engaged to Joseph, but before they lived together, she was found to be with child from the Holy Spirit. Her husband Joseph, being a righteous man and unwilling to expose her to public disgrace, planned to dismiss her quietly.” (1:18-19).

A messenger from God suggests that he do otherwise, and he complies by marrying her.

Then, in Luke’s gospel,

“Mary set out and went with haste to a Judean town in the hill country, where she entered the house of Zechariah and greeted [her relative] Elizabeth. … And Mary remained with her about three months and then returned to her home.” (1:39, 56).

A young woman who is pregnant, having gotten that way outside the bounds of patriarchal social and religious convention, is at risk of public disgrace, about to be dismissed by her fiancée. She seeks advice and comfort from distant family before returning home, resolved to trust in God and her own ability to bring this new life about.

Christians believe many things about the rest of this story and its miraculous threads, but never forget: This is entirely a story about a woman on the margin of society coping with a pregnancy she didn’t expect. Seeking advice and information. Able then to make her own decision. I have written before about this theme and suggested that we should trust women, because in this and many other cases, God does.

And consider who is really doing God’s work. 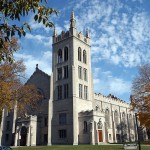 July 24, 2015
Some Good News in Religious Higher Ed
Next Post 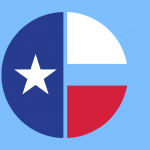