Prince Was My Third Tween Love (the naughty one) 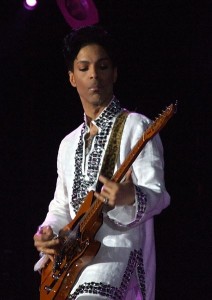 After memorizing every word of every song on my Rick Springfield cassette tape of Living in Oz, and mooning over my poster of Michael Jackson in his yellow sweater-vest, I came of a certain-age knowing that there was something dangerous and the right amount of naughty about Prince. I knew that he was a different kind of man, the way he dressed and presented himself. My later feminist self would understand gender performance, androgyny symbols, and challenges to hegemonic masculinity, but Purple Rain embedded itself right at the beginning of my teen years, I was 12-going-on-13 in 1984, when all the hormones were going in all the directions.

I remember seeing Purple Rain, the movie, on a borrowed VHS cassette player at home and crying my tweeny eyes out. It was bound up with the fact that a boy I liked (one of few nonwhite students at my school, he also loved Prince) had moved away unexpectedly that week. There were rumors of some terrible thing happening in his family. The violent drama with Prince’s on-screen family was too much for me to take as my body grew accustomed to monthly swings in moods and the inability to wear white pants at certain times.

It’s a strange connection: intense cramps, early menstrual messes, and emotional overload with this movie and his music. But it was visceral. Prince’s music and persona were that kind of intense for many of us. I’m sure I only partially understood much of it at the time, and actually watching the movie again just a few years ago I realized it was kind of a terrible (sexist!) film.

But that didn’t matter to my tween self. All that mattered was feeling deeply, questioning mightily, and wondering what it all meant. Wendy, Lisa, Nikki … wait, what is happening?! What is he doing with that guitar?!

This article from 2013 points out how sex and religion both found themselves threaded in and around Prince’s work. Desiree Browne spoke with Touré about his book I Would Die 4 U: Why Prince Became an Icon.

“Prince acted as a sort of ‘cool older brother,’ Touré writes, guiding an embattled generation through a spike in divorce rates, a bad economy, the threat of nuclear war and, especially, the terrifying aspects of sex in the time of AIDS. As for the other scary stuff that faced Gen Xers, Prince got it because he’d had similar experiences, albeit a little earlier. ‘He’s there as this sort of outlet, so that if you’re nervous about having sex, you can sort of have sex via his music and the intensity of sexual discussion,’ Touré said.”

He also describes the aspect of Prince’s persona that brought religion into his work:

“And then there’s the guy who really is thoughtful and introspective and holds religious considerations close to his heart and ponders those questions sincerely and genuinely and deeply.”

Having been raised Seventh-Day Adventist, Prince became a Jehovah’s Witness in 2001. These are not things one does lightly, and these are not religious identities that exist without making an impact on a person’s life.

Again, Brown refers to Touré’s work, providing an excellent view of the lead-track on Purple Rain, “Let’s Go Crazy” (oh how I worked on memorizing that spoken-word intro!!):

“More central to Prince’s religious message is ‘Let’s Go Crazy.’ It’s Prince as preacher, telling us religion is fun and will keep us happy in the face of life’s troubles. (“Dearly beloved / We are gathered here today / to get through this thing called life”; “Things are much harder here than in the afterworld.”) Who needs doctors and experts? (“So when you call up that shrink in Beverly Hills / You know the one, Dr. Everything Will Be Alright.”) The lyrics are his sermon, the music infused with gospel tropes. That famous guitar solo at the end is akin to speaking in tongues.”

Sex and religion. Of course.

(FYI, I wrote about how sex and religion factor in to my love for Madonna, fellow 80s pop icon, in this post.)

“This image of sexuality as something that was godly, that was part of the worship of God, is profound and it’s not cockamamie,” Touré said. “This is a pre-Christian idea that was taken very seriously at one time in history.”

Fundamental to human experience, body and spirit, sex and faith, belief and experience.

Bound up forever in this thing called life.

Even with today’s news of his death. 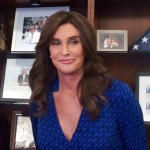 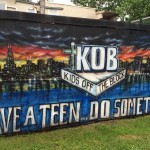 May 2, 2016 #BlackLivesMatter in Barbershop’s Love Letter to Chicago
Recent Comments
0 | Leave a Comment
Browse Our Archives
Follow Us!

About that photo op in front...
The Empty Pew
Related posts from Caryn Riswold