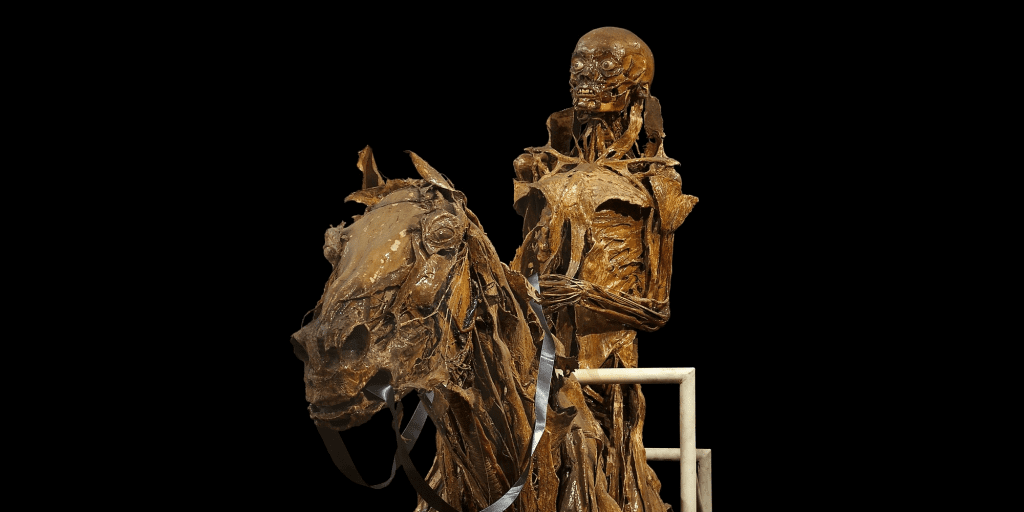 Last week, Crisis Magazine decided that it was the time to bring an old horse back into the race. Now the horse is not in very good condition. It needs a little kicking to get it going. Some would argue that the fact that great, rotten clumps of meat drop from its bones with every shuddering blow is evidence that it is dead. But Crisis apparently has faith.

So the question returns, like Jason Vorhees in the 12th sequel to Friday the 13th: is homosexuality a psychological disorder? And could it be cured?

The article is amusingly titled “Using Modern Science to Treat Homosexuality.” The closest that it actually comes to modern science are some sci-fi dystopian musings on how, if we were return to the historical Christian teaching on homosexuality, modern pharmacological psychology might be able to come up with a pill to cure homosexuality. Latkovic admits that “there is, unfortunately, no drug available (as of yet!) that one could take in order to restore or create normal heterosexual functioning.” But one can see that he’s hopeful.

Sigh. Let’s put the snark aside though and actually look at the reasons why, as a queer Catholic who happens, in fact, to be capable of “heterosexual functioning” (I won’t use the word normal) I think there are serious problems with Latkovic’s underlying claims.

The act itself was the focus of concern, and indeed, to a large extent this Medieval mode of thought continues to shape the Church’s understanding of sexuality. It is the reason, for example, that Humanae Vitae rejected the argument that an overall openness to life, and generosity in having children, should be the benchmark for moral reasoning in regards to contraception. Historical Catholic sexual teaching has always been, and remains, deeply concerned with the nature of acts, viewing psychological factors as complicating accidents which may reduce culpability but cannot alter the nature of sin.

The habit of distinguishing between heterosexual and homosexual as discreet sexual species of person comes from modern psychology – and the Church has generally tried to push back against this way of classifying or understanding people. “The human person, made in the image and likeness of God, can hardly be adequately described by a reductionist reference to his or her sexual orientation. Every one living on the face of the earth has personal problems and difficulties, but challenges to growth, strengths, talents and gifts as well. Today, the Church provides a badly needed context for the care of the human person when she refuses to consider the person as a “heterosexual” or a “homosexual” and insists that every person has a fundamental Identity: the creature of God, and by grace, his child and heir to eternal life.” (CDF 1986)

You kind of can’t have your cake and eat it here. The document does not say “there is only one orientation: heterosexual” it says “the Church…refuses to consider the person as a “heterosexual” or a “homosexual.”” The point here is not that the Church insists on erasing gay identities, but rather that the Church refuses (at least in theory) to distinguish between persons on the basis of their sexual orientation. This statement not only rejects an ontological understanding of homosexuality, it also rejects the overt privileging of the heterosexual as some kind of superior caste.

While the gay rights movement has, in some instances rightly, been accused of reducing the person to their sexual orientation, conservative Christianity of the kind that one finds in Crisis Magazine has done exactly the same thing, just from the opposite direction. The basic assertion of modern sexual psychology – that homosexual and heterosexual are fundamentally distinct species – was predicated in the first place on the belief that homosexuality is a psychological disorder, and it is perpetuated whenever homosexuality is treated as a psychological disorder.

Latkovic is quite explicit in adopting this kind of reductive characterization of homosexuality: “This is nothing less than a disability. To be precise, it is a psychological disorder before it is anything else. This disorder can impede the exercise of one’s freedom.”

The nature of the “disability” in question is straightforward: “the inability to establish a true marital relationship with a person of the opposite sex is harmful to the person with SSA. Without a one-flesh union, the possibility of a family—the very biological purpose of sex—is also obviously impeded.”

It’s assumed here that the ability to marry is fundamental to healthy psychological functioning, and that anything else constitutes a disability. In the light of Catholic tradition, this is simply an absurd statement. Throughout most of the history of the Church the unmarried state has been consistently praised over and above the married state, so much so that many of the Saints have treated even the inclination to marry as a kind of spiritual or mental weakness. Now, I do think that it’s a very great good that that Church has largely moved beyond that kind of thinking – but to claim that its precise inverse is the “historical teaching” of Christianity is simply risible.

More importantly, there’s an underlying assumption that absolute freedom is the normative and desirable state of humanity: that anything which impedes a person’s interior freedom is, necessarily, a psychological disorder. Such thinking is basically the result of a modernist conception of the person as a kind of autonomous tabula rasa. Again, this conception is foreign to Christianity, which sees the constitution of the person as a unique creation endowed by God with particular graces and crosses, rather than as a uniform product which ought to conform to certain normative expectations.

A much more reasonable, and traditional, Christian approach is to believe that “all things work good for those who love God.” That the thorn in one’s side is a means of illustrating the sufficiency of God’s grace. That weakness is strength. That the obstacles that we face, whether interior or exterior, are ultimately meaningful manifestations of Divine Providence. In short, that our lives are not meant to be self-directed and that very often the key to our vocation is found just as much in our limitations as it is found in our strengths.

For myself, if I look at my queerness as a “disability” to function normally as a woman, that tends to lead to depression, despair, frustration, guilt, self-doubt and ultimately a loss of trust in God. And indeed, this is precisely the effect which so many ex-ex-gays have described as the fruits of their attempts to change their sexual orientation through psychotherapeutic means.

The problem here is that people are told that they will not be able to experience a full, authentic, free and complete humanity unless they are able to achieve heterosexuality. They are then offered treatments that don’t actually work – and in too many cases there is a strong implication that the failure of the treatment is the result of either a lack of faith, a lack of effort, or a lack of perseverance on the part of the individual.It should be noted that the most blatant sign of a fraudulent healer is that they blame their patients when treatment fails.

Wishful thinking about straight-pills aside, the fact is that the vast majority of people who attempt orientation change will never reach that goal. This has been demonstrated by study, after study, after study and it is borne out as well in the experience of people who minister to the homosexual community. In my conversations with Fr. Paul Check, the Executive Director of Courage, he has several times reiterated that orientation change is not the purpose of Courage, and that it is not a realistic goal for most people with SSA. He was personally only able to offer only one case that he knew of where someone had been able to enter into a heterosexual marriage as a result of therapy. That more or less lines up with what I’ve seen as a member of the gay Christian community, and it was also the overwhelming experience of leaders in the evangelical ex-gay movement prior to its implosion.

It is also the overwhelming experience of the psychological community. There are a few practitioners who still cling to the unsubstantiated belief that they are able to treat homosexuality effectively – and naturally these few espouse elaborate conspiracy theories to explain why the consensus of their profession is against them, or how it isn’t really against them despite all appearances. The fact is, though, that when you look into it there’s really nothing to substantiate their claims – and believe me, I’ve tried. My present conviction that these therapies do not work is not the result of a desire to discredit them; rather it is the result of having desperately tried to find enough evidence to defend my own earlier work in which I gave them way too much credit on faith.

Ultimately, the psychopathologization of homosexuality does not follow from traditional Christian anthropology, and it is harmful, not helpful, in terms of ministry to gay people. This is why most of the Christian world has abandoned that particular dead horse, and why it is important to finally bury it and to pursue more productive approaches. 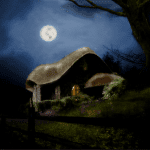 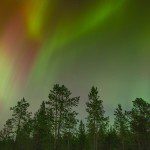 December 7, 2015 Huron Carol
Recent Comments
0 | Leave a Comment
"And you're not a man at all, so look who's talking, BS.Hey, did you notice ..."
TRE45ON A Biblical Account of Toxic Femininity
"My experience has been that therapeutic use of the pill had exacerbated my anxiety disorder ..."
Ame Legitimate Therapeutic Means: Can Catholics Use ..."
"Miss talking to you and have thought often of you and the children, I am ..."
Patricia Lee Crossing the Rubicon: Why I Will ..."
"COVID-19 has changed my point of view on this.I'm not willing to divorce an abusive ..."
Theodore Seeber Enabling Abusers: On Divorce and Remarriage
Browse Our Archives
get the latest from
Catholic
Sign up for our newsletter
POPULAR AT PATHEOS Catholic
1

On the Patriot Front's Appearance at...
Steel Magnificat
Books by This Author Books by Melinda Selmys