A conversation about a common Catholic practice and the meaning behind it.

Steve the Questioner: Just a friendly reminder to all Latin Rite Catholics that if you deliberately eat a single bite of meat today and don’t repent of such an egregious act, the Church teaches you’ll burn in hell for all eternity, because proportionate justice doesn’t exist for God. Seems fair.

Peaceful Emily It’s not the eating of meat itself that damns you but the “non serviam” attitude it embodies- which, yes, if deliberate, is a full rejection of relationship with God.We know what happened to the last guy who said that… 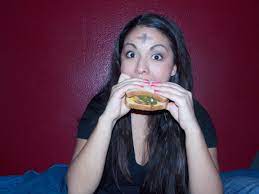 Steve the Questioner I know. It’s a petty moral tyranny. “Obey us in even these little things or be tortured forever.”

As opposed to the EO, who say “Fast way harder than Catholics” but also “no sin if you fail.”

Thomas Rock: If Jesus could have His flesh ripped off His back by the Cat o’ Nine Tails, we can abstain from eating meat to show we love him.

And the Church (corrupt as it is) can bind us on pain of mortal sin to do it. It’s for our salvation.

Steve the Questioner So, the standard issue Catholic guilt trip is way past its expiration date.

Recall that the passion was not strictly necessary, according to a number of theologians, Christ’s circumcision shed enough blood for salvation.

Tom Digest: “He who fasts pleases God because he has the strength to endure the fatigue of the fast and he that eats also pleases God because nothing of this sort can harm the salvation of his soul, as long as he does not want it to.” (Chrysostom)
Fr Joseph: If you abstain from meat on Lenten Friday but then end up relishing something more decadent, exquisite, expensive in its place… is that still penance? Or if you fast in the afternoon and indulge on vegetables or fish for dinner… is that still penance?
Ending up eating meat on Friday’s of Lent is not worse than judging, condemning, and ignoring the hungry, homeless, naked, and those in prison.
#Lent2022
Pray The Rosary: It’s a mortal sin to knowingly eat meat on Fridays of lent. To observe the abstinence is a grave matter. You are leading souls to hell. 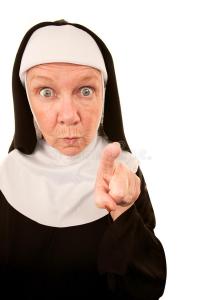 R Rice:  In case you haven’t read Mt 25 in awhile, take a look at who ends up in hell in that reading. It wasn’t those who ate meat on Friday.
And Fr Satish said nothing to encourage people to not eat meat on Friday.
Greg: The rules of fasting are determined by canon law and the relevant Bishop’s conference. In my own country, it is that people should abstain from meat on Ash Wednesday, Good Friday and all other Fridays or do a similar work of mercy.You can’t simply say ‘it’s a mortal sin to eat meat on Fridays.’ This isn’t the actual teaching of the church on fasting and abstinence.
The actual teaching is people aged between 14 to 60 are bound to observe the church’s rules of fasting and abstinence, in consultation with their pastor.These obligations can be dispensed with by the pastor or Bishop for sound reasons, i.e. poor health, age or other factors.
Steve the Questioner: FYI “it’s not hard to observe abstinence” is not a rebuttal to the argument that an eternity in hell is an unjust punishment for intentionally eating a bite of a ham sandwich on a Lenten Friday. And yes, we all know the matter is obedience, not meat.
� Jonathan NerdyI am trying to be a good C*tholic (for once) and not eat meat during the Fridays of Lent but everywhere is OUT OF FISH ���
Afcwest51: When you are outside of the Church, it reaches out with compassion and mercy. Once inside it seems to burden you with cruel and petty laws.
jardin: its SOOOO cruel to not eat meat for a day, my heart bleeds for u 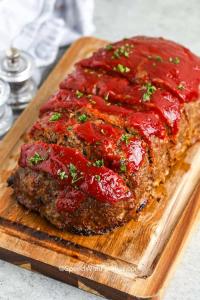 Afcwest51: It’s just the idea that eating a piece of meat could land a person in hell, seems a bit much.

Ken: Eating meat is not itself the sin. It’s the statement being made by that act — a wholesale disregard, disrespect, & lack of appreciation for what Christ did for us.

If we abstain from meat just to “follow the rules,” w/out the real purpose behind it, we’re doing it wrong.

Pilgrim East:  I mean, I think that even Roman moral theology wouldn’t necessarily assert this. If you’re intentionally doing it to spurn the rules, that might be one thing, but if your intention and will is affected by weakness, it’s different.

Catholic DAWG: Didn’t you just complain the other day that the obligation to attend Sunday Mass was not reinstated? Do you not also want choice there too?

You seem to be a good example of why Pope Francis preaches anti-rigidity. 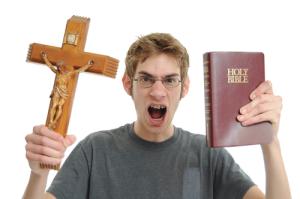 Philip L: What else do we have in this vast, airless, poisonous vastness, both burning hot and freezing cold? Who loves us and can save us from it, apart from Christ? Is telling a child – who does not see the danger – that he should not play next to the cliff edge, an act of oppression?

Defénde: Yup, sounds pretty similar to being told to do something as simple as not eating an apple but still doing it anyway. Non servium will get you damned every time.

Dr T: It’s truly amazing that people treat “not eating meat on Friday in Lent” as something as hard as running a marathon or climbing a mountain. In reality, we are merely eating like most of the world. The older Lent fasting rule of “one meal and two snacks, not weighing more than 8 ounces each” is already probably more food than what most sedentary adults over 40 need to eat for every day of the year. There are exceptions, but we all eat too much, as is.

S Susan: Thought—
Who was hungrier than me on a Friday, even an Ember Friday in Lent?
Jesus hanging on the Cross.
He still hungers for us to love Him, and make tiny little sacrifices to share with Him. 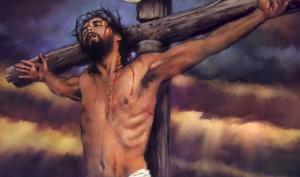 Tami B: I forgot and ate meat � But in my defense, I was rear ended yesterday for the second time in two months. And my doctor told me to eat more protein because I’m borderline anemic. Thankful the kids and I are ok. It was an 18 wheeler this time �

Felicitas:  You’re aware that martyrs in 1 Maccabees literally died for not eating pigs? It’s not about the content of the rule, it’s about obeying God

Also, the rule is ridiculously lax, you can even substitute any other penance

(And to be clear, older casuists labeled one bite as venial)

Heribert Jone, Katholische Moraltheologie (one of the best known moral theologians before the council):

“The obligations of fasting and abstinence bind in themselves under mortal sin. But if they are only transgressed in an inconsequential manner, there is only venial sin.”

Junta Bird: Check out Article 6 – Moral Conscience in the Catechism of the Catholic Church. Especially sections 1778, 1779 and 1780. In my opinion, it’s empathetic to where you’re coming from on these rules, etc

Steve the Questioner:In fairness, the penalty of mortal sin is still attached to eating meat on Fridays of Lent. This isn’t a trad thing.

Mark W: I know and that has always bothered me also. I believe in the just punishments of God, but rather choose to focus on His Mercy instead. 3 conditions for Mortal Sin. I’m not going to presume there all meet for people eating meat on Friday nor despair that they might not be. I think you ask a lot of good questions. It’s good you ask. I pray you eventually find peace. For me, I trust that God doesn’t want anyone in hell and that he’ll find a way to make that happen despite all the crap that happens. Thanks for being real and honest about this issue. 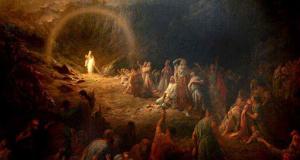 Matthew W:  Steve- it is also about mortification and denying one’s self. I think you’re hyperfocused upon the legalism/scruples of a few knuckleheads. After all, Jesus literally did say we each have to “deny ourselves” in order to follow Him. That being said, I’ve not eaten meat today, but when I get home from work between 11-1130 PM, I’m going to enjoy pasta w/Italian sausage and not worry about God casting me down to be burned alive in a mountain of dried fennel if I should commence consumption at 11:59 EST.
Ben D: “All merciful love can thus descend to everyone (…) can we assume that there are souls that remain perpetually closed to such love? As a possibility (…) this cannot be rejected. In reality, it can become infinitely improbable (…)” ~ Balthasar quoting Edith Stein approvingly

The latest Lenten song parody. Remember its a Friday of Lent. That means NO MEAT. pic.twitter.com/AWuhuLM8E1 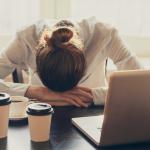 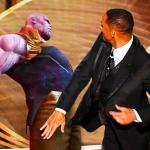 April 9, 2022 How The Slap Could Have Gone Differently
Recent Comments
0 | Leave a Comment
Browse Our Archives
Related posts from Catholic Bard 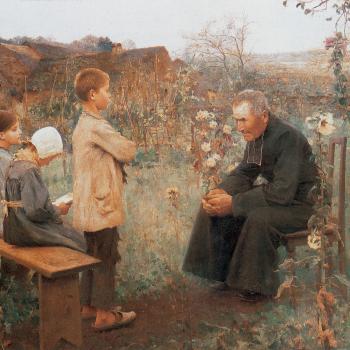 Catholic
Tunes From the BCCT on Theological Catechesis
Catholic Bard 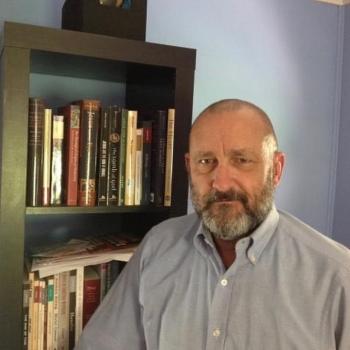 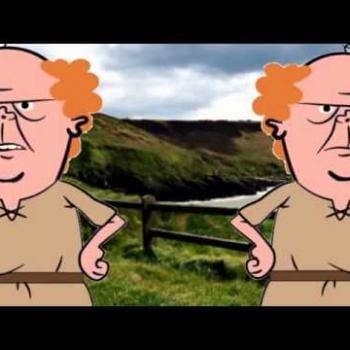 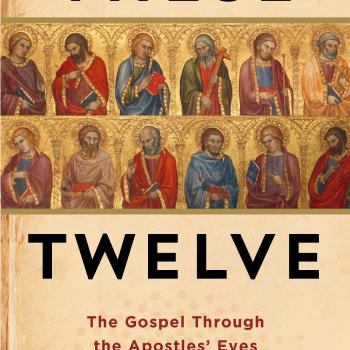 Bleed
Forty Lashes, Minus One I've found more than once in the history...
view all Catholic blogs
What Are Your Thoughts?leave a comment