A Witch and Her Initiation: Becoming Lost and Found

An elder in my tradition once told me, “Even if you described the initiation ritual in detail to someone, they wouldn’t understand unless they’d been through it. They wouldn’t believe you.”

It was a day much like today, but there were clouds in the sky. I added an umbrella to my pack, along with the things I was told the night before to bring with me on the journey.

I saw my ride come up to the door. The doorbell rang. I took a breath.

The Beginning of Initiation

But to be fair, the process of being initiated started a lot earlier — about three years prior, I think. And now, four years later, I think the pieces are starting to come together.

It’s a long road to integration too.

In the Reclaiming tradition, you don’t have to be initiated. You can still teach, be a priestess, have a role in ritual, plan things, etc. Being initiated doesn’t confer any special rights or privileges, outside of being able to initiate others.

Being initiated in Reclaiming is a personal journey. One you can choose to take — or not. It’s about your personal growth and something you define for yourself.

I never wanted to do it. I thought it was hierarchical nonsense. And if it doesn’t come with anything special, then what was the point? (Note for the reader: this was eight or nine years ago. I’ve learned a few things since then.)

I didn’t even know initiation was a thing you could do until a few years after I’d taken my first class.

Challenges and Stepping Stones and Losing my Way

What I did know is that I had to ask some trusted people, some initiates to guide me in the journey. To be my sounding boards and my challengers. To be my mirrors and my hand holders. I asked for dreams and signs to see who I needed to ask.

One was confirmed by a pink butterfly.

Another was confirmed in a dream.

And another was found in the way they have always looked into me.

I could tell you of all the things that I faced during the years before that final ritual (that wasn’t so final). I could tell you how there were moments where I thought I wasn’t doing enough or that things were too easy.

I could tell you about the times when I wanted to quit because my whole life was breaking apart.

I blamed it. I let it be the scapegoat for moments of confusion.

Things had to die.

Parts of myself had to die.

This is what called out to me.

That’s when the shift happened.

And my initiation became the context and the cauldron and the place where boiling gave way to wisdom.

As we drove away to the ritual four years ago in early December, I could already feel the pull of the full moon and the wide waves. Silently, I moved toward the beginning, to the place of remembering and ancestors.

But I don’t remember everything. There are some places where I only recall feelings and sensations and exhaustion and fear. Or I remember things, but not in the order they actually happened (as I discovered later).

And yet, I am nostalgic.

And still, I can feel the magick of that day-turned-night-turned-day in my bones. There is a sensation that has wrapped itself around the spaces of my being.

I can feel it when I call to the godds. I can drop into that place of liminal wonder in the middle of a ritual. I know the inspiration of trance and song comes from deeper places in me.

If I’m quiet enough, I can hear it echo. The songs. The rumble of road. The roar of sea hitting shore.

In about a week, I celebrate the journey of reaching out, holding on, letting go, and surrendering into love. It is a gift of the godds, it has been a gift to walk with beloveds, and it was the greatest gift I could have given myself.

To know myself. To face myself. To walk through the places of echoes and know that I was lost.

And yet, I was found. 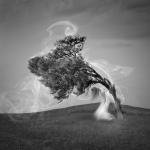 November 16, 2018
How to Witch When the World is Burning
Next Post 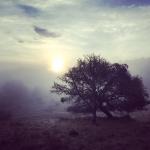 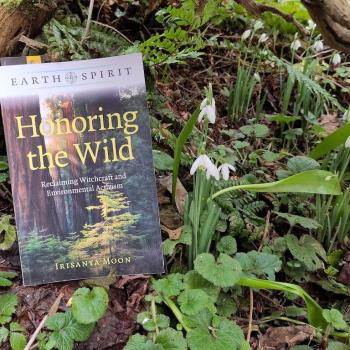 Pagan
Honoring the Wild: Reclaiming Witchcraft and Environmental Activism
Charged by the Goddess 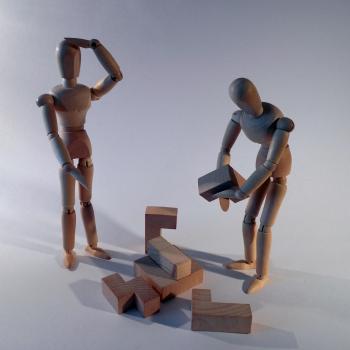 Pagan
The ADHD Chronicles: How My Magick Has(n't) Changed
Charged by the Goddess 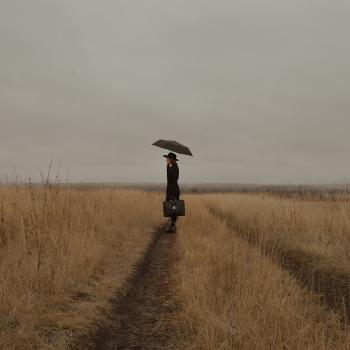 Pagan
Nourishing After a Weekend of Magick
Charged by the Goddess 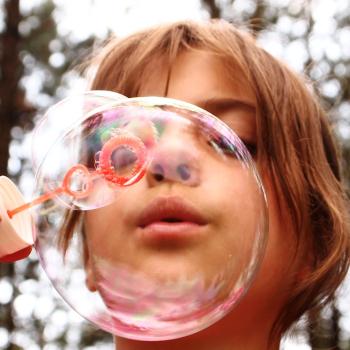 Pagan
Everything was New Once, So Find Your Own...
Charged by the Goddess
TRENDING AT PATHEOS Pagan