In the small, Mid-west town known by the name of Bomont, a panel of fundamentalist Baptist preachers recently released a study confirming a well-known, but never empirically proven fact: dancing is of the devil. As any serious student of the Scriptures knows, dancing of any form is anathema, leading partakers to swiftly endure the full fury of the Almighty.

Yet surprisingly, the panel stumbled upon the root cause of dancing – something which has alluded Baptists since the dawn of the church itself, as evidenced in The Trail of Blood.

The Patristic Baptists had notorious difficulty pinning down the exact cause of dancing. Sadly, it is widely acknowledged that many in this era were carried away with the notion of dancing due to incoming heretical sects claiming King David danced.

Heavy-hitting, Medieval Baptist theologians proposed such lofty claims as fire ants, a sudden spasm of the back and legs, or a pants-demon. Unfortunately, these arguments were heavily contested in the true church and as a result, the church entered the dark ages.

It was only during the Reformation that the church started to see real fruit (no, not from that LUTHERAN monk). The continued line of the true, Baptist church made inroads in various other sects, even causing Presbyterians to FINALLY sit still, like a good, respectable worshipper. Yet much to the chagrin of Baptists everywhere, libations continued as that rabblerouser, Martin Luther, encouraged the drink of the devil’s juice.

Yet the Baptist church prevailed in her devotion through the years, even pulling through with thousands upon thousands of two-ingredient casserole recipes during the Great Depression when America needed her most. She continued to leave her great legacy, almost bringing about the rapture during America’s golden age of prohibition.

Given the proclivity of the culture to drink, dance, and to have women wear pants – it seemed like all was lost. In comes Pastor Hal E. Looya of Hephzibah Hell-Fire Baptized Holiness Baptist Church of the First Born Baptist Church. Hal proposed the idea of a panel of experts at the First Annual Baptist-Only Ecumenical Potluck in the spring of this last year.

The mission: to put to rest the sins of the heart, which lead to dancing.

The panel hosted several Baptist ministers from the tristate area who supported their thesis with various, anecdotal stories, proof-texts, and a thunderin’ and a hollerin’. After hours of deliberation, tears, sweat, and several refreshment breaks, the question was finally congregationally-voted to rest: premarital sex leads to dancing.

They commemorated the breakthrough with a vintage, sparkling Welch’s, just like the Lord would, and a tuna casserole from great aunt Judy, who bore no familial relation to anyone present. One person clapped their hands and was immediately detained by the deaconate for further investigation. 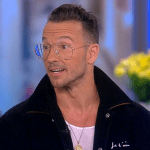 November 8, 2017
Doctors Confirm That Pastor Carl Lentz is Missing His Spine
Next Post 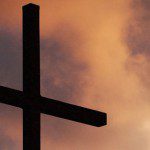 November 20, 2017 8 Reasons Jesus Died: Reflections on Isaiah 53
Recent Comments
6 Comments | Leave a Comment
"I think that it might help if every Christian husband were committed to the kind ..."
Cindy Westfall Two Stupidly Simple Pieces of Advice ..."
"“Pride goes before destruction, And a haughty spirit before a fall.”……It is easy to see ..."
Cmogruder Faith, Good Works, and the Danger ..."
"What an absolute load of Cod's Wallop! Infuriatingly bad theology coupled with so much myopic ..."
Cranky McPants Molech, The Guardian [Fallen] Angel of ..."
"The arrogance of fundamentalist Christians never ceases to amaze me."
Dale Rebe I’m Not All That Impressed with ..."
Browse Our Archives
get the latest updates from
The Chorus In The Chaos
and the Patheos
Evangelical
Channel
POPULAR AT PATHEOS Evangelical
1

Let's Talk about Cults--Theologically
Roger E. Olson
Related posts from The Chorus In The Chaos

Meatpacking America
Sometimes it seems that Americans are unusually good at hating each other....
view all Evangelical blogs
What Are Your Thoughts?leave a comment
Copyright 2008-2021, Patheos. All rights reserved.