You Carried Me – a Review of an Abortion Survivor Memoir

You Carried Me – a Review of an Abortion Survivor Memoir February 20, 2017 Grayson Gilbert

If we are brutally honest, most Westerners seek to avoid thinking about anything related to death, even though we know our trajectory leads to the grave. Our funerals are set up in a manner where this even rings true, as the mortician does their best to make the recently deceased look as if they are still alive. We even couch our terms similarly, softening the blow that mortality brings to the living by referring to the dead as those who have passed on. We understand what is meant by that, but it seems to have a softer ring to it than “dead.” At the heart of the abortion debate is this same façade. We act as if we can soften the ramifications of the deed with colloquial language; we deny a metaphysics of personhood to confer that the person inside the womb is just a clump of fetal cells. In the end, we all know what happens behind the curtain. There is no magical wizard in the Land of Oz.

Yet remarkably, some survive an attempted abortion. Some, by the sheer grace of God, are given the chance at life that others would not afford them. Likewise, these same people defy the neat, little categories people would like to ascribe them to. How do you deal with an enigma? How do you stare into the eyes of an abortion survivor, who has all the attributes of personhood and whose life, humanly speaking, should not be, and still tell them that what they endured should succeed and remain legal with other children?

The advocate of abortion can’t help but be silenced by the sheer contradiction of this person’s mere presence, because the abortion survivor is an advocate for all those who were not fortunate enough to survive the attempt on their life. They don’t even have to live a remarkable life; they simply have to defy, by their mere existence, the notion that life is not intrinsic to all stages of fetal development. Stories like these are not only precious, but vital to our understanding of the damaging effects abortion has on children, mothers, and families alike.

Melissa Ohden is one of these people and she reveals her own story in her recently released book, You Carried Me. She not only speaks candidly toward her own circumstances, pain, and struggles through adolescence and adulthood – but moves to extend the conversation beyond the general rhetoric surrounding abortion. Much of her story deals with the trauma of inadvertently learning she survived an abortion and how this affected her emotionally, spiritually, and relationally throughout her entire life. Despite the large differences that many of our Protestant readers might hold with Ohden theologically (she is Roman Catholic) – this book is not a theological treatment in any sense of the word; it is a memoir of her story, and one I would recommend reading.

Her story sheds light on God’s providence, bringing her through an incredibly long trial as she sought to find more information on her birth parents, how she became a speaker in the pro-life movement, and eventually came to be reconciled with her mother. Perhaps the most devastating piece of this whole book is in the revelation of her mother’s own desire to not have the abortion, yet seemingly, finding herself coerced into the procedure by those who should have protected and aided her most.

Yet beyond the story itself, Melissa has a clear, easy to understand manner with which she writes. The book is an easy, light read despite the subject, and her words are dripping with gentleness throughout the entire book. Though the topic is incredibly weighty, and will often move the reader to some intense emotions, she still manages to remain lighthearted as she recalls fond childhood memories.

What I found most admirable in this book was her disposition of seeking to not only speak for children who cannot speak for themselves, but to stand for women who have felt trapped or pressured into having an abortion. She does not mince words by softening the reality of the outcome of an abortion, however, she does elicit the reader to think not only of the infant, but of the mother. The reality in all of this is that though this sin is quite heinous, there is grace and mercy for sinners through the sacrifice of Jesus Christ. Christ did not come to be a physician to the healthy, but to the sick, and His grace is sufficient for all stripes, lest we somehow convince ourselves we were less to be reconciled to the Father than they.

While there are many reasons why one might suggest an elective abortion, there are no sustainable or viable reasons for this to be done. Instead, many wish to prove the rule by the exception, or suggest that perhaps we ought to reconsider ending abortion simply because it remains safe whilst it is legal. Yet this is as nonsensical an argument as the latter, for one would never condone making other violent crimes legal for the sake of them being “safer.” But again, this focuses on the presupposition that life is not intrinsic to the child in the womb. Surely, we must ask, as Scott Klusendorf suggests, if there is anything transpiring in the seven inches from the uterus to birth that confers personhood.

Moreover, the biblical witness is incredibly clear that all life is a gift of God, children are an incredible gift from the Lord – regardless of circumstance (Psalm 127:3; Genesis 33:5), murder is sin that not only bears lasting consequences, but is avenged (Exodus 20:13; Deuteronomy 5:17; Mark 10:19), the personhood of infants is clear – as is their intrinsic worth because of the Imago Dei (Luke 1:41-44; Genesis 1:27), and the scriptures place on us upon all mankind to uphold the sanctity of life, regardless of their respective faith or belief (Genesis 9:6; Romans 3:19-20). Yet even if all of that were not enough, we have stories like this, showing that abortion doesn’t have to be the road one takes.

If any of our readers are considering an abortion, please contact us. We know of several people who would be willing to adopt your child. We can be reached via facebook, email (listed on our authors page) or simply comment below. 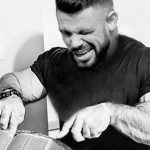 February 15, 2017
Even with Swole Arms, Steven Furtick Still Unable to Lift Truth from Bible
Next Post 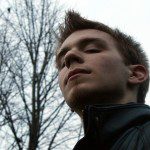 February 23, 2017 BREAKING: Calvinist Makes It Full 19 Hours Without Starting A Debate
Recent Comments
0 | Leave a Comment
":::: sigh :::: Where to begin? Here's just one thought: "Amongst those who get [an] ..."
Penn Hackney The Evangelical Church’s Death Rattle
"I read the report, and I am appalled ... appalled at how *anyone* could accept ..."
MBO Stop Defending the Indefensible: A Plea ..."
"It seems these days that it is "in" to be outraged about something or other, ..."
Kyllein MacKellerann " Being Slow to Speak in an ..."
"Maybe because Lori Thompson came forward and Ravi sued her and he and his ministry ..."
cANALSEXist Ravi Zacharias: Let His Life Serve ..."
Browse Our Archives
get the latest from
The Chorus In The Chaos
Sign up for our newsletter
POPULAR AT PATHEOS Evangelical
1 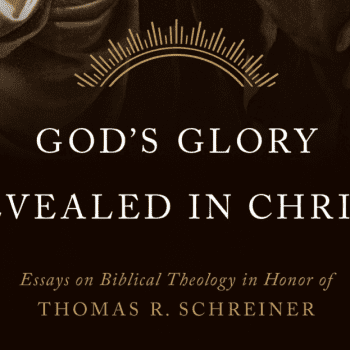 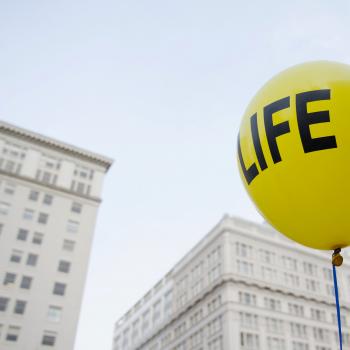 Evangelical
How One Texas Town Went From Speed Trap...
The Chorus In The Chaos
TRENDING AT PATHEOS Evangelical