Cutting Hair To Save Lives: The Hopefulness of “Barbershop: The Next Cut”

Cutting Hair To Save Lives: The Hopefulness of “Barbershop: The Next Cut” April 28, 2016 Jonathan Dorst 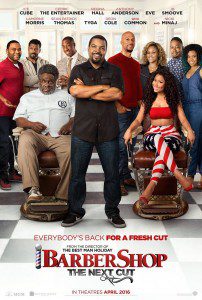 When they said the third time is a charm, I don’t think they had movie sequels in mind (we’re still pretending The Godfather 3 never happened, right?). But, if you’ve got a good director, a good script and good actors, and you’re not just trying to remake the original (I’m talking to you, Hangover guys), the third time might be a charm, or at least charming.

In the third installment in the Barbershop franchise, Barbershop: The Next Cut, Ice Cube returns as Calvin, a small business owner trying to keep his business going, while also trying to keep his son Jalen from falling prey to the lure of the gangs in their Southside Chicago neighborhood. The Mayor’s office has come up with a plan to curb gang violence in the community, restricting traffic on the streets, that would actually threaten the small businesses in the neighborhood. In response, the employees and customers in the barbershop come up with the idea of calling for a ceasefire and making Calvin’s shop a Swiss-like neutral zone for everyone to come get a free haircut. Comedy mixes with drama in a surprisingly effective blend.

The movie that this one most reminded me of was Chi-raq (2015), a film made by Barbershop director Malcom Lee’s more famous cousin, Spike Lee. It too takes place in Chicago, with a predominantly black cast and gang violence at its core. Chi-raq gets its nickname from a moniker that local Chicagoans have for their city, fusing Chicago and Iraq and reminding us that war zones are not all located on foreign soil. Spike’s film is just as fed up with gang violence as Malcolm’s film, but the solution is different. Taking its cue from the ancient Greek play Lysistrata, it shows a group of women going on a sex strike to protest the violence in Chicago. This is certainly a more aggressive plan than offering free haircuts, especially when we see multiple scenes of women picketing with the slogan “No Peace, No Pu–y.” Both films have quite a bit to say about gender and race, namely that injustice and prejudice are alive and well. But, gender and race take a back seat in both films to the crisis of violence.

A cynic might look at these movies and ask, “Why are we entertaining such simplistic solutions to such a complex, horrific problem?” Why not offer deeper solutions, such as better educational initiatives, better legal representation for victims, and more and better job creation? One might cite a show like The Wire, which didn’t necessarily offer ideal solutions to inner-city violence, but was at least insightful into the multitude of challenges facing crime-ridden urban areas.

Granted, chastity belts and free haircuts may seem simplistic, but to only critique the solutions within the film is to ignore the essence of the film itself. A third solution to Chicago’s (and America’s) problem with violence is to address it through art. That’s what these filmmakers are doing, hoping to get a conversation going through the most popular form of art in modern culture, the movies. Whether you are moved or persuaded by the actions of the characters in Barbershop: The Next Cut and Chi-raq, they at least get the issue out in the open and force you to consider what you would do if you lived in their shoes.

A Christian viewing these films is challenged to consider how, or even if, a Christian might address gang violence. Does the gospel of the Prince of Peace have any practical implications for gun violence? Interestingly, one of the central characters in Chi-raq is a parish minister played by John Cusack who has an angry speech at the funeral of a little girl gunned down by crossfire, and then some challenging words for Nick Cannon’s gangster character. Cusack’s character is not the great white savior (a la Gene Hackman’s character in Mississippi Burning), but he is a positive force for good in the film. I think also of the book (and the 1970 movie) The Cross and the Switchblade which tells the true life story of Pastor David Wilkerson’s impact on New York gangs and gangleader Nicky Cruz.

It’s easy for pundits to talk about what should be done in high crime areas. But, maybe a prerequisite to offering solutions is to actually be on the ground. In the church, we call this ‘incarnational living’- being present with people in a similar way to how Jesus came to physically live among us rather than choosing to stay in heaven. Certainly, Spike Lee has been criticized for cultural appropriation, taking elements of the situation in Chicago and making a morality tale without investing himself in Chicago itself (reportedly, the mayor of Chicago asked Spike Lee not to use that name for the film). Most Christians, particularly wealthy Christians living and working in safe neighborhoods, who talk about tougher gun restrictions, stronger drug laws, increased police presence, education, or even evangelism as THE solution to violence, seem to be throwing darts, hoping to give answers to questions nobody is really asking them. On the other hand, if we believe that no man is an island, that we’re all connected despite race, nationality, or creed, every Christian ought to care about the lives of every inner-city youth and be willing to do what we can, even if it’s just pray.

That’s why I appreciated this movie. As the actor Common (Rashad in the film) said in an interview with Entertainment Weekly, “Some of the white audience, I think, is not aware of the conversation and what goes on in the black community, and [this film] gives them a peek into that. But, I think more than anything, when things have a certain authenticity to them, it doesn’t matter what color the storytellers are.” Barbershop: The Next Cut has a certain authenticity that makes it one of the best, certainly most hopeful, films I’ve seen this year. 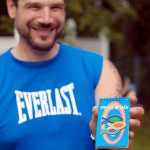 April 26, 2016
Local Layman Has Preached The Gospel For Years and Never Found Words Necessary
Next Post 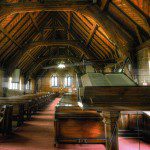