Reformation 500: Not a Celebration of the Reformers, but God’s Glory

Reformation 500: Not a Celebration of the Reformers, but God’s Glory October 31, 2017 Grayson Gilbert

In the wake of the 500th anniversary of the Reformation, undoubtedly, much ink has been spilled contemplating the spirited boldness and theological acumen of the Reformers. In the midst of this though, many Catholics and Protestants alike are expressing something of great concern: lament over the divide the Reformation caused. This is disconcerting simply by virtue of the lament being over the division itself rather than the gospel.

Strikingly, it seems the majority of Roman Catholics and Protestants have either neglected to understand the dividing point of the Reformation, or feel it is of minimal significance compared to maintaining unity. If we don’t have the gospel right, we can’t have unity. You cannot have true unity without division of some sort; truth unifies inasmuch as it divides. The teachings of Protestants and Roman Catholics on the doctrine of salvation is notably different and this ought to conjure a division. The nature of how they view final authority, whether by Scripture or the church, also ought to conjure a division. These aren’t small matters.

There are others who would sound the clarion call for another, modern Reformation. Indeed, this is where I place my own flag. In particular, the Western church has long compromised her faithful witness within the sphere of progressive mores. The broader culture has served up its own reformation, though to be sure it is antithetical to a movement born out of reverence for God. Within this movement one finds a functional redefinition of sin, love, and the gospel itself.

The gospel is being drawn and quartered by those who claim to hold it and live by it. Interestingly, it is yet another means by which absolution is offered outside of Christ. It is another demonstration of an entity seeking to remove itself from the authority of Scripture. The end result of this particular trajectory, as well as the trajectory of the Roman Catholic Church, is away from the glory of God. How so? When the means of salvation is not utterly dependent upon Christ, or sin is lauded and goodness defiled in the name of Christ, God is not brought due glory.

To God Alone be the Glory

The doctrines of the Reformation are central to the glory of God. While the impetus for understanding justification was not grounded upon this principle, the logical conclusion of this doctrine invariably leads to God receiving all the glory He is due. Man is not placed in a central role, nor is he dictating the “rules of engagement” with God. Instead, man is subject to something entirely outside of himself for a declaration of righteousness and the implications of this declaration are in harmony with holy living.

One cannot have justification before God without Christ’s imputed righteousness. One cannot have Christ’s righteousness imputed to them without then living in a consistent obedience to the Scriptures. The onus is placed entirely upon the Lord and all guilt is assuaged because man is incapable of fulfilling the Law’s demand. Intrinsic to this resides the persevering grace bestowed upon the elect, who bear the sign and seal of the Holy Spirit. In other words, Christ not only effectively deals with the Christian’s sin in whole, but sustains them through to the end. The genuine convert then, walks in this reality and demonstrate that effective work of Christ in a marked obedience to His commands.

There is an active work of the Holy Spirit in the life of genuine converts bringing them into conformity to the image of Christ for the purpose of His glory. He is transforming them by the grace of God, through the Holy Spirit, and into likeness with Christ, all to the praise of His glory. It is so that no man may boast, but give God the praise and honor and glory He is due. Salvation is remarkably God-focused, being of God, from God, through God, and to God.

A Celebration of the Gospel

In all of this then the church must recognize the celebration is not of the Reformers, thankful as we might be of them, but of the gospel itself. This is particularly why Protestants of all stripes can celebrate the Reformation. It has much more to do with celebrating the resurgence of an unadulterated gospel than the views Luther, Calvin, and Knox held upon the ordinances and church governance. I sense any man holding to justification by faith alone can rejoice in God’s work to bring the gospel to light from the darkness.

Indeed, we celebrate and pray that the work of the Reformers could be a work we share in – that God would be pleased to bring a resurgence of the pure, unadulterated gospel. In a world where several masquerade as Christian, we would do well to turn our focus upon a faithful proclamation of the gospel, regardless of the consequences.

To my Reformed brethren, we can make much of the Reformers and the Reformation itself – yet I am nearly certain they would be insistent we make much of the gospel instead. It is only when we do this that we will properly ascribe glory where it is due. The sole purpose of their work was to glorify God. Likewise, may it be said of us. 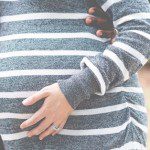 October 25, 2017
Clinging To Hope: Why I'm Celebrating Life After a Miscarriage
Next Post 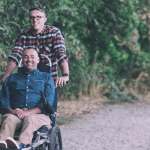 October 31, 2017 I'll Push You: Joy Through Serving
Recent Comments
3 Comments | Leave a Comment
Browse Our Archives
get the latest from
The Chorus In The Chaos
Sign up for our newsletter
POPULAR AT PATHEOS Evangelical
1 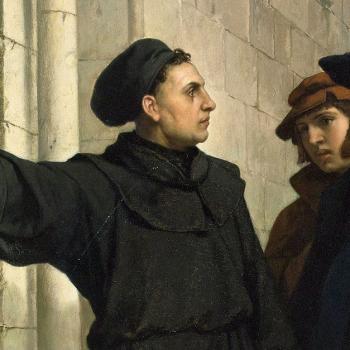