The Road to Easter: The Young Messiah

The Road to Easter: The Young Messiah March 14, 2016 Chris Williams 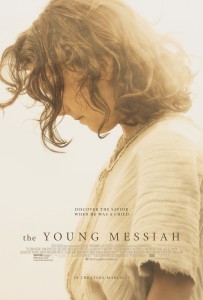 I was skeptical of “The Young Messiah.”

Some of that was my usual hesitation with films made for Christian audiences. But I was also worried that this might be an attempt to franchise Christ. The film is produced by Chris Columbus, and part of me wondered if this was an attempt to give the gospel the Harry Potter treatment. Based on Anne Rice’s novel “Christ Our Lord: Out of Egypt,” it tells the story of Jesus’ childhood, beginning years after the Nativity and ending years before his earthly ministry begins. It could very easily be “Jesus: Origins.”

I’m happy to be wrong. Like last month’s “Risen,” this is a clever take on the Christ story. But more than “Risen,” which faltered into formula in its back half, “The Young Messiah” is often insightful, even moving, and told with that rarest of things in Christian cinema: theological imagination.

Directed with an understated beauty by Cyrus Nowrasteh (“The Stoning of Soraya M.”) the film imagines Jesus’ boyhood as he moves from Egypt back to Nazareth with his parents, adopted brother James, and uncle Cleopas.  The family has moved after Christ raised his cousin from the dead following an accident. Those who know about the miracle are terrified of the young boy, who they believe has demonic powers. Mary (Sara Lazzaro) and Joseph (Vincent Walsh), aware of their son’s divine heritage, wrestle with how to raise the child savior and when to tell him the circumstances of his birth. Jesus, meanwhile, is startled by his gifts and confused about the stories of wise men, dreams and angels that others whisper around him. He’s also haunted by a mysterious, demonic figure (Rory Keenan) who taunts and accuses him.

We don’t have a ton of stories about Jesus’ childhood, mainly because the Bible doesn’t mention it, aside from the visit of the Magi and the moment where Mary and Joseph lose him at the temple. Given the controversy that can erupt over departing from Scriptural texts, I’m not surprised this is a topic that few storytellers delve too deeply into. But it’s fruitful ground for a story. What was it like to grow up as the Son of God? When did Jesus first understand his calling? What was it like to be parents to the Messiah?

“The Young Messiah” is a welcome piece of speculative historical fiction. Like Darren Aronofsky’s “Noah,” it’s a film that breathes imagination into the Bible, taking the Scriptures seriously but allowing for artistic interpretation. Unlike Aronofsky’s film (which I quite enjoy), this has a stronger focus, less interested in radical reinterpretation and more in understanding what it truly might have been like to grow up as both God and man.

Christ’s adult ministry is well-suited to drama because there’s conflict and opposition throughout, culminating in the tragedy of Good Friday and the hope of Easter. But focusing a story on Jesus as a boy is tricky. There’s no recorded conflict and Jesus wasn’t exactly a person with flaws and faults to explore. Lean too hard on his deity and he’s unrelatable, the trap most Jesus movies fall into. Lean too hard on his humanity and you risk heresy.

“The Young Messiah” draws drama from the power of questioning. The film begins just after Jesus has discovered his supernatural abilities. These incidents prompt questions within Jesus, who’s terrified but also curious. Adam Greaves-Neal does a wonderful job keeping the young Christ innocent yet searching, uncertain but thirsting for knowledge. The film also keeps him human, laughing with his cousin in a downpour and running to his parents when he’s afraid, and uses events Christ could have plausibly encountered as foreshadowing for his later life — the family encounters a road lined with crucified Jews and there’s a moment of compassion to a slave girl who seems to have echoes of Mary Magdalene. The young Jesus also shown has a simple, strong relationship with God, and one of the film’s best sequences features Christ impressing the rabbis at a local temple.

It’s easy for us to think Christ just knew how to step into his role as a savior. But the book of Hebrews says that he learned obedience. We forget just how crucial his family’s influence must have been, assuming that Mary and Joseph faded into the background after the wise men left. “The Young Messiah’s” biggest strength is in its portrayal of Christ’s parents. They’re worried about how to raise the son of God and guide him as he discovers his identity (“how do you try to explain God to his son,” Joseph asks at one point). When Jesus says he wants to go to Jerusalem for Passover, Mary worries that she’s not ready for him to enter the next phase of his life. The film suggests the unique hardships of life as part of the savior’s family. Mary and Joseph lived alongside people who knew the circumstances of Jesus’ birth and likely didn’t quite believe their story. They’re urged to leave Egypt because their family and friends are afraid of Jesus. And they’re haunted by the knowledge that the birth of their son caused the deaths of all the infants in Bethlehem.

Herod’s slaughter of the innocents weaves itself throughout the narrative, haunting both Mary and Joseph, and a Roman centurion (Sean Bean) who participated in the killings. There’s an undercurrent of tragedy and darkness to Christ’s life that the film doesn’t shy away from. Keenan is suitably intimidating and imposing as the demon who plagues Jesus, and the film interestingly suggests that maybe the devil caught onto Christ’s importance before Christ did. One of the film’s most powerful and striking moments finds the demon trying to dissuade Christ with visions; Greaves-Neal’s rebuke of him is powerful, a turning point in Jesus’ life.

But the film is also filled with moments of joy and humanity. Jesus watches Joseph and Cleopas show compassion to a woman in need and sees an elderly woman love her Roman enemies when they arrive to search her home.  You can see the seeds for Jesus’ future teachings and actions woven throughout what he learns from his family, and it’s quietly powerful. Lazzaro and Walsh bring warmth and humanity to Mary and Joseph, who are often rendered stoic and lifeless in other depictions. The film’s best scenes find the two trying to navigate this unique parenthood together, and a sequence near the end where Mary explains Jesus’ birth to him brought me to tears.

Nowrasteh’s direction is understated, save for a miraculous healing that is played a bit too loud, and the cinematography is beautiful. The only thing that out of place is the subplot about the Roman guard. Bean’s fine in the role of a centurion out to put an end to the Messiah, and I liked Jonathan Bailey’s work as a flamboyant, superstitious Herod. But the subplot feels like manufactured conflict added to spice things up rather. It doesn’t derail the film, but it just never feels like an organic fit, especially when the scenes of the holy family are so full of life.

The film balances the duality of Christ with imagination and reverence. It doesn’t build to a message but rather ends on the suggestion that Christ’s early life wasn’t about miracles, sermons or spiritual battles. Rather, maybe a crucial part of the incarnation was Christ simply living, enjoying creation, building relationships and learning from those around him. It’s a subtle, powerful and unique take on the Christ story.

Note 1: This was supposed to be up Sunday, but a busy weekend, crying babies and other things kept me from finishing it until this morning. My apologies.

Note 2: We’re doing a bit of a change here, but we’re living in a month where there are so many new films about Christ coming out, with some unique twists. So, here’s the change of plans with my Lent series. This week was “The Young Messiah.” On Palm Sunday, I’ll have my thoughts on the “Easter Mysteries” event run by Fathom, and also some thoughts on Tyler Perry’s passion play for Fox. And we’ll still close, as planned, with “The Passion of the Christ” on Good Friday. (If you really want to hear my thoughts on “The Last Temptation of Christ,” you can read here or listen here). 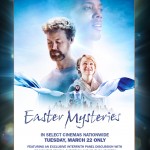 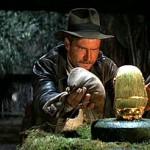