The fleeting fame of Palm Sunday

We love celebrity. Our televisions and computer screens are constantly filled with the latest information about the rich and famous. We declare our support for politicians on bumper stickers, and voice our love for movies stars with our hard-earned money. When someone entertains us, moves us or promises us something great, we don’t hold back on our praise. We lavish it.

But we’re also fickle. We’ll turn our back on artists when they go stale. Politicians who don’t deliver on their promises become has-beens. Scandals or simply a lackluster movie turn stars into pariahs. We’ll cheer when people deliver what we want — but we’ll turn on them when they disappoint. And the bigger personality, the more severe the backlash.

That’s how I think about Palm Sunday.

I imagine the atmosphere was electric as Jesus rode into Jerusalem. People crowded the streets just for a glimpse. Perhaps they hoped to see a miracle. Maybe they wanted one of those free bread-and-fish meals. Maybe they had been moved by his sermons and were curiously asking, “Is he the one? Is he the Messiah?” Perhaps they thought this was the first day of the revolution against Rome, that he would work them into a fervor and take back their city. It’s easy to think about their cries of “Hosanna,” the waving of palm branches and the triumphal entry and be swept up in the excitement they must have felt. Here was the king they’d been waiting for, the long-awaited Messiah who would free them.

But more than 2,000 years later, Palm Sunday feels bittersweet. Because it wasn’t long before “Hosanna” turned to cursing, palm branches turned to a wooden cross, and the crowd that welcomed their new king called for his death.

What happened? How could a crowd so primed for worship turn into one demanding blood? How could they treat him like a king one day and then, just five days later, like a criminal?

It’s because of the dark secret Palm Sunday reveals: when who we claim to worship on Sunday doesn’t give us what we want, we have no problem murdering him on Friday.

I don’t know what the turning point was. Was it when their hoped-for king declined to raise up an army and instead toppled over tables in the temple, calling out their own greed? Did word of his bizarre sermons – in which he said no one could follow him unless they ate his flesh and drank his blood – make them hesitate? Were they scared of Roman guards responding in force?

I don’t know. But I think the heart of it is this: Jesus wasn’t the king they wanted. He wasn’t going to physically crush oppressors. He wasn’t going to give the Jewish people amazing political power, unfathomable riches or world domination. He was going to free them, yes, but from their sin. His calls were for repentance. For sacrifice. For a willingness to forsake your own safety, your own life, your own view of what looks like success and acknowledge Him as Lord. I think they thought he asked too much, that his ways didn’t make any sense, and that what he was asking for looked like death to them.

It’s easy to judge the Palm Sunday crowd with two millennia of hindsight. But I realize I’m in the same boat. It’s very easy to come to church on Sunday, sing some songs, listen to a sermon and leave committed to follow Christ wherever He asks . . . but then He asks. And He often asks for things I don’t want to give. Sacrifices I’m not willing to make. Sins I’m not willing to abandon. Pieces of me that are so engrained that to lose them feels like death. It’s easy to run the other way, like Jonah. It’s tempting to deny him, like Peter. So possible to be like the crowd on Good Friday who said, “You’re not the king I want.”

And yet, Christ knew what was in store when he rode into town. He knew the cheering would turn into ridicule and that crowds with palms would soon be replaced by soldiers with whips. And he didn’t run. He “set his face to Jerusalem,” knowing what awaited him. He did it because he knew what was beyond even the cross. That one day those “Hosannas” would come from people who know what type of king he is and still worship, no matter how imperfectly. That one day people would gather every week, around the world, to combine their voices in praise – and that those tendencies to run away would be calmed by the reminder of what a great savior he is. And one day, we’ll worship perfectly, at his feet, crying out “Holy, Holy is the Lord God Almighty, who was and is and is to come.”

Palm Sunday is bittersweet because of Good Friday. But that means today can be a good Sunday because it gives us a taste of that day when we’ll all worship together, at his feet, finally realizing that he is the king we’ve wanted all along. 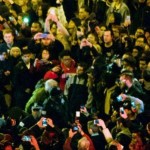 March 19, 2016
We can't answer Donald Trump's noise with our own
Next Post 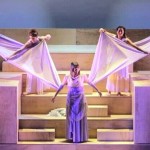 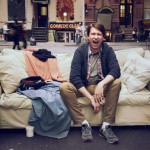