When I started this series, my intent was to get away from standard cinematic depictions of the Christ story. I’d seen enough Easter cantatas and church pageants to last a lifetime, and I was interested in films that examined who Christ was and how he affected the lives of his followers, not somber recreations of biblical tales.

So it’s a bit amusing that the film that affected me most was originally written as a church production and could easily be performed by a congregation with a skilled cast.

That wasn’t the way it was supposed to be. Originally, last week I was supposed to write about “Monty Python’s Life of Brian” and this week was supposed to be Scorsese’s “The Last Temptation of Christ.”* Two controversial picks, to be sure, but definitely worthy of discussion. And then I realized we were living in the year of the Jesus movie, and I decided to look at those. First, with “The Young Messiah” and this week with “Easter Mysteries,” a one-night production by Fathom Events that will be shown in select theaters this Tuesday.

“Easter Mysteries” is an oratorio written by John O’ Boyle, brought to the screen by producer Ron Simons** and director Daniel Goldstein. Simons has described the project as a hybrid, a combination of cinematic and theatrical elements; there are edits and angle changes, but the entire production takes place on a sparsely populated stage with no props or set decorations. The effect is similar to seeing a church Easter cantata, except that most cantatas don’t have a cast of Broadway veterans and a musical score this stirring.

The film tells the story of Christ’s final week and beyond, up to the ascension. It opens during Passover, following the disciples as they head to Jerusalem. Jesus (Wallace Smith) is more of a periphery character; we view the events of Holy Week and its aftermath through the eyes of his followers, most notably Peter (Kevin Earley) and Mary Magdalene (Erin Davie).

As I’ve written before, focusing on the characters surrounding Christ seems to be the most effective and accessible way to tell the gospel story. Christ’s life has drama, particularly in its final weeks, but his deity and perfection make him difficult to relate to as a character. But no one who encountered him was left the same, and there are so many personal tales of struggle, redemption, opposition and doubt swirling around that give several options for adaptation.

Aside from Judas, whose betrayal is shown as a tragic miscalculation, “Easter Mysteries” doesn’t devote too much time to the Pharisees or the people calling for Christ’s death, save for when it dramatizes the trial. Instead, it focuses on the people who loved and followed Christ, mourned his death, and first doubted and then celebrated his resurrection. Unlike “Godspell” and “Jesus Christ Superstar,” it doesn’t seek to radically depart from the gospel texts, but rather it pushes deeper into them, using song to explore inner fears, doubts and joys.

I’m fascinated by how many tellings of the gospel story put a great emphasis on Judas’ betrayal and ignore Peter’s denial. Judas’ story, of course, has the more tragic outcome and the more pivotal role in the narrative. But there’s so much emotion and heartache to Peter’s story, so much to mine dramatically from it, that I’m always saddened when the moment is given short shrift. “Easter Mysteries” puts Peter at the center, and Earley is fantastic. Here, Peter’s a man who left his fiancee to follow Christ, and denied him to save face or salvage his broken dreams. When rumors appear of Jesus’ resurrection, he’s hesitant to believe it, especially as Jesus appears to be showing up to everyone but him. Peter’s eventual restoration with Christ (“Feed My Sheep”) is the film’s powerful emotional highlight.

Davie is amazing as Mary, who encountered a man who loved her and didn’t judge, and then is one of the first entrusted with sharing the story of his resurrection. She’s given a beautiful moment at the tomb (“They’ve Taken My Lord Away”), followed by a stirring encounter with Christ (“I Will Wipe Away Each Tear”). It’s a moving reminder that Jesus’ disciples were broken people who were healed by his love, and that the church began with the unlikely followers telling a hard-to-believe tale. And while Smith’s role as Jesus is smaller, he’s a powerful, peaceful presence; the axis around which the entire story revolves.

O’ Boyle’s score is key, and not just because the entire story is told through song. The passion story is the key moment of all Christianity, but we tell it so often that it risks becoming rote. The songs dig beyond the well-worn tropes and goes beyond Bible studies to find the emotion and humanity in the story, the joy and sorrow that mingled in one week in Jerusalem. The songs are beautiful and diverse, from the jaunty opening “Jerusalem” to the excited, triumphant “On the Road to Emmaus,” in which two disciples tell of their encounter with the risen Christ. The women’s encounter with angels outside the tomb “Quem Quaretis”is beautiful, and the film’s anthem, “Now Comes the Dawn,” is a joyful reminder of the hope of the resurrection.

Goldstein stages the event with simplicity, and it’s incredibly effective. While it might sound odd to set an entire theatrical experience on a stage, the lack of set decorations, props or even multiple dialogue scenes takes away so much of the pageantry and pomp that can render passion plays staid and cold. There’s a look of elegant minimalism that treats the story with reverence, but by removing any other distractions, we’re free to focus on the characters and their internal journey. The result is an experience that’s at once moving, thoughtful, joyful and meditative, and I hope Fathom considers making this an annual event.

I’m surprised at my reaction to this film, given how eager I was to jump into alternative tellings of the story. And while I love “Godspell,” “The Gospel According to St. Matthew,” “Jesus Christ Superstar” and others, it’s easy to get so wrapped up in them as films that I lose sight of the fact that they’re telling a story that has incredible spiritual and historical importance. Reverence is lost in favor of reinterpretation, and while there’s a great deal I love about these films, there’s also the awareness that in getting it right, they sacrifice key matters of the gospel, whether it’s the depth of sin and the importance of sacrifice, or the reality of the resurrection. “Easter Mysteries” is a reminder that reverence doesn’t have to be lost in telling a human story, and that while reinvention is a helpful approach, this is also a story that deserves to be treated with solemnity and seriousness, never losing sight of the very real people affected by Christ. I highly recommend this event. You can find more information on theaters and showtimes here.

* If you want to know my thoughts on “The Last Temptation of Christ,” you can listen to me talk with Jason Wiedel about it on his podcast or read the piece I wrote for Christ and Pop Culture.

** You can read my interview with producer Ron Simons here. 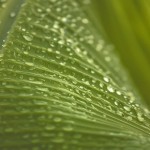 March 20, 2016
The fleeting fame of Palm Sunday
Next Post 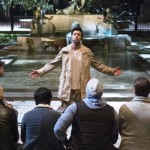