Patheos Explore the world's faith through different perspectives on religion and spirituality! Patheos has the views of the prevalent religions and spiritualities of the world.
If God has a PR person, they should be fired after this week.

At a time when the public perception of Christianity in America is already in the toilet, this week it took another hit on two fairly large fronts. First, megachurch prosperity preacher Joel Osteen caught heat when it appeared he was closing the doors of his Houston church to residents seeking shelter from Hurricane Harvey. Although Lakewood eventually opened its doors — and Osteen claimed they had never been closed — the damage was done. The preacher was called out by people of faith and nonbelievers for hiding out in his $10.5 million home while members of his community suffered through the storm.

Just as the furor over Osteen died down, the Council on Biblical Manhood and Womanhood released The Nashville Statement, a 14-article treatise on gender, sexuality and marriage that takes a very hard stance not only on homosexuality and transgender issues but also against anyone whose beliefs diverge from the council’s. Although the language stops just short of being explicit, the implication is that anyone who doubts or disagrees with the traditional evangelical teachings about homosexuality isn’t just in disagreement, but potentially not a Christian. This, of course, not only made a lot of people angry throughout the LGBT communities, but also in churches where there is disagreement over the politics of same-sex marriage or biblical interpretations on sexuality.

I have opinions about each of these things. I’m no fan of Osteen, and I’m not alone. Ever since he’s risen to popularity, he’s been seen by most Christians as a fraud and huckster who preaches idolatry at the expense of the gospel. I had the opportunity to interview Joel and his wife about 10 years back before a rally in the Detroit area, and it was a surreal experience. The event took place at a local Borders bookstore and the two walked in flanked by security guards. I had a few minutes to talk with them, and it was bizarre. They were nice and soft-spoken, with giant smiles (and they smelled fantastic). But their eyes stared right past me and their words were vapid, rehearsed and vague. After five minutes of saying that his message basically boiled down to “things are hard but will get better,” Joel walked off to the bathroom with three members of his security detail.  Despite the smiles and kind words, it was chilling and alienating. While there may have been mitigating circumstances that truly kept Lakewood from opening its doors, I was also not surprised that Osteen would come off as aloof and distant to the needs of others in a time of crisis.

As for the Nashville Statement, my feelings are more complex. There are theologians, pastors and lay people I respect and whose work has blessed me who have signed and affirmed it. And there are pieces of the statement that I understand and hold to. But I’m at a point in my life where I’m starting to re-examine our treatment of the LGBT community and even the church’s approach to homosexuality. It’s something that is more difficult to navigate than I’d initially grown up believing and requires nuance, compassion and love. More than that, there are people who I know to be God-fearing, loving Christians who disagree with traditional biblical teachings on homosexuality. I don’t consider them not to be Christians; I consider them brothers and sisters, many of whom make very good points. In my opinion, it’s a debatable issue; a hotly contested one, sure, but debatable. I feel Article X draws a line in the sand that lacks grace for the sake of authority (and in a follow-up blog post, Denny Burk confirmed as much). And CBMW’s stance on complementarian gender roles has taken on an Ahab-like obsession that has overshadowed the gospel and ignored so much of the hurt and abuse caused by warped uses of those beliefs, so I already come at this with a raised eyebrow.

But more than anything, my concern over these two issues has less to do with the nuances of them than with the timing, and how they showcase a growing disconnect with the perceptions and needs of a watching world.

Because, as I said before, the church’s reputation in America is currently not great. Evangelical leaders from Jerry Falwell to Franklin Graham to possibly the pastor of your local church have thrown in their lot with a president who is the epitome of everything we are supposed to be against. He’s a man of greed, a man of lust, a man who cares nothing of seeing and caring for the Imago Dei in others, who cannot tell the truth and will not respond gently. The world has noticed that the Christian support of Donald Trump is antithetical to the Gospel we’re called to cherish and the lives of compassion we’re compelled to live. People are watching closely, throwing our words back at us, ready to pounce the moment our walk doesn’t line up with our talk. And they have that right. While we traditionally hide behind some expectation that the world will hate us, the tension should come from the gospel we preach, not the fact that we don’t hold to it or that we often act like jackasses.

Maybe Joel Osteen’s church really was flooded; there was some debate about that. Maybe Lakewood wasn’t asked to open its doors (although local mosques also weren’t asked and took the initiative). But Osteen’s aloofness speaks volumes. The local church doesn’t only exist as a benefit to believers; it exists to be a good neighbor. Historically, Christians have been known for their sacrifice and compassion, their willingness to give to others in need, even if they get nothing in return. For him to be silent and only respond when pressure got came on smacks of hypocrisy. As the president was chided for not meeting with victims and turning his response into a chance to brag about himself, Osteen had the chance to show what Christian compassion and charity look like, and he blew it. And while there are numerous churches around the country currently mobilized to help those in need in Houston, the inaction of the community’s most prominent pastor shouts louder than the quiet work of the wonderful, yet less visible volunteers.

And as for the Nashville Statement, there’s a time and place for this discussion. This is not it. There is discussion and debate that should be ongoing in congregations about how to reconcile the Bible’s controversial words about homosexuality with our call to love others and showcase the gospel. But it’s a delicate conversation that should take place in the context of the local church, among those who trust each other and have a stake in each other’s spiritual growth. I don’t believe it calls for a giant public statement, especially when we haven’t really aligned on what is debatable, what is essential and how to approach this in our own churches (also, the fact that the Nashville Statement places acceptance and forgiveness in Christ at the end of the statement, not as its starting point, makes it apparent that priorities might be off). To do a public call is divisive, and Burk has admitted as much.

But is now the time for a divisive statement? In the past few weeks, the world has waited to see what the church’s response is on racism. And while many churches have stepped up, there really hasn’t been a unified response to white supremacy and the alt-right that has satisfied many. As it appears evangelical leaders like Falwell and Graham have sold out the gospel for power and privilege, there needs to be a unified statement from evangelicals condemning greed, power and political idolatry. And, I’ll be honest, many of the Nashville Statement’s signers were public Trump voters. And when you’ve condoned a man who’s said it’s okay to “grab ’em by the pussy,” you’ve ceded any moral authority, particularly in the realm of sexuality.

Christians have often been accused of living in a bubble, cordoned off from the dangers of the world and focused only on their own concerns. That cannot be the case any longer. We live in a country in strife and turmoil. Everywhere I look, it’s more apparent than ever that the only thing that can heal our nation and its citizens is the love, compassion and sacrificial charity of the church. Many evangelicals have chosen to pursue power, to be on the national stage. And guess what? They got it. Whether you agree with their politics or not, whether you’re evangelical  or not, the world is watching anyone who claims the name of Christ. They’re seeing hypocrisy, they’re seeing hatred, they’re seeing anger and divisiveness. And while we may want to leap into other issues or change the subject, we have to be aware of the tone of the conversation and the needs of those around us.

Christians, we must learn to read the room.

August 27, 2017
Punk Rock, Theme Parks and More on a Double Dose of CROSS.CULTURE.CRITIC.
Next Post 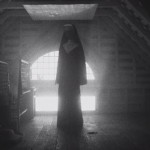 Entertainment
Lord, Save Us From Your Followers: 'The Keepers'...
Chrisicisms
TRENDING AT PATHEOS Entertainment