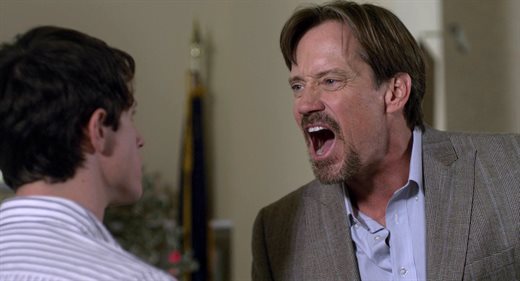 In March 2014, “God’s Not Dead” brought in $60 million at the box office, proving that movies for evangelicals can turn a profit. It was quickly followed by “Son of God,” “Heaven is for Real” and this year’s flood of Jesus movies.

I initially ignored it, citing my usual allergy to “Christian” cinema.  But as “God’s Not Dead 2” hits theaters this weekend, I decided to finally give the movie a shot.

And here’s my review: “God’s Not Dead” is an offensive and harmful movie — and I say that as a Christian.

Now, the film isn’t poorly made. The acting is capable. Harold Cronk is a competent director. From a technical standpoint, “God’s Not Dead” is fine at what it does — but what it does is extremely problematic. “God’s Not Dead” sets out to be an encouragement for young Christians encountering challenges to their faith. But in the end, it actually fails its key audience and becomes the thing it’s preaching against. Here’s how:

1. It contributes to a culture of fear. The plot feels more like an inspirational chain letter than anything resembling real life. Devout Christian Josh Wheaton enrolls in a philosophy course where Professor Radisson (Kevin Sorbo) instructs the class to write “God is Dead” on a piece of paper. Josh refuses and instead asks to argue for God’s existence. Meanwhile, a young woman hides her faith from her Muslim father, and a left-wing blogger accosts Christian celebrities.

The world of “God’s Not Dead” is extremely binary. There are Christians, who are the good guys, and there are nonbelievers, who exist to persecute Christians. This film tells young Christians that the world has it out for them and is going to do everything it can to get them to deny their faith.

Listen, it’s good to prepare young people for encountering beliefs different from their own as they leave their safe Christian enclave. But while this occasionally manifests itself as hostility, more often than not, nonbelievers are perfectly happy to agree to disagree. A professor might challenge your worldview — which is actually their job — but they’re probably not going to be hellbent on breaking your faith. But the world of “God’s Not Dead” sees all questions and disagreements as an attack, not an invitation to dialogue.

The conversations that have provoked the deepest thoughts about my faith have taken place in the context of friendly disagreement and discussion with my non-believing friends. I never would have asked the questions necessary to making my faith my own had I not been forced to examine other ways of believing. “God’s Not Dead” prepares young people to strike a defensive, fearful posture, which is the first step toward blocking those essential friendships and discussions. 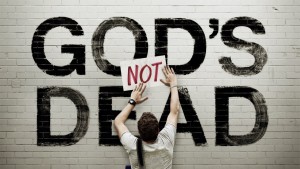 2. It demonizes nonbelievers. Not one non-Christian is depicted as friendly or good. Instead, the film paints unbelievers as obsessed with bringing down religion and making Christians look stupid. Professor Radisson isn’t just committed to having his students deny God; he chases Josh down and promises to fail him and derail his career. The atheist blogger brags about her “ambush interviews” with the “Duck Dynasty” cast. The Muslim father beats his daughter and kicks her out of his house when she converts to Christianity. A lawyer (Dean Cain) has no other reason for being in the movie than to dump his girlfriend when she informs him she has cancer.

“God’s Not Dead” depicts Christians as a beleaguered, persecuted minority. Never mind that American Christians have done pretty well for themselves and hold a political and cultural sway that many other faiths covet. Never mind that many people feel intimidated by Christians and are nervous about having evangelicals impose their views on them. If you made a movie where Christians were depicted the way nonbelievers are here, evangelicals would be up in arms crying…well, persecution. By setting out to show just how persecuted Christians are, the film slanders nonbelievers — which many evangelicals consider a form of persecution when the tables are turned.

While this seems like a lot of shade to throw at a movie, realize that it ends with a call to action, urging the audience to text “God’s Not Dead” to friends and family members. The crew wants this to be seen as a depiction of the way the world really is, and it tries to convince young Christians that people who don’t share their faith are enemies. It doesn’t just eliminate dialogue; it sets up genuine conflict. “God’s Not Dead” isn’t the movie that created Donald Trump, but you can see the seeds of our divisive, angry culture here.

3. It abandons its own appeals to reason. I don’t have any problems with the content of Josh’s in-class defense of God. I believe faith can be defended using reason and rationality. I even respect that this film moves away from a young-Earth defense and mentions the Big Bang Theory and evolution in its defense. Whatever its flaws, its idea of a faith that can be defended through reason, science and philosophy is one I support.

Unfortunately, the film doesn’t buy it.

The film wants us to believe that Radisson’s intellectual objections won’t hold out and Josh will use reason to convince him of God’s existence. But then, it cheats. It reveals that Radisson’s hatred of God stems not from reason, but from a dead mother and unanswered prayers. It appeals to emotion, not rationality. Rather than involve us in a gripping debate where both sides make valid points, it abandons its theme in favor of tear-jerking moments and last-minute brushes with death.

There’s actually an anti-intellectual streak running throughout the movie. Professor Radisson has a live-in girlfriend who’s a Christian. And while they agree not to mention her faith, Radisson is frustrated because she’s no longer interested in good books or stimulating conversation. She’s mocked by the professor’s colleagues when she screws up the wine at a dinner party. The unspoken lesson is that good believers don’t waste time thinking, unless they’re thinking about defending the faith. Evil atheists spend their time talking, reading and pontificating, like the atheist blogger; Christians are folksy and charming, like Willie Robertson. This encourages the audience to abandon too much intellectual rigor and believe that everyone’s reasons for rejecting God stem from emotion, leaving them unprepared when rational and scientific objections to faith arise. 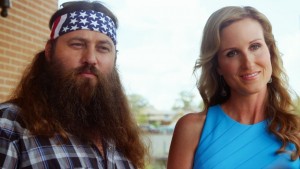 4. It encourages stereotypical views of Christians. To the cast and crew of “God’s Not Dead,” being a Christian isn’t just a faith choice; there are some extra-biblical requirements.

Notice how they introduce the atheist blogger. We see her car festooned with bumper stickers (oh, irony) that let us know she’s vegan. Her blog is left-wing. She’s not a fan of the Newsboys. It might be a small point, but it comes across loudly: these things are shorthand for atheism. Non-Christians care more about animals than humans. They vote Democrat. They’re intellectual.

This issue is indicative of a large problem in evangelical subculture, which often equates Christianity with voting a certain way, listening to certain music and generally not being “weird” —  unless it’s weird for Jesus. What about the student who finds their political leanings changing or feels convicted to give up meat? This movie suggests that they are not a Christian and further isolates them from Christian community. Some may think I’m being overly sensitive, but I’m speaking from experience. As a Christian who leans left politically, enjoys intellectual pursuits and doesn’t conform to much of evangelical culture, I often feel isolated and apart from many Christians. But true, biblical Christianity is diverse, encompassing all political spectrums, artistic tastes and levels of intellect. This film fails to allow that diversity. 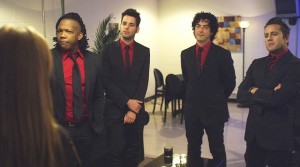 “God’s Not Dead” tells students that the threats to their faith will be external, and all they have to do is refuse to back down from their convictions. But what about when the threat is internal, and new thoughts and philosophies challenge what they believe? What about when they find their faith slipping? How can we encourage them not to run from doubt but enter into it, and learn that God meets and transforms us through that doubt and helps us make our faith our own? How do they deal with a world that is dangerous and dark after years of being in a warm Christian cocoon? How do they learn to befriend, live alongside and genuinely love people who don’t share their faith? These questions are all valid, inherently dramatic and worthy of tackling through cinema. Unfortunately, “God’s Not Dead” would rather traffic in fear and anger. 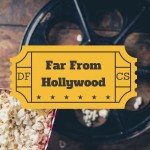 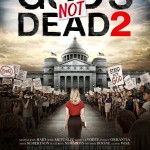