The soil of the church 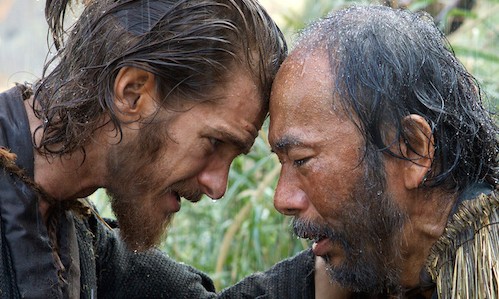 Few filmmakers propel their films with as much energy and emotion as Scorsese, a skill which might have peaked with 2013’s raucous, angry “The Wolf of Wall Street.” With “Silence,” however, the director slows the pace to a crawl.  Cinematographer Rodrigo Prieto composes gorgeous, almost painterly displays of the Japanese landscapes; even the scenes of suffering have a brutal beauty. Scorsese’s longtime editor Thelma Schoonmaker lets the film play out in long, deliberate paces, giving the film an introspective, meditative quality. Using voiceover drawn from Endo’s novel, Scorsese creates a film that is far removed from the energetic, sometimes manic rush of “Wolf of Wall Street” and “Goodfellas” and more contemplative, focused on the internal anguish of Father Rodrigues.

The film is explicitly religious and deeply Catholic. Its first hour focuses intently on Fathers Rodrigues and Garupe’s service to the Japanese community, and the joy and purpose they find in ministering to the locals. For nonbelievers and even non-Catholics, it can be hard to understand why they feel the mission is so vital, why it’s so necessary that the Japanese people have a priest to forgive their sins and baptize their babies. As a Protestant, there was a part of me wondering why the priests were necessary; couldn’t the local believers handle their own religious affairs? But for the community, these are the intermediaries between them and God; the only hope they have for salvation is these men. And for Rodrigues and Garupe, finding this community confirms their calling and gives them purpose.

Garfield is an actor I sometimes have problems accepting in mature roles, but his youth is an asset here. He captures the pride and naivety I’ve seen in young believers (and possessed myself).  Rodrigues deeply loves Christ and finds purpose in service, but he also believes he’s above the people he’s serving and dreams of dying a martyr’s glorious death. Garfield’s eyes capture not only the sincerity and condescension that co-exist within Rodrigues, but also the anguish that overtakes him as his situation deteriorates. Driver, in a smaller role, also shows the same pride and fear, his emaciated body a fascinating visual representation of the suffering of the persecuted Christians.

Scorsese’s not interested in religious propaganda but in delving into the complexity of belief. He’s always related more to Judas than Jesus (there’s a reason why that disciple is made into a hero in “Last Temptation”), and here finds several proxies to examine issues of failure and doubt. Kubozuka is riveting as Kichijiro, a man tortured by apostasy and weakness, and yet there’s childlike, almost naive thirst as he continues to seek absolution. Neeson, in his small role, is wounded and brokenhearted, showing more vulnerability and nuance than he has in ages. Scorsese is fascinated by these men; Rodrigues is terrified he’s going to become them.

If “The Last Temptation of Christ” was about faith in the midst of uncertainty, shame and fear, “Silence” is about faith in the midst of despair, suffering and failure. As Rodrigues prays for deliverance and intervention, God stays quiet. More die. More suffer. The head inquisitor, Inoue (Issei Ogata), tells Rodrigues that Christianity is like an “ugly wife” causing trouble in Japan; that the missionaries’ attempts to pull people away from their culture has led to their own suffering. In the face of that, and without an answer from God, Rodrigues begins to question. Hovering over it all is the question of what will happen when Inoue finally stops questioning him and orders him to step on the fumi-e — an engraving of Christ — and deny his faith.

“The blood of martyrs is the seed of the church,” Rodrigues says to his interrogators. And, indeed, Christianity is a religion that has spread via stories of sacrifice and persecution. And yet, what about weak faith? Is the church spread solely by the victors, or does a faith the preaches grace and extols God’s strength in weakness also have room for those who have failed? With “Silence,” Scorsese probes the way doubt and faith coexist — indeed, doubt is the soil in which faith grows — and doesn’t leave us with easy answers. Some have found Endo’s novel problematic for people of faith; I have no doubt some Christians will have difficulties with Scorsese’s film, even as others find it to be a deeply meaningful in its examination of religion.

Or, I could be wrong.

For the faithful only? 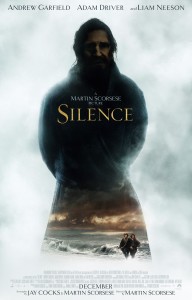 After my screening of “Silence,” I started talking to a fellow critic. I was still trying to process the film, but I knew already I’d been profoundly moved by it. My friend, however, seemed to be cold to the film. As we talked, he mentioned that, as an atheist, he had a problem with a film concerning missionaries sent to convert another culture. While the Japanese rulers who were subjugating the communities were obviously in the wrong, he also had an issue with the film’s protagonists, confessing that as soon as he saw what they were sent to do, he registered them as the enemy.

I, obviously, walked out of the film with a different experience. And yet, I don’t think “Silence” is necessarily as supportive about the missionaries’ work as my friend (and many other critics) may have thought. The film and the novel both take great pains to explain why the Japanese rulers outlawed Christianity, and both works make it clear that Japanese citizens suffered because of the actions of missionaries. In fact, one of the ways the rulers hope to make the priests apostatize is by punishing the peasants and not the preachers, suspending them upside down in excrement-filled pits or leaving them to drown in the ocean until the padres step on the fumi-e. The fathers are continuously reminded that their actions have consequence on the locals.

And Fathers Rodrigues and Garrpe are not blameless heroes. They are often prideful and arrogant, complaining about the people they serve, but nonetheless devoted to their ministry. It’s possible that the peasants could even have a stronger faith that the Jesuits. After all, Rodrigues spends most of the film worrying about his impending death or questioning God. The peasants are willing and happy to die for their faith. In one of the film’s most haunting pieces, a group of men are crucified on the beach, the tide battering them as it rises. Before his death, one man sings a psalm before succumbing to the waves. It’s a haunting look at endurance, but also a reminder —had the missionary not come, he would still be alive. But what, exactly, did they die believing? “They’re not dying for God,” someone tells Rodrigues  late in the film. “They’re dying for you.”

And yet, even as the film might question the missionaries’ work, it’s sympathetic to the priests’ belief. “Truth is universal,” Rodrigues says when asked why he brought the faith to Japan. If the priests believe they have the truth people need to hear and believe they are the conduits between the unbelievers and God, then can they be blamed for their desire to go spread the gospel to unbelievers? It’s the tension that has always existed in missionary work, and the logistics and sensitivities of reaching another culture are just as relevant today. While Scorsese focuses more on Rodrigues’ faith struggle than on the plight of the Japanese, their suffering isn’t lost on him. And even though the film is concerned with issues of faith, I don’t know that “Silence” is as cut-and-dried as it initially appears. While Scorsese replaces Endo’s ambiguous ending with (just a touch) more closure, providing a period instead of an ellipses that I found frustrating, it’s not a “happy” ending. And the film’s powerful climax can also be read differently with just a little knowledge of the casting choices Scorsese made for that moment.

“Silence” is a complex movie, and one that’s frustrated me as I’ve crafted this review. Like the best and most impacting works, it’s difficult to explain why it hit me as hard as it did. It’s easy to get bogged down in the film’s theological wrestling and forget that it’s as gorgeous, grueling and contemplative a work as Scorsese’s ever made. And yet, it’s the theological back-and-forth that captivated me and keeps me turning the film over in my head. It’s a movie that doesn’t offer easy answers, which is in keeping with the nature of faith. It frustrates, confounds, inspires and provokes. It’s one of Scorsese’s masterpieces, which is saying a lot. And I can’t wait to revisit it
. 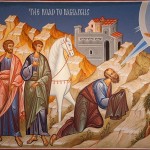 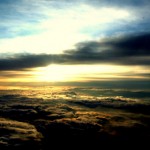 January 20, 2017 The Story of God: Heaven, hell, hope and justice
Recent Comments
0 | Leave a Comment
Browse Our Archives
get the latest from
Entertainment
Sign up for our newsletter
POPULAR AT PATHEOS Entertainment
1