The Story of God: Heaven, hell, hope and justice

Season two of “The Story of God with Morgan Freeman” airs Mondays at 9 p.m. (8 p.m. Central) on the National Geographic Channel. Once again, I’m writing about it here each week from a Christian perspective as a preview. This post is about episode two, “Heaven and Hell.”

Years back, I was out to dinner with a friend when we began talking religion. She was agnostic and I was in the middle of a pretty ugly bout of cage-stage Calvinism. She kept trying to change the subject, and I kept bringing it up, believing, of course, that it was my job to convert her in the middle of a TGI Friday’s. Finally, exasperated and a bit offended, she looked me dead in the eyes and asked,

“Chris, so you really think that if I left here tonight and died, I’d go to hell?”

I can’t remember my response, although I wouldn’t be surprised if I kept arguing instead of showing compassion and grace. But I do remember the emotional impact when she asked that question. I felt knocked out of my chair, unprepared to picture my friend suffering for eternity. It’s one thing to intellectually discuss heaven and hell in Sunday School; it’s another to picture it as a reality.

And yet, our eternal destinations play a core part in Christianity. Many of us became converts when a pastor asked us, “If you were to die tonight, do you know where you’d go?” Jesus spoke not just of a kingdom here on Earth, but one that was not of this world, and a place he was preparing for us. He also spoke more about hell than he did heaven. It’s impossible to talk about Christianity too long without also exploring what comes after this world.

That said, I think there are also a lot of misconceptions that have accompanied this topic, as well as some missteps on the part of Christians. So let’s try to talk about it a bit more openly now.

The hope of heaven

The second episode of “The Story of God’s” second season is an exploration of heaven and hell throughout different faiths. A journey into a cave that the Cherokees believed was their underworld is mesmerizing, and there’s an eerie trip into underground Mexican lakes where human sacrifices occurred. There’s a chilling look at men and women trying to exorcise demons, and a visit with Assyrian Christians who lived through hell on earth in war-torn Iraq. There’s talk of a near-death experience where a woman claims to have visited a serene afterlife and returned full of love. And there are Pentecostal Christians worked up into a fervor, speaking in tongues that they believe provide a glimpse of heaven.

There’s a theme of trying to experience here on Earth what we’re not destined to know about until we die. And, I must admit, I felt disconnected from every bit of it. 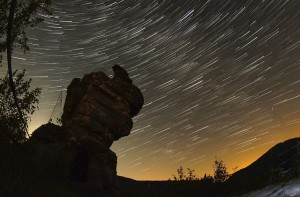 I don’t have much familiarity with Cherokee myth or Aztec rituals. And while those parts of the program are beautifully shot and fascinating, they interest me more from an anthropological perspective than a theological one. I don’t put much stock in near-death experiences or afterlife visions (even ones purported to have been written by Christians); I find it hard to believe that God could goof up in terms of a person’s time of death, and their descriptions are always a little too expected for something that should be inexplicable. And while speaking in tongues is something I’m not comfortable dismissing as a relic, the description of it shown in “The Story of God” feels too out of control and at odds with the biblical specifications. And, honestly, I don’t know that we’re ever promised a glimpse of heaven on earth; in fact, it feels antithetical to the whole idea of heaven.

I believe in heaven. I believe it defies our comprehension. When the biblical writers describe it with images of jewelry and precious metals, it’s not because the streets are literally lined with gold but because earthly images are as close as we can get to understanding it. I believe that when followers of Christ die, they’ll be in a place with no suffering or fear and everything wrong will be made right. Rather than a disconnected, wispy place in the clouds, Christians believe heaven will come down to earth following Christ’s return, and we’ll live forever with him, serving him and using our humanity and gifts to their full potential, unencumbered by the effects of the fall (I don’t have time for a more thorough discussion, but I’ve found both Randy Alcorn’s “Heaven” and C.S. Lewis’s “Transposition”  to be greatly helpful in informing my theology of heaven).

Here is where the critics of faith sneer and make comments about how I’m being led on by vague promises of a reward in the clouds and pie in the sky. And, in a sense, I can see their point. I don’t have any proof of heaven. No one’s come back from the afterlife to tell me about it. I’ve seen no visions, and I haven’t had a near-death experience. All I have are some promises in an ancient book.

But I think that’s the point. Much of the Bible’s talk about heaven comes in the form of promises of hope. Christ promises to go and prepare a place for his followers. The thief on the cross doesn’t have proof of heaven; only belief in who Jesus said he is. Paul did have a vision of heaven, but said the things he heard were things no human was permitted to speak of. Isaiah and John saw Heaven, but their reports weren’t about what was waiting for us there; they were concerned with things to come here, and deeper truths about God.

As Christians, we hope for heaven. But our hope isn’t in heaven; it’s in Christ. And maybe the reason we don’t have any earthly proof of it is because the whole point of our faith is not just to prepare us for the afterlife but to deepen our trust in Jesus. I don’t need to see a vision; I need to believe that if Jesus promised that he would prepare a place for me that he meant it. Sure, it might look silly and seem irrational to some. But I trust him, and maybe that’s all I need.

And I don’t believe he’s left us without an answer. We know things are not right on this planet, that it’s not the way it’s supposed to be. Our plans our frustrated; we always have the sense that there’s something better to come. Cultures throughout human history have believed in an afterlife; maybe it’s because we’re all deeply homesick. After all, as Lewis wrote, “If I find in myself desires which nothing in this world can satisfy, the only logical explanation is that I was made for another world.”

For the most part, aside from people who want to be belligerent and troll people of faith, most people just smile and allow us to believe in heaven. It’s a positive hope and it doesn’t really offend anyone.

Now, hell on the other hand… 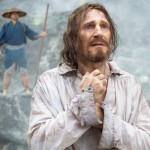 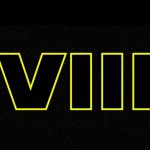 January 23, 2017 Star Wars Episode 8 gains a title
Recent Comments
0 | Leave a Comment
Browse Our Archives
get the latest from
Entertainment
Sign up for our newsletter
POPULAR AT PATHEOS Entertainment
1