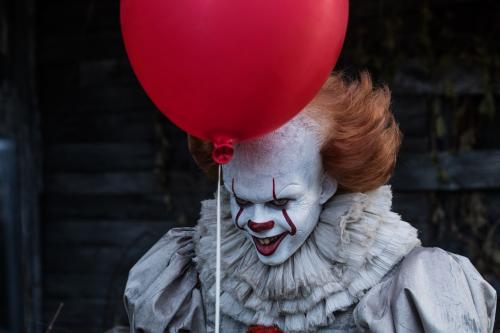 Adolescence is terrifying. Bullies are in constant pursuit, your body rebels against you, and adults seem imposing and untrustworthy. For many, it’s the most horrifying period of their lives.

And that’s without killer clowns.

Stephen King’s “It” is one of the author’s most beloved novels because it understands that the scariest part of being a kid isn’t supernatural beasts or grotesque horrors. No, the most terrifying thing is knowing that a big, unpredictable world lurks outside your front door and that eventually you have to face it.

The latest take on King’s story, previously adapted as a television miniseries in 1990, is full of gruesome images, evil creatures and real-life danger. But director Andy Muschietti (“Mama”) also understands that the friendships made during that time can be the best weapon against encroaching darkness. “It” is a coming-of-age story that will also scare the hell out of you.

“It” takes place in the late 1980s in town of Derry, Maine, which is weathering a rash of disappearances. We learn in the prologue that these aren’t simply kidnappings; there’s something otherworldly devouring Derry’s kids. A group of children, bonded by their outsider status, realize that whatever is haunting the town knows their deepest fears and takes on that form. Sometimes it’s a pus-oozing leper; other times, a ghastly painting come to life. Its favorite form, though, is sinister Pennywise the Dancing Clown (Bill Skarsgard), who lures children in with promises of carnivals and balloons and then rips them apart with rows of dagger-like teeth. The kids, who christen themselves The Losers Club, decide to take on the beast and save their town.

“It” is considered one of King’s most terrifying novels, and the miniseries has been responsible for a generation’s worth of nightmares, mostly due to Tim Curry’s iconic performance as Pennywise. This latest telling, however, will likely take its place as the preferred adaptation, and I imagine a whole new group of youngsters — and their parents — will lose sleep thanks to it (note: “It” is a bloody, R-rated horror movie; keep the kids home). Muschietti delivers the scares with skill, ratcheting the tension and flooding the screen with nightmarish imagery. He composes exquisitely suspenseful moments and unleashes big, terrifying set pieces. A slide show gone wrong and a nerve-wracking encounter in a haunted house are the highlights, but the thrills are “fun scary” rather than sadistic. You’ll scream, but you’ll laugh right after. 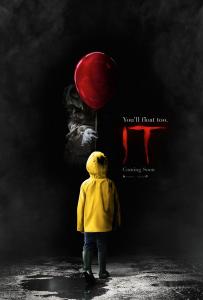 Its various forms are pulled from the kids’ psyches, calibrated to scare them to death. Burned hands claw behind locked doors, headless torsos shamble down stairs and blood geysers erupt from sinks. But the most memorable form is Pennywise. Skarsgard doesn’t duplicate Curry’s work but rather creates something new and creepy. He speaks with a childlike lisp that morphs into a raspy growl, and his lazy yellow eyes drift apart or focus with deadly intent depending on how hungry It is. He moves with animalistic ferocity but can also contort himself into tight spaces. It’s a great modern movie monster performance.

Beyond the scares, the film is touching and often tender. The Losers Club is made up of authentic kids, brought to life by a very capable set of young actors. Finn Wolfhard walks away with several big laughs as smartmouth Richie, and Jeremy Ray Taylor’s Ben is the film’s adorable, chubby heart. But perhaps the best performance comes from Sophia Lillis as Beverly, a young girl enduring a horrific home life and terrified of encroaching womanhood. Beverly is the heart of the Losers Club, the member of to always do the right thing and never hesitate to rush into danger. Lillis gives a strong, brave performance and walks away with the entire movie.

While many will be drawn to “It” for the horror, the film’s most effective scenes are the ones where the kids hang out, joke around and find fleeting moments of summer fun. And the real-life challenges the kids face provide grounding to the story’s supernatural terrors, which often take a backseat to danger posed by abusive adults, sadistic bullies or overprotective mothers. “It” has some very visceral moments, but perhaps the most effective scare is the way Muschietti evokes a time when childhood was a beautiful, fragile thing threatened by encroaching adulthood and a loss of innocence. In those dark moments, the friendship between the Losers is a shining light, and the film has just as much “Stand By Me” to it as it does “Pet Sematary.”

Fans of King’s novel know that the kids’ fight against It is literally only half the story. The 1,200-page tome dealt with two timelines: one where the children fight It and a parallel one where they return years later to finish the job. The film saves the adult subplot for the sequel and also cuts out the meandering metaphysical backstory. But the book is still an unwieldy beast to adapt, even when cleaved in half, and Muschietti’s film sometimes inelegantly fits in backstory and exposition. It’s likely only the book’s fans will notice certain excised moments, but it’s apparent some characters — particularly Chosen Jacobs’ Mike Hanlon — got short shrift.

The film also falters during an effects-heavy climax, staged less like the intense haunted house ride that came before and more like a rumble from any superhero movie. The ending, in which the kids vow their loyalty to each other and the town, is undercut by the promise of a sequel in the final moments. But for the majority of its runtime, “It” is scary and intense. It’s a great surprise to realize, though, that there’s more to it than just the screams.

This review originally appeared in the Sept. 13 edition of the Grosse Pointe News. 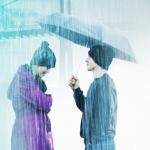 September 15, 2017 Steve Taylor Talks Newsboys, Christian Culture and Donald Trump on CROSS.CULTURE.CRITIC.
Recent Comments
0 | Leave a Comment
Browse Our Archives
get the latest from
Entertainment
Sign up for our newsletter
POPULAR AT PATHEOS Entertainment
1