What Is The Opposite Of Love? A Bible Study

What is the opposite of love? Is it hate? What does the Bible say about this?

Love is a deep, abiding feeling that causes a person or persons to act upon another and is often done out of a selflessness and is not typically motivated by external forces. It could be described as a profoundly tender, passionate affection for another person and is sometimes a spectacular, indescribable, deep euphoric feeling for someone. It could be a person or a beloved pet. Many people have a natural love for their own family members like their spouse, their children, their parents and many have this same feeling for their pets. To them, pets are just like members of the family and when they lose their pet, it’s like the loss of a family member and there is great grieving over this loss.

God sees love and discipline as intertwined because as God says “For the Lord disciplines the one he loves, and chastises every son whom he receives” (Heb 12:6). Even in the Old Testament, God’s love is well known as He says in Deuteronomy 8:5 “Know then in your heart that as a man disciplines his son, so the LORD your God disciplines you.” In fact the psalmist writes “Blessed is the one you discipline, LORD, the one you teach from your law” (Psalm 94:12) and we are told to “not despise the LORD’s discipline, and do not resent his rebuke” (Prov 3:11) “because the LORD disciplines those he loves, as a father the son he delights in” (Prov 3:12). Even in the New Testament Jesus says “Those whom I love I rebuke and discipline. So be earnest and repent” (Rev 3:19) and even evangelism is based upon love because we don’t want anyone to face God’s judgment (Rev 20:12-15) which is why John the Baptist was so adamant saying “Who warned you to flee from the wrath to come” (Luke 3:7) which caused many to come “Confessing their sins [and] they were baptized by him in the Jordan River” (Matt 3:6). Here is why we should “not regard lightly the discipline of the Lord, nor be weary when reproved by him” (Heb 12:5). God doesn’t delight in the wicked being punished (Ezk 18:32) and is “not wishing that any should perish, but that all should reach repentance” (2 Pet 3:9) which explains why Jesus spoke twice as much about hell as He ever did heaven. He doesn’t want anyone to face God’s wrath but we all have a choice to make (John 3:36) and He will not force Himself on anyone.

The Opposite of Love

If you are a parent, you discipline your child because you love them. If you saw them out in the street playing and they refused to get out of the street, you’d likely discipline them because you don’t want them to be hurt or killed. The reason is that you love your children. If you saw a blind man headed toward a cliff you’d very likely warn them that they are in grave danger of falling off the cliff and either being badly hurt or even killed, wouldn’t you? I would think most of us would. Here is the key thing about love then. The opposite of love is not hate; it is apathy or indifference. If you saw your children in mortal danger and didn’t care enough about them or love them enough to warn them or rescue them, then you couldn’t say that you really loved them. You’d let them be hurt or killed because you lacked a love that would motivate you to do something; anything you could to save them. The same thing applies to the blind man headed for the cliff. If you really didn’t love people or care for them at all, then you’d be apathetic toward what was about to happen to them and instead of going to them and warning them, you’d just sit by and watch or even turn away. Hate is not the opposite of love because if there is hate, there is at least some feeling there because if you were completely apathetic then you’d have no reason to hate; you wouldn’t care at all. 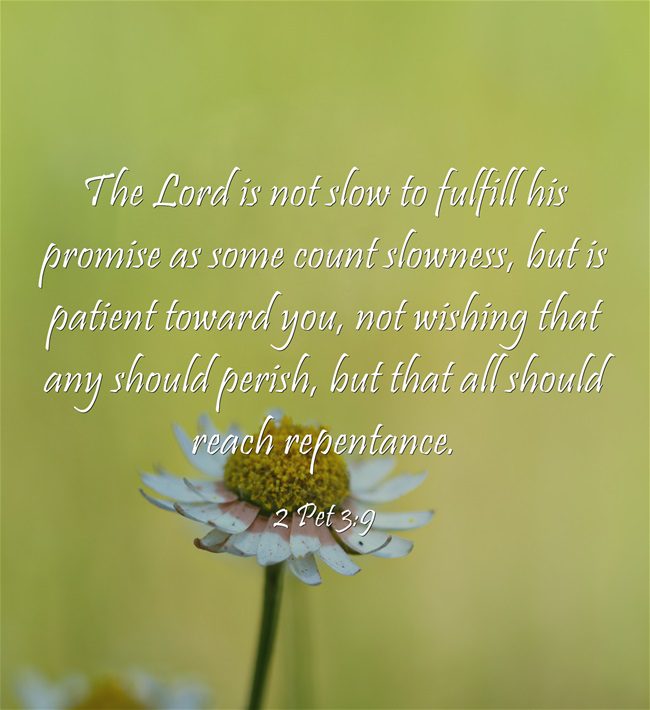 The Greatest Act of Love

When Christians don’t care enough to reach those who will perish without Christ, they are doing anything but acting out of love. By their apathy toward the lost, they are about as unloving as they could possibly be. The greatest act of love is to risk being ridiculed, rejected, scorned, and made fun of because you care enough to tell others that their day is coming when, after they die, they will face the judgment of God (Heb 9:27). If you saw someone’s house burning down and you knew the family was upstairs asleep, wouldn’t you be driven to do something?   You’d probably be pounding on their door and if you didn’t get an answer, you’d likely try to break the door down and warn them of the fire. If you had absolutely no love for others, then you’d just keep walking and be completely apathetic toward the fate of that family, but isn’t that what many Christians do when they fail to act on the imperative command of the Great Commission, given by our Lord Jesus Christ (Matt 28:19-20; Acts 1:8) when we fail to tell others about their need for the Savior? To do nothing is to show no care, no love, and no compassion at all for those who will face the wrath of God someday unless they repent and believe the gospel (Mark 1:15). It is the epitome of apathy to do nothing but it is one of the greatest acts of love to show that you do care…you care enough to say something, even if it’s going to take you out of your comfort zone.

Love and discipline are joined at the hip and in a similar way, love and hate are closely related but the polar opposite of love is indifference or apathy. You could not care any less when you do nothing to help others. The opposite of love then is not hate, it is apathy or indifference, and it is one of the cruelest of all human responses. There is no excuse for us to not tell others of the coming Day of Judgment; it is one of the greatest acts of love you could ever display. The opposite of love is that you don’t even care, you are indifferent, and you are apathetic. In short, you have no love for others, only for yourself. I am thankful that Jesus didn’t act in such a way (John 3:16).

May 20, 2015
Top 7 Comforting Bible Verses For Those Who Have Lost A Child
Next Post

May 20, 2015 What Is Eros Love In The Bible? A Bible Study
Recent Comments
4 Comments | Leave a Comment
Browse Our Archives
get the latest from
Evangelical
Sign up for our newsletter
POPULAR AT PATHEOS Evangelical
1

The 2021 SBC and the Cost...
Anxious Bench
Related posts from Christian Crier