Who Were The Scribes In The Bible? A Christian Study

Who Were The Scribes In The Bible? A Christian Study July 22, 2015 Jack Wellman

Who were the scribes mentioned in the Bible? Where there scribes in both the Old Testament and the New Testament?

When we think of the scribes, we often associate them with the self-righteous Pharisees but the scribes of the Old Testament had little to do with those in the New Testament. Even though we know that Moses wrote the first five books of the Old Testament (called the Pentateuch), there is strong evidence that the Scribes did much of the work in recording the Old Testament. Scribes held one of the most important and sacred of duties. They were given the responsibility of recording the very words of God through the men who were inspired by the Spirit of God to write what God intended for them to write. The scribes mentioned in the Old Testament were not exactly the same men who recorded in writing the Old Testament books as they were more like secretaries of state and it was their business to prepare and issue decrees in the name of the king (2nd Sam 8:17; 1st Chron 18:16; 1st Kings 4:3).

Jeremiah could be considered a scribe because God told him “Take a scroll and write on it all the words that I have spoken to you against Israel and Judah and all the nations, from the day I spoke to you, from the days of Josiah until today. It may be that the house of Judah will hear all the disaster that I intend to do to them, so that every one may turn from his evil way, and that I may forgive their iniquity and their sin” (Jer 36:2) but sometimes the authors of the Old Testament had help as in the case of Jeremiah where it was written, “Then Jeremiah took another scroll and gave it to Baruch the scribe, the son of Neriah, who wrote on it at the dictation of Jeremiah all the words of the scroll that Jehoiakim king of Judah had burned in the fire. And many similar words were added to them” (Jer 36:32). 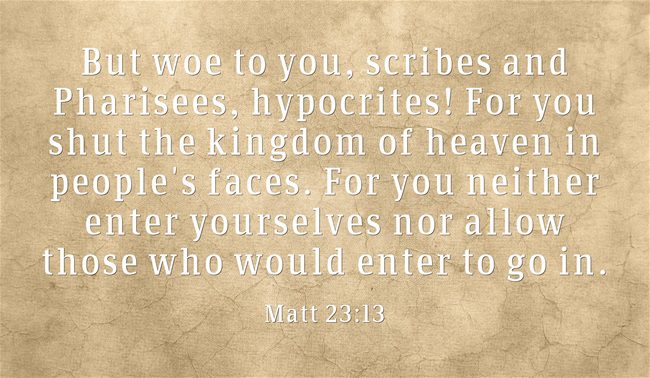 When we think of the scribes in the Bible, we don’t typically think of the one’s who actually wrote the books of the Old and the New Testament. The scribes mentioned in the New Testament did write down and copy the Old Testament Scriptures, but their position is not the focus of this article and not what they actually did because they played a greater role in Judea than just recording the Words of God. It’s very interesting that Jesus often rebuked the self-righteous Pharisees, the teachers of the law, and the scribes by saying “Have you not read?” (Matt 19:4) which meant that they should’ve known much of what Jesus spoke and taught about because it was in the very scriptures that they had copied and studied. They all spoke of Him as He once said “You search the Scriptures because you think that in them you have eternal life; and it is they that bear witness about me, yet you refuse to come to me to have life” (John 5:39-4). What a tragedy…they taught and read the Scriptures yet they refused to see Jesus as the perfect fulfillment of the long prophesied Messiah even though it was plain as day because even the “scribes [knew] that first Elijah must come” (Matt 17:10).

The scribes were essentially lawyers as they interpreted and ruled on legal matters brought before them and they sat on the Sanhedrin, which was like a Jewish Supreme Court, but they had added hundreds of their own traditions that were never part of the law of God, none of which was ever recorded in scriptures. That’s why the “Pharisees and scribes came to Jesus from Jerusalem and said, “Why do your disciples break the tradition of the elders? For they do not wash their hands when they eat” (Matt 15:1-2). Notice that they didn’t say “your disciples break the law” but they “break the tradition of the elders.” Tradition has nothing to do with the laws of God. They are manmade rules made by the self-righteous who look down on others as inferior because they don’t keep their own traditions. Based upon that reasoning then the Jews tradition was to stone and murder the prophets. So much for the value of traditions! Jesus rebukes them sharply by saying “And why do you break the commandment of God for the sake of your tradition” (Matt 15:3)? They were breaking God’s commandment to honor their parents (Matt 15:4-6) and keeping their own self-righteous traditions and Jesus was angry at this, and for good reason which is why He quoted Isaiah the prophet who wrote “This people honors me with their lips, but their heart is far from me; in vain do they worship me, teaching as doctrines the commandments of men” (Matt 15:8-9). They set the standards so high as to seem impossible to be reached, and thus to be saved which is why Jesus angrily said “But woe to you, scribes and Pharisees, hypocrites! For you shut the kingdom of heaven in people’s faces. For you neither enter yourselves nor allow those who would enter to go in” (Matt 23:13).

We still have scribes around today in the church; they teach that their own traditions are equal to and in some cases, superior to the written Word of God. They might not say that but they get trapped into thinking that “since we’ve always done it this way, we need to have others do it this way too.” That is what Jesus spoke about. When we make the laws of God null and break the commandment of God for the sake tradition, then we are putting our own standards above that which God requires and that makes for a Pharisee or a scribe of the heart and God resisted those “who trusted in themselves that they were righteous, and treated others with contempt” (Luke 18:9).

July 22, 2015 Was Lucifer A Fallen Angel? A Bible Study
Recent Comments
1 Comment | Leave a Comment
Browse Our Archives
get the latest from
Evangelical
Sign up for our newsletter
POPULAR AT PATHEOS Evangelical
1