Does God hate gay people? Does He single out the sin of homosexuality as being worse than others?

In the first place, Jesus died to pay for all sins so that all of our sins could be taken away and not just homosexuality. These sins are listed in Galatians chapter five as “sexual immorality, impurity, sensuality, idolatry, sorcery, enmity, strife, jealousy, fits of anger, rivalries, dissensions, divisions, envy, drunkenness, orgies, and things like these” and said, “I warn you, as I warned you before, that those who do such things will not inherit the kingdom of God” (Gal 5:19-21). It only takes one sin, even a small one, to separated us from God (Isaiah 59:2) so the greatest act of love is to be willing to offend someone in order that they might be saved and God declares that sins such as these mentioned by Paul and those who make a practice of such things without repenting of them (means, turning away from and forsaking them), will not be in the kingdom. This leaves only one other option for the unrepentant to go (Rev 21:8). 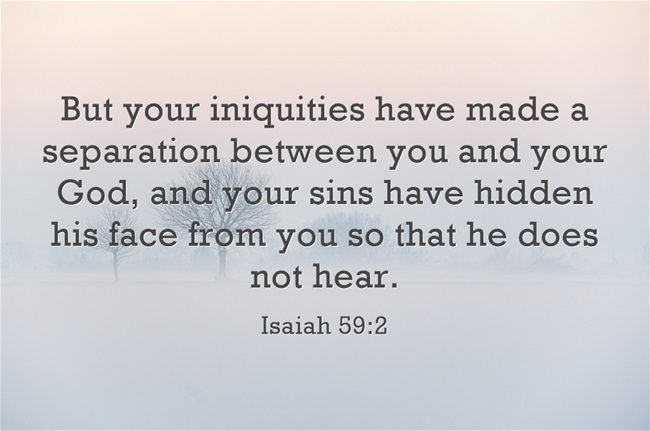 Desiring None Should Perish

God doesn’t want anyone to perish but to come to repentance and faith and be saved (2nd Pet 3:9) and that should be our desire too. If a friend of yours was a co-employee of a bank and you knew that he was embezzling funds, you’d do your best to warn him to stop it; that he or she could end up in prison. God shows us awfulness of sin in Scripture so that we’ll see the need for the Savior. Christians should not judge anyone; God’s Word is the standard of all true judgment but thankfully, no sin is beyond the reach of the cross. The only sin that cannot be forgiven is if the person dies in unbelief. Jesus said that the kingdom of God was about repentance and belief (Mark 1:15). The only way that we can become aware of our sin is to see it for what it is in Scripture. Sin cuts us off from a relationship with God (Isaiah 59:2) and staying in a state of unbelief means we have the very wrath of God abiding on us (John 3:36b) and it is only “Jesus who delivers us from the wrath to come” (1st Thess 1:10). We should be thankful that God provides a way for all sinners with all manner of sins. Christians are reminded “that the unrighteous will not inherit the kingdom of God? Do not be deceived: neither the sexually immoral, nor idolaters, nor adulterers, nor men who practice homosexuality, nor thieves, nor the greedy, nor drunkards, nor revilers, nor swindlers will inherit the kingdom of God” (1st Cor 6:9-10) but they should also remember that “such were some of you [and me!]. But you were washed, you were sanctified, you were justified in the name of the Lord Jesus Christ and by the Spirit of our God” (1st Cor 6:11).

Does God’ hate homosexuals? No, God warns them by His Word or friends out of love, just as He does all of us that we need forgiveness through repentance and faith. I certainly don’t hate anyone. I am no better than anyone else on this planet. The only difference is how God sees me. It not how I see others or I see myself or even how others see me but it is only how God sees me. If anyone has truly repented and trusted in Christ then they can say that it was “For our sake he made him to be sin who knew no sin, so that in him we might become the righteousness of God” (2nd Cor 5:21). Paul reminds the church, by use of a rhetorical question, “Or do you not know that the unrighteous will not inherit the kingdom of God? Do not be deceived: neither the sexually immoral, nor idolaters, nor adulterers, nor men who practice homosexuality” (1st Cor 6:9)? It is not only homosexuality that God judges but “adultery, thievery, the greed, drunkenness, and revilers and swindlers” or any other sin that’s never been repented. Homosexuality is no more the unpardonable or unforgiveable sin than anything else is. All sin needs to be repented of.

The similarities between Christians and non-Christians is that they are both sinners and their sin must be judged, but for one group their sin was placed on the Redeemer and has already been judged, ahead of Christ’s second coming. As a result, they have been forgiven but for the other group, they will have the Son of God judge them for their sins after death (Heb 9:27) or at His appearance. Would you rather have the Judge pay your fine (John 3:16) or have the Judge make you pay it yourself (Rev 20:12-15)?

October 18, 2015 Does God Punish Us When We Sin?
Recent Comments
39 Comments | Leave a Comment
"Jesus Christ never called his self "The King of the Jews". The bible state's he ..."
A C Was Jesus Black? What Race Was ..."
"The Book of Mormon tells us Satan has a Church which would be impossible since ..."
Jesus Jehovah What Is The Bible Definition Of ..."
"I highly disagree with that."
Elexis Selmon Top 7 Bible Verses For Actors ..."
"You are right if everyone started following Bible then we have to sell our possession,wiki-criticism ..."
Zafar Sharif What Is The Biblical Definition of ..."
Browse Our Archives
Follow Us!