Here are seven Bible verses for those who feel inferior in life or compared to others.

This is why the “good news” or gospel is so good. There is no respect for a person’s skin color, national origin, or sex. It doesn’t matter to God. The gospel is color blind because there is no difference to God between the rich or the poor, the rulers or servants, Greek or Jews, black or white, nor male or female for we are all one in Christ. Paul writes that “God shows no partiality” (Rom 2:11) because “the LORD your God is God of gods and Lord of lords, the great, the mighty, and the awesome God, who is not partial and takes no bribe” (Duet 10:17) so this is not a new teaching as it was found in the Old Testament too so when the Apostle Peter said “Truly I understand that God shows no partiality, but in every nation anyone who fears him and does what is right is acceptable to him” (Acts 10:34-35), he was not bringing in a new teaching.

Jeremiah 1:5 “Before I formed you in the womb I knew you, and before you were born I consecrated you; I appointed you a prophet to the nations.”

Believe it or not, and if it’s in the Bible we should believe it, God specially formed you in your mother’s womb. We can’t say that God didn’t know what He was doing or that your birth was an “accident.” No, God planned you from long ago to form you in the womb, to place you where you are now at, to save you, and to bring you into His kingdom. Just a simple reading of Ephesians 1 shows us that.

Second Corinthians 11:5 “Indeed, I consider that I am not in the least inferior to these super-apostles.”

The Apostle Paul was being attacked by other so-called “apostles” or some called themselves “super apostles,” whatever that is, but Paul was warning the Corinthians about these “super-apostles” that they are not superior nor was Paul inferior to them because “Even if I am unskilled in speaking, I am not so in knowledge; indeed, in every way we have made this plain to you in all things” (2nd Cor 11:6) and so he asks, “did I commit a sin in humbling myself so that you might be exalted, because I preached God’s gospel to you free of charge” (2nd Cor 11:7)? Paul concludes, “If I must boast, I will boast of the things that show my weakness” (2nd Cor 11:30).

Job 12:3 “But I have understanding as well as you; I am not inferior to you. Who does not know such things as these?”

Job was responding to his friends who had turned on him and had been blaming him for his suffering so Job answered them by saying “I am not inferior to you” which is true of all of us. God doesn’t see one of us as superior or inferior to others but Job’s friends quickly turned on him when they saw all that he had been going through and so they made the false assumption that if a person is suffering, it is always their own fault. In some cases, yes, that is true, but that is not true in every case and especially with Job. 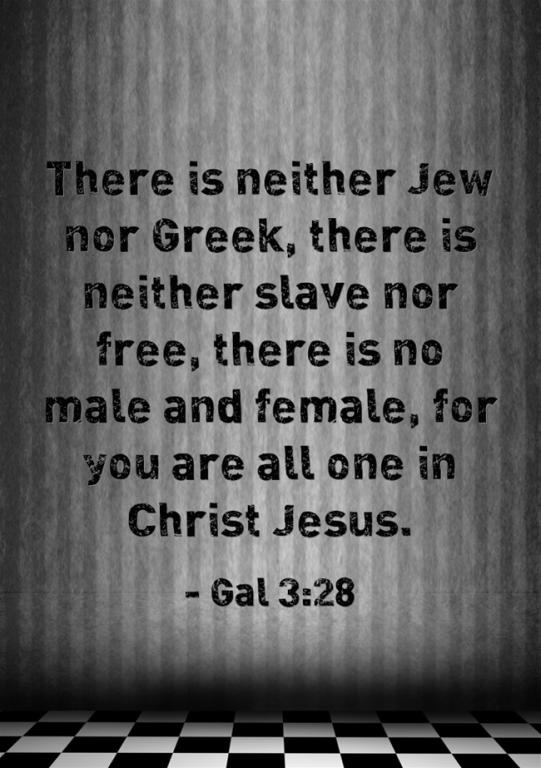 First Corinthians 2:1-5 “And I, when I came to you, brothers, did not come proclaiming to you the testimony of God with lofty speech or wisdom. For I decided to know nothing among you except Jesus Christ and him crucified. And I was with you in weakness and in fear and much trembling, and my speech and my message were not in plausible words of wisdom, but in demonstration of the Spirit and of power, so that your faith might not rest in the wisdom of men but in the power of God.”

These verses are dripping with humility and that’s why God used the Apostle Paul so powerfully since God can only work with the humble and not the proud of heart (James 4:6). If anyone had a reason to boast, it would have been Paul since he “received at the hands of the Jews the forty lashes less one. Three times I was beaten with rods. Once I was stoned. Three times I was shipwrecked; a night and a day I was adrift at sea; on frequent journeys, in danger from rivers, danger from robbers, danger from my own people, danger from Gentiles, danger in the city, danger in the wilderness, danger at sea, danger from false brothers; in toil and hardship, through many a sleepless night, in hunger and thirst, often without food, in cold and exposure” (2nd Cor 11:24-27).

Galatians 2:6 “And from those who seemed to be influential (what they were makes no difference to me; God shows no partiality)—those, I say, who seemed influential added nothing to me.”

Once again, Paul reminded his readers that God does not, nor has He ever shown, partiality with one group of people to the exclusion of another. We know that God looks at the heart and not the outward appearance as we often do (1st Sam 16:7) so neither must we look at the outward appearance of a person nor make a judgment about their character for we cannot see what’s in their heart. To Paul, “those who seemed influential added nothing to” him.

Second Corinthians 12:11 “I have been a fool! You forced me to it, for I ought to have been commended by you. For I was not at all inferior to these super-apostles, even though I am nothing.”

Paul refers to what were called “super-apostles” who seemed to feel superior to him but they were actually inferior in God’s eyes because they had been exalting themselves before the church while trying to bring down the Apostle Paul. Jesus reminds all of us that “Whoever exalts himself will be humbled, and whoever humbles himself will be exalted” (Matt 23:12).

If you find yourself feeling inferior in comparison to others, then I suggest you re-read these verses because what you think or what others think matters little next to what God knows. He doesn’t have to guess about a person’s character like we do so were better off not even going there. God is sovereign and He had chosen you from before the foundation of the world and that makes you a child of His and no child of God is either superior too or inferior to anyone and that certainly includes me. The foot of the cross is level ground upon which we must all stand and there is no place for exalting one’s self.

February 16, 2016
Top 7 Bible Verses For Those Feeling Insecure
Next Post

What to Do About the Backlash...
Cranach
Related posts from Christian Crier

Evangelical
Why The Fear Of God Is The Beginning...
Christian Crier