Here are seven of the top Bible verses about Moses.

Numbers 12:3 “Now the man Moses was very meek, more than all people who were on the face of the earth.”

When Moses was said to be the meekest man on earth, it didn’t mean he was the weakest man on earth. Isn’t meekness only strength that’s under control? Yes, Moses did have a problem with his temper, but he had intervened for Israel several times. On one occasion after Israel had once again rebelled against God, He was just going to start over with Moses descendants (Ex 32:11-14) but Moses prayed for the sake of God’s own name, which He had sworn by, that He had told Abram (later, Abraham), “And I will make of you a great nation, and I will bless you and make your name great, so that you will be a blessing. I will bless those who bless you, and him who dishonors you I will curse, and in you all the families of the earth shall be blessed” (Gen 12:2-3).

Number 12:7-8 “But this is not true of my servant Moses; he is faithful in all my house. With him I speak face to face, clearly and not in riddles; he sees the form of the Lord.”

This was right after “Miriam and Aaron spoke against Moses because of the Cushite woman whom he had married” and tauntingly, they asked “Has the Lord indeed spoken only through Moses? Has he not spoken through us also?” And the Lord heard it” (Num 12:2). God asked them, “Why then were you not afraid to speak against my servant Moses?” And the anger of the Lord was kindled against them, and he departed” (Num 12:8b-9). It may have only been because Moses pleaded for their lives that God did spare them, but not of all of the consequences for speaking evil of their leader, Moses (Num 12:13). The point is, God spoke directly to His servant Moses and was as close to Him as to see “the form of the Lord.”

Acts 3:22 “Moses said, ‘The Lord God will raise up for you a prophet like me from your brothers. You shall listen to him in whatever he tells you.”

This verse comes right after the Apostle Peter had helped a lame man to walk but acknowledges that it is in Jesus’ “name—by faith in his name—has made this man strong whom you see and know, and the faith that is through Jesus has given the man this perfect health in the presence of you all” (Acts 3:16). Peter says to those gathered “in the portico called Solomon’s” (Acts 3:11) that they had “killed the Author of life, whom God raised from the dead. To this we are witnesses” (Acts 3:15) and this was Him who Moses prophesied about that would be from among their own brothers (Judah), and they will “listen to him in whatever he tells you.” Part of this prophecy, found in Deuteronomy 18:15-19,  says “whoever will not listen to my words that he shall speak in my name, I myself will require it of him” (Deut 18:19). Jesus said that He would speak the Father’s words in John 12:49: “For I have not spoken on my own authority, but the Father who sent me has himself given me a commandment—what to say and what to speak.” 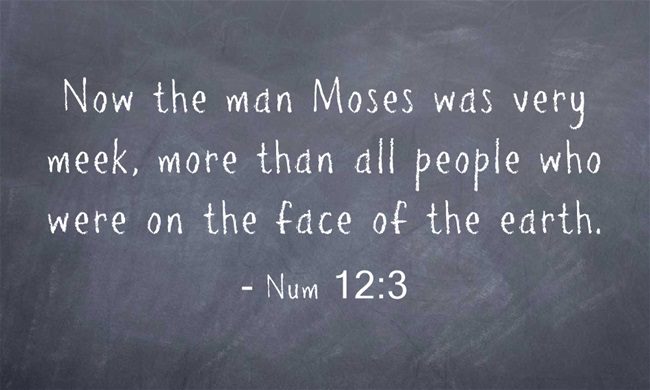 Hebrews 11:24-25 “By faith Moses, when he was grown up, refused to be called the son of Pharaoh’s daughter, choosing rather to be mistreated with the people of God than to enjoy the fleeting pleasures of sin.”

Moses chose to go out with his own people, rather than remain in the nation where he was born. That’s because “He considered the reproach of Christ greater wealth than the treasures of Egypt, for he was looking to the reward. By faith he left Egypt, not being afraid of the anger of the king, for he endured as seeing him who is invisible” (Heb 11:26-27). It was a display of faith when Moses “kept the Passover and sprinkled the blood, so that the Destroyer of the firstborn might not touch them” (Heb 11:28). That’s testimony against instant gratification and seeking eternal or permanent joy by being with God (Rev 21:3; 22:4).

Acts 26:22-23 “To this day I have had the help that comes from God, and so I stand here testifying both to small and great, saying nothing but what the prophets and Moses said would come to pass: that the Christ must suffer and that, by being the first to rise from the dead, he would proclaim light both to our people and to the Gentiles.”

Paul was trying to show King Agrippa, who knew the writings of the prophets and Moses, so he was only preaching what was written in the Scriptures of old. Even Moses wrote about the great prophet, the one to come, referring to Jesus Christ (Deut 18:15-19), and that this was what the Jewish leaders had access too as well as the king. Paul was appealing to the king’s knowledge of Scripture and since he believed in God, Paul was preaching what God has spoken through His word in order to prove that Jesus Christ was the Messiah or the Christ.

Mark 9:2, 4 “And after six days Jesus took with him Peter and James and John, and led them up a high mountain by themselves. And he was transfigured before them. And there appeared to them Elijah with Moses, and they were talking with Jesus.”

Just as Paul had mentioned Moses and the prophets, Peter, James, and John all witnessed Jesus transfiguration and the appearance of Elijah and Moses, who represented the law and the prophets. Jesus told them to tell no one, at least “until the Son of Man had risen from the dead” (Mark 9:9) and so “they kept the matter to themselves” (Mark 9:10a). This was a preview of the glory to come when Jesus returns in His full splendor of glory.

Acts 7:22 “And Moses was instructed in all the wisdom of the Egyptians, and he was mighty in his words and deeds.”

Moses had obviously had the best education you could receive at that time. He had very likely learned mathematics, geometry, construction, and that included “all the wisdom of the Egyptians,” so Moses was a very highly educated man. Well equipped to lead such a large nation. Moses was mighty in deeds and in words, before the Pharaoh and Israel as he was the mediator for the nation so God worked powerfully through Moses and all for God’s glory.

Moses is perhaps the most famous man in Jewish history. That’s good in one way but the Orthodox Jews in Jesus day just couldn’t see the Scriptures and how Jesus had perfectly fulfilled them, even down to the cross (Isaiah 53), but those who have repented and trusted in Christ see Him as Lord and Savior, but also as the King of kings. Paul writes, “we impart a secret and hidden wisdom of God, which God decreed before the ages for our glory. None of the rulers of this age understood this, for if they had, they would not have crucified the Lord of glory” (1st Cor 2:7-8) since “these things God has revealed to us through the Spirit. For the Spirit searches everything, even the depths of God” (1st Cor 2:10).