How Do I Know Which Bible Promises Are For Me?

How Do I Know Which Bible Promises Are For Me? January 5, 2017 Jack Wellman

The Bible holds hundreds of promises, but which ones are promises only for believers?

When God called Abram (later changed to Abraham), “the Lord said to Abram, “Go from your country and your kindred and your father’s house to the land that I will show you. And I will make of you a great nation, and I will bless you and make your name great, so that you will be a blessing” (Gen 12:1-2). With this promise, God adds, “I will bless those who bless you, and him who dishonors you I will curse, and in you all the families of the earth shall be blessed” (Gen 12:3). Amazingly, Abraham doesn’t stop and consult with his family or friends or think about it but it simply says, “Abram went, as the Lord had told him, and Lot went with him. Abram was seventy-five years old when he departed from Haran” (Gen 12:4). He left all that he knew and went to a place he had never been, but clearly, Abraham’s name was made great, among the Jews and the Arabic people, and even among Christianity; God did make the nation of Israel great, and still greater will it be in the coming kingdom, so that promise, while fulfilled to some extent, will someday be fulfilled in a way that we can’t even imagine; God said that “all the families of the earth shall be blessed” through Abraham and that came through the Messianic line of which Jesus Christ was born, and families of untold generations have been blessed with the free gift of eternal life. Not one of the promises given to Abraham ever failed, but what about Israel? 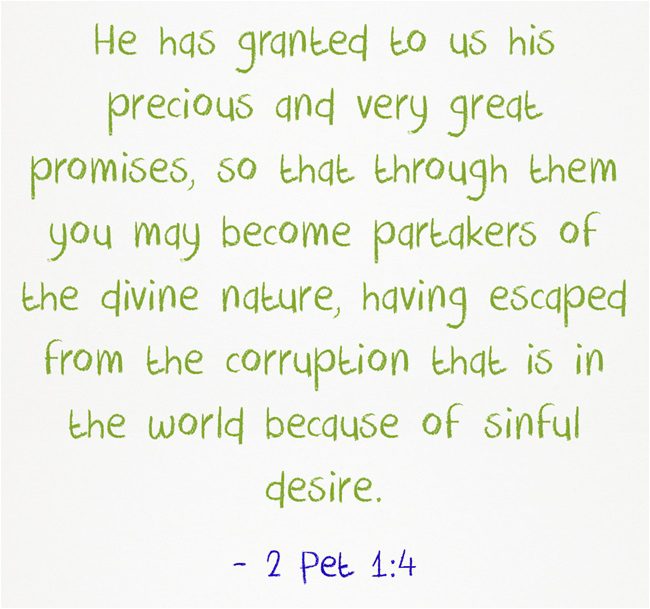 Some of the promises given to Israel where conditioned on obedience. If they obeyed God, He promised they would be blessed, but if they chose to disobey, then they would choose curses. That too was a promise; however those promises are given to all of us because God will never bless disobedience. That’s not Who He is. God does sometimes bless even those in the world who are not His own children, whether they know about it or not (Matt 5:45), but for the most part, God will bless those who are a blessing to others, He will bless those who strive to live a life pleasing to God (not of sinless perfection of course), and He will bless everyone who repents and believes with eternal life. Jews and Gentiles are saved in the same way, and that is through trusting Christ (Acts 4:12). There is no Plan B for the Jews or anyone else, even if they’re descendants of Abraham. God is not finished with Israel. We know this from many of the biblical prophecies, but what promises can we claim for ourselves as Christ followers?

Promises that are for us today are clearly found in the New Testament, even though of course many of the promises of the Old Testament are for us too, like blessings and curses from obedience or disobedience, but Jesus gives this promise “I am the resurrection and the life. Whoever believes in me, though he die, yet shall he live, and everyone who lives and believes in me shall never die” (John 11:25-26). That is a promise of life after death; eternal life to be more specific. That promise cannot be thwarted by anyone or anything (John 10:28-29), not even death (Rom 8:38-39), which Jesus affirms by saying, “All that the Father gives me will come to me, and whoever comes to me I will never cast out” (John 6:37), because “this is the will of him who sent me, that I should lose nothing of all that he has given me, but raise it up on the last day” (John 6:39). Losing not one is a rock-solid promise grounded on the Rock of Ages. The Apostle Peter describes these promises to the persecuted Jewish Christians, writing that God “has granted to us his precious and very great promises, so that through them you may become partakers of the divine nature, having escaped from the corruption that is in the world because of sinful desire” (2nd Pet 1:4).

Today we are eagerly waiting for the remaining promises of God to be fulfilled in our lives (Rom 8:18), and so, “according to his promise we are waiting for new heavens and a new earth in which righteousness dwells” (2nd Pet 3:13). There are other promises that are not for believers and this included Revelation 21:8 which said that “the cowardly, the faithless, the detestable, as for murderers, the sexually immoral, sorcerers, idolaters, and all liars, their portion will be in the lake that burns with fire and sulfur, which is the second death.” The Prophet Daniel gives a prophecy that is a promise of God, that in the last days, on the Day of Judgment, “many of those who sleep in the dust of the earth shall awake, some to everlasting life, and some to shame and everlasting contempt” (Dan 12:2), but “those who are wise shall shine like the brightness of the sky above; and those who turn many to righteousness, like the stars forever and ever” (Dan 12:2-3). You can receive Christ’s payment for your sins, or pay for them yourselves in all eternity, for surely this promise of God is true too that “if anyone’s name was not found written in the book of life, he was thrown into the lake of fire” (Rev 20:15).

January 5, 2017
Does The Bible Teach God Will Not Give Us More Than We Can Handle?
Next Post