Who Is Torben Sondergaard And What Is The Last Reformation?

Who is Torben Sondergaard and what is the Last Reformation? Is it biblical?

Torben Sondergaard is a Danish Christian evangelist, author, public speaker, and faith healer who has claimed that God communicated with him directly, telling him “You shall write a book, and I will give you one chapter each day. But on Sundays, you shall not write. You shall have time off together with your family.” Sondergaard has claimed to cast demons out of children, claims a 90% healing rate, and if the person’s not healed, they attribute it person’s lack of faith. Danish Author Sekter Birger Langkjæer wrote in her book, Sects in Denmark, that “Many who have dared to criticize a charismatic leader have experienced threats and getting warned that God would let them drop dead like Ananias and Sapphira in Acts 5. This also happened to me when I dared to ask critical questions about the notorious Danish evangelist Torben Sondergaard.” [1.] Several Christian blog writers in Denmark, Norway, Canada, USA, and in other countries have come out to warn against following the teachings of Torben Sondergaard and his ministry, referring to it as a cult and criticizing Sondergaard’s teaching on the gospel and his view on baptism. Is this man’s teaching a threat to Christianity? It is based upon the teachings of Jesus and the Apostles? Should we be cautious about the Last Reformation? 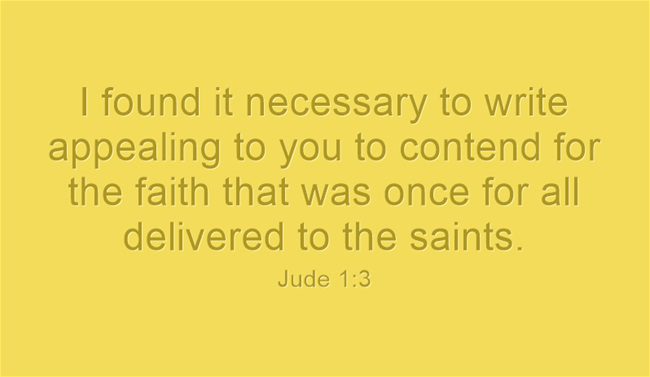 Torben Sondergaard has a real method. He claims that we will receive a financial blessing when we are giving money, and as long as you give, you will be blessed. That’s not wrong in itself, but God often blesses in more ways than money, so to make it seem that if you give God money, it ensures He will bless you financially, is simply making God out to be a “quid pro quo” God; do this for me and I will do this for you…give Me money and I will give you money back…like a rebate! Sounds a lot like capitalism, doesn’t it? Even more troubling is his claim that autism is caused by demonic possession, and since Sondergaard claims to have the power to cast out demons, he believes that autistic children can be cured. In openly teaching this, he is inadvertently terrifying many parents and children that their child is autistic because they’re demon possessed [2.], ignoring the fact that it’s a neurodevelopmental disorder. He also claims he can cure “homosexuality” as it if’s a disease or illness and not something that needs to be repented of. Additionally, unbiblical claims are made that they can free people from demons by administering baptism, as if there’s a special power in the water. He calls it “being delivered” or “set free.” There are just so many problematic areas in the Last Reformation’s teachings that it would be impossible to cover them all (even in a book!), but there is more than enough to know that something is very wrong about this so-called “Last Reformation.”

Contending for the Faith

Jude states in his book the very purpose for which he wrote it; that it was it was necessary “to contend for the faith that was once for all delivered to the saints” (Jude 1:3). Why? Because “certain people have crept in unnoticed who long ago were designated for this condemnation, ungodly people, who pervert the grace of our God into sensuality and deny our only Master and Lord, Jesus Christ” (Jude 1:4). To have “miracle powers” is to satisfy the desires of the flesh and is pride-based, rather than focusing on being like Christ (Phil 2), and personal experience is now being placed above Scripture as Sondergaard teaches that salvation is only completed through baptism and making sure to avoid the three-fold immersion that the Bible teaches (Matt 28:19), and salvation is not completed until there is the baptism of the Holy Spirit, which is manifested by speaking in tongues. [3, 4] Sondergaard even says it was through baptism that Jesus received the Holy Spirit [4] and today, the receiving of the Holy Spirit has substituted the receiving of Jesus [5], but isn’t Jesus is the Head of the Church? It seems that Sondergaard is now leading the church, and Jesus is following, since His imperative commands (Matt 25:34-39; 28:18-20) are now superseded by “signs and wonders,” which by the way, Jesus said is what an evil generation seeks after (Matt 16:4). Their “Kickstarts” have focused more on receiving the gift of healing than anything else. Their intensive trainings might focus on one thing…healing, but this gives glory to the person and the gift rather than the Giver of those gifts. Jesus is the Head of the Church, not Sondergaard, not me, not you…He will chasten His church and discipline His church when and where it is needed (and it always is, Rev 2, 3). It is Jesus’ church and He doesn’t need Sondergaard’s help to “whip it into shape.” That is the work of Jesus, working with His church through the Holy Spirit. And Jesus Christ is seeking followers and disciples after His own heart, not more people who can heal and speak in tongues. God’s goal is to be more Christ-like, not do miracles like Jesus did. We are to be His witnesses, not focused on miracles to the exclusion of the Great Commission. God desires us to be conformed into the image of His Son, and we know what that image is like (Phil 2:1-8), and the image is less concerned with external things than it is bringing people to repentance and faith and receiving eternal life. You can be healed physically, but still be dead spiritually. The healed person will die again…but the person who’s trusted in Christ, even if they die, will yet live again (John 11:25).

My question to Mr. Sondergaard is why call it the “Last Reformation?” Who determined whether we need a Last Reformation or even another one? And who is to say that this will be the last reformation? Do you know something we don’t know? He believes that God spoken to him outside of His Word, so why did God tell him something that He didn’t tell the rest of us? How can we discern if this is from God if the source is a man? Who gave this man the authority to speak for God and in behalf of God and for Jesus’ church? Why doesn’t he teach about sanctification, holiness (Matt 5:20), the need for repentance (Mark 1:14-15), glorifying God (Psalm115:1; 1st Cor 4:7), and most of all, focusing on the Person and work of Christ, and glorifying Him by teaching how we can follow Him (Matt 7:15-23; 25:34-40; 28:18-20)? Does God still speak with authority through others outside of Scripture? If we trust those voices outside of Scripture, then we’ll lean less upon the Word of God, and if we lean upon the words of man, we’ll fall into error, and if we place personal experiences over truth, we’re headed for error. If we trust human experiences or dreams or visions over God’s Word, we’ll exchange subjective truth (“I believe”) for objective truth (“I know,” e.g. the Bible), and follow what others say rather than doing what the Bible teaches. So many have already “exchanged the truth about God for a lie” (Rom 1:25). What we do know is that whatever a man believes, teaches, or experienced, doesn’t change what is true, and God’s Word is always true (Psalm 119:160; John 17:17), so the question comes down to this; who is a more reliable source; Torben Sondergaard or the Word of God? Need I say more?

June 14, 2017
What The Bible Teaches About Tolerance
Next Post

Into Turkey-- Part Twelve
The remains of the Roman road can be seen right beside the...