Is God Using Natural Disasters As A Judgment Of America?

Is God Using Natural Disasters As A Judgment Of America? September 8, 2017 Jack Wellman

Are recent natural disasters like hurricanes and floods a judgment from God?

We know that God judges all the nations of the earth, so it’s only a matter of time before the sentencing is carried out. Every nation and people will be judged; nations shall be judged collectively, but people will be judged individually as to whether they trusted in Christ or rejected Christ (John 3:36). It’s not a matter of if but when. The Prophet Joel writes, “I will gather all the nations and bring them down to the Valley of Jehoshaphat. And I will enter into judgment with them there, on behalf of my people and my heritage Israel, because they have scattered them among the nations and have divided up my land” (Joel 3:2). God’s judgment is more sure than the sunrise, however, God does say, “this is the one to whom I will look: he who is humble and contrite in spirit and trembles at my word” (Isaiah 66:2b). God also “gives up nations before him, so that he tramples kings underfoot; he makes them like dust with his sword, like driven stubble with his bow” (Isaiah 41:2), and He “brings princes to nothing, and makes the rulers of the earth as emptiness” (Isaiah 40:23). Compared to the Almighty God, “the nations are like a drop from a bucket, and are accounted as the dust on the scales; behold, he takes up the coastlands like fine dust” (Isaiah 40:15). It is God Who “changes times and seasons; he removes kings and sets up kings” (Dan 2:21), so eventually, every one of us will stand before God to give an account; for those who trusted in Christ, they can stand before God because they are in Christ; for those who reject Christ, they must stand in for themselves, and this will be woefully insufficient. 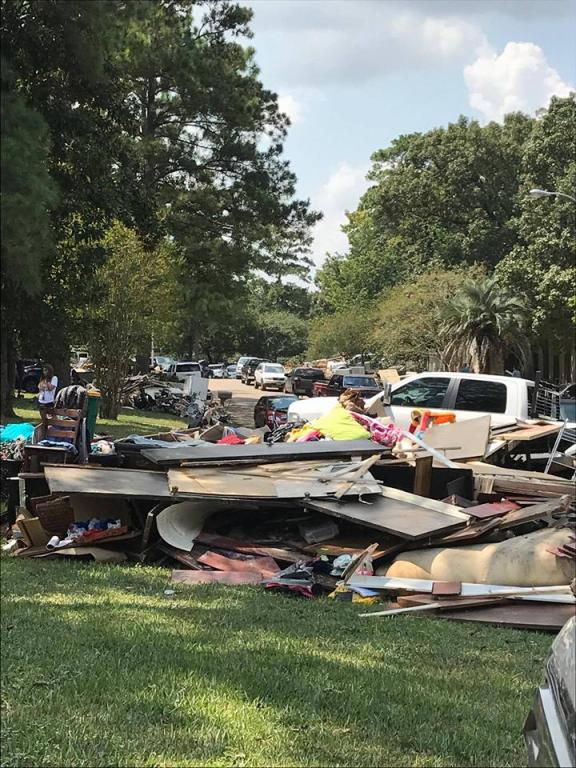 Shortly after the deadly 911 terrorist attack, one pastor said that it was a judgment of God, but many were offended by this. How can this man know this? Does he have a direct hotline to God? Has God given him information that’s not available to us? God may have used this for a judgment of America but we are in no position to say that with authority. When Hurricane Katrina smashed into New Orleans, one person said that Katrina means “cleansing,” and so God must have been cleansing the nation from the sinful residents of that city. Once again, there is no way for this to be known for certain. It’s presumptuous to speak for God when things happen and say, “This is from God.” I am reminded of those who came to Jesus and said to Him, “There were some present at that very time who told him about the Galileans whose blood Pilate had mingled with their sacrifices” (Luke 13:1), and Jesus “answered them, “Do you think that these Galileans were worse sinners than all the other Galileans, because they suffered in this way? No, I tell you; but unless you repent, you will all likewise perish” (Luke 13:2-3). Jesus goes even further, and says, of “those eighteen on whom the tower in Siloam fell and killed them: do you think that they were worse offenders than all the others who lived in Jerusalem? No, I tell you; but unless you repent, you will all likewise” (Luke 13:4-5). Jesus point is we can’t assume every tragedy is a judgment of God. It’s not for us to know and there is no way we can know, so we’re better off saying nothing and showing compassion and providing care for those who have been affected by natural catastrophes.

Sadly, when someone experiences a personal tragedy, we’re quick to judge this person as deserving. A few said that those who lost everything from Hurricane Harvey are partly to blame sine they’re living so close to the ocean, while others believed it was because Houston was such a liberal city, but this doesn’t square with what the Bible teaches. On one occasion, Jesus “saw a man blind from birth. And his disciples asked him, “Rabbi, who sinned, this man or his parents, that he was born blind?” Jesus answered, “It was not that this man sinned, or his parents, but that the works of God might be displayed in him” (John 9:1-3), so even in the first century, believer’s sometimes attributed bad things happening to bad people, but the truth is, good things happen to bad people and bad things happen to good people, and to us, it makes no sense. When we make comments like the disciples did in this occasion, we are acting like we know what God is doing and why, when really, we often don’t have a clue. When Lazarus died, many couldn’t understand why Jesus didn’t immediately heal him so that he wouldn’t have died, but Jesus tells us the reason why, even though no one else had a clue, so “Jesus told them plainly, “Lazarus has died, and for your sake I am glad that I was not there, so that you may believe. But let us go to him” (John 11:14-15), so in this case, Lazarus’ resurrection from the dead was intended to glorify God (John 11:38-44). Most of us wouldn’t say they were glad that Lazarus died, but if we understand that God is glorifying Himself through the works of Christ, it would make more sense to us.

God does judge the nations, and He can use any means to do so. For example, when God rained down fire and brimstone on Sodom and Gomorrah, it was a judgment of God. We know that because the Bible says as much, but beyond this, we can only guess why bad things happen in this world. Of course, it’s a fallen world, and time and chance happen to us all (Eccl 9:11), and bad things happen because the root cause of all pain, suffering, sorrow, and death is sin, and until sin is no more, there will still be sorrow, suffering, pain, and death, but that too is coming to an end someday (Rev 21:3; 22:4)! We all fall short of God’s glory. Even the earth travails under the weight of sin, but someday, this will end, and all the natural catastrophes and accidents will be no more, and it will be said that “They shall not hurt or destroy in all my holy mountain; for the earth shall be full of the knowledge of the LORD as the waters cover the sea” (Isaiah 11:9).

September 6, 2017
What Is The Book Of Enoch? Does It Belong In The Bible?
Next Post

September 11, 2017 The Parable Of The Tenants: A Bible Commentary
Recent Comments
33 Comments | Leave a Comment
Browse Our Archives
get the latest from
Evangelical
Sign up for our newsletter
POPULAR AT PATHEOS Evangelical
1

Steven Furtick is the Most Dangerous...
The Chorus In The Chaos
Related posts from Christian Crier

11 Powerful Bible Passages About the End Times...
Look beyond the Book of Revelation to know what is to come...
view all Evangelical blogs
What Are Your Thoughts?leave a comment
Copyright 2008-2021, Patheos. All rights reserved.