How Gossip Destroys A Church And Friendships

How Gossip Destroys A Church And Friendships September 27, 2017 Jack Wellman

Gossip doesn’t only destroy the credibility of the gossiper, but it destroys relationships, so here’s how to stop it.

The Bible teaches that “A dishonest man spreads strife, and a whisperer separates close friends” (Prov 16:28). What will break up a friendship more quickly than gossip? I can’t think of anything that will drive a wedge between Christian brothers or sisters and friends more than spreading gossip, and as the Proverb says, “Whoever goes about slandering reveals secrets, but he who is trustworthy in spirit keeps a thing covered” (Prov 11:13). This Proverb is spot on. When we reveal secrets about others like prayer requests that are given to us in trust and confidence, we are in effect slandering that person. The “trustworthy” person will keep it zipped. Gossipers “learn to be idlers, going about from house to house, and not only idlers, but also gossips and busybodies, saying what they should not” (1 Tim 5:13), and not only do some spread gossip, they go “from house to house.” Today, this may be by the means of phone calls, emails, Facebook posts, or even Bible studies, but Paul was clear that they are “saying what they should not.

Gossip does more to destroy a church than just about anything else that I can think of, so what are ways you can stop gossip in its tracks? The first thing pastors should do is to remind people that gossip is sin and then define for them. From the world’s standpoint, gossip is just as normal as surfing the Internet, having a cup of coffee in the morning, or sitting down to watch TV. It happens in the break room, in the restaurant, and just about anywhere that there are people and this includes church. The world sees no problem with gossip, but God does. Most people might think it’s “normal” but it is one of the worst things that can come out of a believer’s mouth. To those who don’t know Christ they see nothing really wrong with it. It’s just idle talk or rumor, especially about the personal or private affairs of others, and they believe it’s just what everybody does, however listen to this serious and very frightening warning given by Jesus about idle words in Matthew 12:36-37 “I tell you, on the day of judgment people will give account for every careless word they speak, for by your words you will be justified, and by your words you will be condemned.” Notice that Jesus wasn’t speaking only to believers but He insinuated that all “people will give an account,” and so it’s not just those who are Christian! That includes me and you. Every single word, carefully or carelessly spoken, will be judged by or justified by them. No one’s off the hook on this one. The world might think it’s just idle talk but that is certainly not what God thinks about it, so what are some other ways that you can stop gossip before it starts, or it its already been spreading, how do you eliminate it? 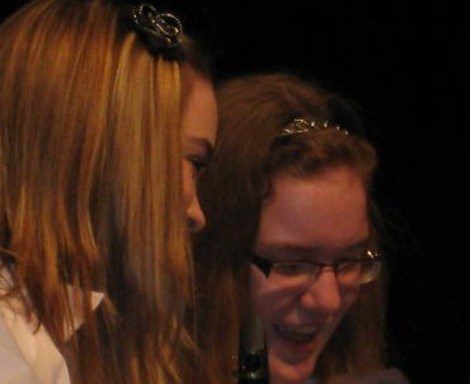 The Destructiveness of Gossip

The pastor may be the last one to hear about gossip so I believe it is his job to preach a sermon about just how deadly gossip can be. If you don’t think gossip is serious, just see how Paul includes it in a group of detestable sins in 2nd Corinthians 12:20 where he writes of detestable sins as, “quarreling, jealousy, anger, hostility, slander, gossip, conceit, and disorder.” Even in the Old Testament there were warnings from God to “not go around as a slanderer among your people” (Lev 19:16). Did you catch that? Gossip is nothing less than slander and people are sued every day for that! It is serious enough to be convicted of a crime in the courts of the world. How much more serious then is it in the church? Does it really matter if it’s true or not because if it hurts or destroys someone’s reputation (or worse, their life), it is destructive. If someone finds out you gossiped about them, you’ve probably lost their trust forever. Proverbs 20:19 says “Whoever goes about slandering reveals secrets” will not be held guiltless by God. The only reason gossip is gossip is because there is someone that listens to it. Gossip needs at least one person for it to survive, so stop it in its tracks whenever you hear it. Put your hand up and say, “Hey, this sounds like it’s none of my business. I don’t think I want to hear this.” The proverb says, “For lack of wood the fire goes out and where there is no whisperer, quarreling ceases” (Prov 26:20). If there’s no one to throw any more wood on it, it goes out. The analogy of fire is used once more because gossip, like fire, can destroy. Stop feeding it and “it will eventually go out.”

Before I came into the ministry, I heard of a great way to stop gossip in its tracks. It goes like this:

The Gossiper: “Hey, did you hear about so and so. They did this and that….”

The Gossiper: “No, no, I don’t think I’d like to do that at all. I don’t want to embarrass them. It might not even be true.”

The Recipient: “Well, that’s a good point. Who did you hear this from? If it’s not true we need to talk to your source. Let’s go talk to them and see if all three of us can sit down together to find the problem. Who was it that told you that? Can you tell me their name?”

The Gossiper: “Well, I can’t remember who it was that told me that now” (convenient amnesia?).

The Recipient: “Really! You can’t remember who told you but you can remember everything else? Then we should go to the pastor (or elder or a deacon) and talk to them about this. This sounds like this person is spreading gossip about someone who they believe is doing some pretty bad things and I think they need to know about it.”

The Gossiper: “No, maybe it’s not true anyway and I think it’s none of our business anyway.”

The Recipient: “Well, if I hear any more about this, I’ll come to you and maybe you can remember who it was and we can all get together and talk about this to the church leaders/pastors/deacon/elder.

By now, the gossiper is not interested in gossiping about that person any more.

Our church elder suggested that some of our prayer requests be “unspoken needs” if they were more of a personal nature. We had a prayer chain once and it was amazing that by the time the prayer request went to the last person on the chain, it was more like gossip and the problem that they sought prayer for had worsened exponentially. I remember hearing some gossip in the high school locker room about a girl that was “easy.” I don’t know if I was angrier at the guys or at the girl that I liked (if indeed it was true). I later found out that she heard about this rumor and she ended up quitting school and I never heard from her again. I always wondered what happened to her. Gossip hurt her deeply and it may have changed her entire future. Gossip can destroy people’s reputations, it can destroy people’s self-image, it can separate the best of friends, and it can destroy lives. James spoke about the tongue when he wrote that the “the tongue is a small member, yet it boasts of great things. How great a forest is set ablaze by such a small fire! And the tongue is a fire, a world of unrighteousness. The tongue is set among our members, staining the whole body, setting on fire the entire course of life, and set on fire by hell”(James 3:5-6). It takes only a tiny spark to burn an entire forest. Maybe that’s what James meant when he wrote that it can set “on fire the entire course of life.”

If gossip is a problem in your church, address it and “Let no corrupting talk come out of your mouths, but only such as is good for building up” (Eph 4:29). One of the six things that are an abomination to God is “a false witness who breathes out lies” (Prov 6:19) and it is breaking the Ninth Commandment, and “Whoever slanders his neighbor secretly I will destroy” (Psalm 101:5), but the listener is not guiltless either as God declares that “An evildoer listens to wicked lips” (Prov 17:4). Gossip is not gossip without someone to listen to it, so the person who listens to it is just as guilty as the one who is doing it. Stopping gossip is not easy but it is necessary to preserve the peace, unity, and holiness of the church but also friendships.

September 24, 2017
Who Goes To Heaven? Do Only Good People Go To Heaven?
Next Post