What Did Jesus Teach About Marriage?

What Did Jesus Teach About Marriage? October 6, 2017 Jack Wellman

There are many Bible verses about marriage but we are examining only those which Jesus taught about on the subject this subject, so first of all, marriage is a God-ordained, God-created institution that He blessed and saw as good. By God saying that “the two shall become one flesh,” we could see this as intended to be a permanent relationship where the two become one and stay as one and they become as “one flesh,” meaning that they cannot (or at least should not) be separated (Matt 19:5). When Jesus quoted this verse He was establishing the fact that it was God’s intention to have the two be joined together and to stay together for life; the only exceptions would be for ongoing, unrepentant adultery or if one of the spouses would die.

One Man and One Woman

Some people claim that polygamy was taught in the Bible, but this is simply not true. Jesus makes it clear in Matthew 19 that it is God “who created them from the beginning made them male and female, and said, ‘Therefore a man shall leave his father and his mother and hold fast to his wife, and the two shall become one flesh’” (Matt 19:4-5). That is, marriage is to be between one man and one woman, and He was specific that it was created to be between one male and one female alone. This also debunks the notion that God allows for more than one wife or more than one husband, but just because some of the patriarchs of the Bible had more than one wife, doesn’t give us permission to do the same thing. They did a lot of things that we should not duplicate, like King David’s adultery and subsequent murder of Uriah. Since the Scripture states that the “two shall become one,” and not three or four become one, its intentional that there only be one man and one woman in a marriage. The patriarchs ended up paying huge consequences for their polygamy. Nowhere in the Bible does it teach that a man can multiply wives or a wife can have more than one husband, and a husband have more than one wife. In fact, God gives a command to not to do this, so even though some of the ancient kings and Patriarchs had multiple spouses, this was not the way that God intended marriage to be and when the men took more than one wife, it always created huge problems for them. God told the kings of Israel, that they should not multiply wives (Deut 17:17), and if God commanded this of the king, everyone understood that to mean, it applied to them too!

Matthew 5:31-32 “It was also said, ‘Whoever divorces his wife, let him give her a certificate of divorce.’ But I say to you that everyone who divorces his wife, except on the ground of sexual immorality, makes her commit adultery, and whoever marries a divorced woman commits adultery.” 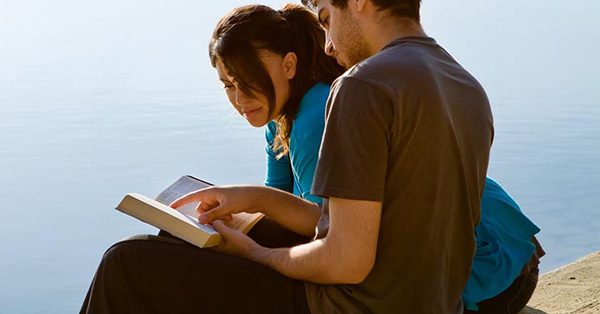 Adultery of the Heart

Matthew 5:27-29 “You have heard that it was said, ‘You shall not commit adultery.’ But I say to you that everyone who looks at a woman with lustful intent has already committed adultery with her in his heart. If your right eye causes you to sin, tear it out and throw it away. For it is better that you lose one of your members than that your whole body be thrown into hell.”

Jesus sees lusting after a woman or a man as being the very same thing as adultery itself. He called it adultery of the heart, and although it’s not as bad as the actual physical act (1st Cor 6:12-20), it’s an act that a person would carry out if they were able to do so, with whomever they’re lusting after. That’s where adultery begins…with lusting in the heart. Even more specifically, Jesus said that if they even looked at another “with lustful intent,” or in other words, their intent is to lust or commit adultery in their heart with that person, then that’s seen as adultery. The Jews considered the heart as being the seat of the intellect, so to them, “in the heart” is the same thing as being “in the mind.” Either way, lusting in the heart or mind for someone who is not your spouse is, according to Jesus, committing adultery. This is why pornography is so destructive to marriages and devalues women and men. The person who looks at pornography is sinning in their heart by lusting after what they see and it is with intentionality that they are doing it. If they actually had the woman or man in the image, and could commit the physical act, they would, so it’s essentially committing an act of adultery in the heart.

If you’re a believer and have since remarried, God is a God of grace, mercy, and forgiveness. God hates divorce, but He certainly does not hate divorced people.  You cannot unscramble an egg, so what’s done is done.  The children of God can confess their sins, and be cleansed from all unrighteousness (1st John 1:9), and we then can stand before God, but only because  it was “For our sake he made him to be sin who knew no sin, so that in him we might become the righteousness of God” (2nd Cor 5:21).

October 4, 2017
What Happens When the Fear of God Is Missing?
Next Post

That's Not How Any Of This...
Preventing Grace
Related posts from Christian Crier