Which is Safer? The Running of the Bulls or Black Friday Shopping?

Running of the Bulls

I’ve seen some very close encounters of those who were participating in the Running of the Bulls. A few didn’t fare so well, and some were even sent to the hospital, but I wonder if it’s fair to compare Black Friday with the Running of the Bulls? For some, it’s slightly less risky than playing for NFL. I could even call it Black and Blue Friday or Black and Bruised Friday because some who went shopping on this day came back with a few bumps and bruises….and in a few extreme cases, some never come back, so my question is, is it worth all this? Why do some people, exactly one day after Thanksgiving, make a mad rush to the stores, some even lining up Thursday night to get the best deals when the stores upon on the Friday after Thanksgiving…and just to save a few dollars? For me, it’s just not worth it. In fact, I believe it is too dangerous in some circumstances. Not only could someone get hurt…people do get hurt…some even dying…and for what? It reminds me of one of the food chains famous slogan: “31 Million Served – 57 Injured.”

In the last few years, some incidents where reported where they were fighting over one particular video game…in another case it was a new phone, and there were reports of people getting pepper sprayed for trying to cut in line, but other reports in recent years said that hostile customers are losing their tempers. In one case, a grandfather was trampled underfoot by shopper’s right after the store’s doors opened, but hundreds suffer injuries every year for the sake of being first in line. Not only that, but people are getting robbed, stun-gunned, beaten, and some even shot. Also, on Black Friday, shop lifting reports in the hundreds overwhelm store security personnel, and most tragic of all, people lose their temper and actual kill over something they desperately wanted for Christmas, so here we go again…yet another Black Friday is coming, or as I like to call it, Black and Blue Friday, because you always hear accounts that make you say, “Really!?” It is just not worth it to me. All of this just to save some money? People have died from shopping on this day making it one of the most dangerous days of the year for shoppers. When the stores open their doors, it’s like, “release the hounds,” so I find it ironic that just one day removed from a holiday geared toward being thankful, we are anything but thankful, so stay out of their way of Black Friday, or take the risk of being trampled underfoot. 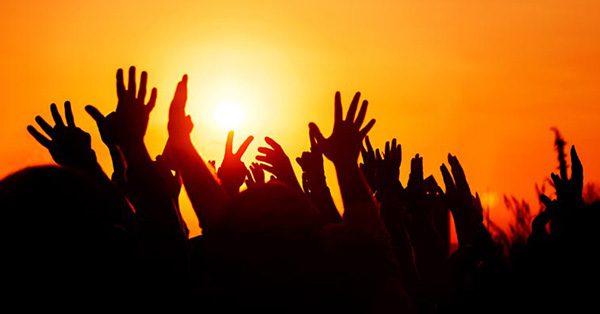 Why do we seem to be so desperate to save money at the expense of others? Do we really need “that thing” so bad that we don’t even care who gets hurt? I know it is tradition, but so is the Running of the Bulls. For growing numbers of shoppers, this tradition is just not worth it. Many choose to stay home and shop online. It’s a lot safer and certainly more peaceful. The fact that the store’s security is vastly overwhelmed might explain why there is more shoplifting on this day than almost any other day of the year. We are stealing, bullying, shoving and pushing, and doing anything we can to save a few dollars, and some don’t care who gets hurt. Some of the stores this year open at midnight on Black Friday while a few even opened at 10 p.m. on Thanksgiving evening…and all for the sake of saving some money on Christmas presents, and only because we’ve got to get that newest and latest gadget, whatever it is, and get it before anyone else does. In some cases, the stores are responsible for opening the “floodgates,” as some customers would tell you, and they are caught up in the mass of humanity. Are stores really that desperate to make money that they endanger the safety and welfare of their customers, and do customers really need something that badly that they’re willing to hurt someone to get it? Sadly, the answer to both is yes.

Which is safer; the running of the bulls or shopping on Black Friday? You probably already know the answer to that. If only we’d realize that believers already have the greatest gift they could ever have, and it was a free gift, but one that no one could afford (John 3:16; Eph 2:8-9). Even so, it seems that’s the furthest thing from people’s mind on Black Friday. The Los Angeles Fire Department were the first responders on one Thursday night, responding to at least 10 people being injured who were simply waiting in line for a store to open, so if you’re going shopping on Black Friday, watch out for the millions of shoppers who go from a day thanksgiving to a day of wanton greed. It saddens me to see the thankfulness on Thanksgiving Day turn into a war zone the next, where the order of the day is “Get it, no matter what.” One day we are celebrating a day of thanksgiving to God, and the next day, it’s “God help anyone who gets in our way.”

November 8, 2017
I Was Hungry And You Gave Me Food - 5 Ways Your Church Can Feed The Hungry
Next Post