Why is there such discontentment in the world? What was the Apostle Paul’s secret of contentment?

America has just experienced its worst year as far as natural disasters is concerned, and the year’s not over yet, so how do so many believers find contentment in a world that’s under so much duress? It’s not that they find contentment on their own, but they learn contentment, and that contentment starts with Jesus Christ. The Apostle Paul reminds us that “we brought nothing into the world, and we cannot take anything out of the world. But if we have food and clothing, with these we will be content” (1 Tim 6:7-8), so Paul is trying to help those who are consumed by possessions and circumstances, because “those who desire to be rich fall into temptation, into a snare, into many senseless and harmful desires that plunge people into ruin and destruction” (1 Tim 6:9). It isn’t that money is the root of all evil, but it can be a root of all sorts of evil (1 Tim 6:10), especially when money is pursed at all costs…and it doesn’t matter who gets hurt.

The God of Money

Money can very easily take the place of God because money promises, “I will provide for your every need, I can help you when you need something, I will take care of you in the future,” and so on. They say that money talks, but to me, it mostly says “Goodbye,” so we’re admonished to “Keep your life free from love of money, and be content with what you have, for he has said, “I will never leave you nor forsake you” (Heb 13:5). The author of Hebrews mentions the fact that God will never leave us or forsake us in the context of having money. Maybe it’s because we can start trusting money more than we do God because when our funds get low, we start to worry. The solution is found in contentment since we’re told to be content with whatever we have and in whatever state we find ourselves. Besides, our real contentment is not found in this world or in money but only in Jesus Christ. 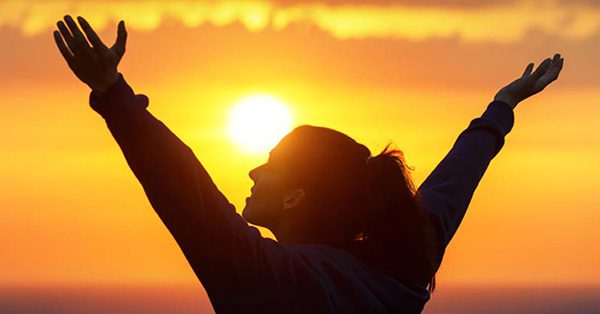 Contentment is not a gift of God or something that you must acquire, but it’s a state of mind and it comes from a sufficiency found only in Christ, but it’s not really a secret…it is learned. Paul wrote, “Not that I am speaking of being in need, for I have learned in whatever situation I am to be content” (Phil 4:11), so contentment is learned, but how do you learn it? Lots of practice in bad circumstances, and Paul had plenty of that. If we understand that Paul was in a prison cell while writing this, it’s even more remarkable that he was content, but I notice that he says he had to learn to be content in whatever state he found himself, and what better place to learn that than behind prison walls? In many of these Roman prisons, there were nights that were freezing cold as sunlight rarely found its way to their cell, so they may have never known whether it was day or night, and there were probably cockroaches, human feces, flies, and every sort of stench and smell you could imagine, so Paul had to learn to be content. He didn’t allow circumstances to rob his contentment. He knew that “godliness with contentment is great gain” (1 Tim 6:6), so Paul learned to be contented! He trusted God. Godliness with contentment is great gain because it tells God, “I am satisfied in You God, and satisfied with what I have. You have blessed me with so much. Thank you. I am grateful.” That’s contentment. A godly contentment is not dependent upon circumstances or suffering. It is precious in God’s sight to suffer for doing good because “when you do good and suffer for it you endure, this is a gracious thing in the sight of God” (1st Pet 2:20).

During John the Baptist’s ministry, many came to him, even Roman soldiers, who asked, “What shall we do?” And he said to them, “Do not extort money from anyone by threats or by false accusation, and be content with your wages” (Luke 3:14). It’s interesting that so many came to John the Baptist and asked “what shall we do,” proving they knew they had to do something. Why else would they ask such a question? Perhaps they saw that John was a godly man with a consuming passion for God, and his preaching must have convicted many. John the Baptist had the same counsel for the Roman soldiers that Paul gave to Timothy, and that was to be content with what they had. Paul wrote, “For the sake of Christ, then, I am content with weaknesses, insults, hardships, persecutions, and calamities. For when I am weak, then I am strong.” (2 Cor 12:10), so it was only for Christ’s sake that Paul learned to be content, and even in his weakness, insults, hardships, persecutions, and calamities, he was still content because he understood that God is more glorified in weaker vessels since His power is more easily displayed and made visible. Our weaknesses provide God an opportunity to show Himself strong, but when we are feeling strong in our own strength, we limit what God can do through us. It was said that “Moses was content to dwell with the man, and he gave Moses his daughter Zipporah” (Ex 2:21), but Moses was also said to be the meekest man on earth (Num 12:3), but don’t confuse meekness with weakness, because it’s not. Meekness has been described as strength under control, but meekness also shows contentedness, because it tells God that you are satisfied in Him.

Contentedness is the opposite of discontentment which is caused by pride, never being fully satisfied in life by having enough, and by extension, it is not being fully satisfied in God. Moses went from the palace in Egypt to tents in the desert, but because of Moses’ humility, he was content; all the more remarkable because the Egyptians despised shepherds and considered them unclean. It mattered little to Moses though. God knew who Moses was and what He thought of him…and that’s all that mattered. We can be content with persecutions, name calling, insults, and hardships because we have found our contentment in Christ, and no insult or slander or circumstance could ever destroy that. People who’ve lost everything have discovered that if all they have is Christ, they have all they need in Christ. They find their contentment in Him…and not in things.