God Spoke To Me To Tell You…

More times than I can count, people have told me or others, God spoke to me to tell you something, so is this biblical or believable?

Over two years ago a man came to me from another church and prophesied and said to me, “God told me that you’re not going to be a pastor anymore but a prophet and you’ll be leaving this church to go on a national circuit to prophecy to other churches what God had told them through me.” Two years have passed since. I am still at the church where I’ve been for about a decade, and I never saw the man again. His own personal prophecy failed, and I say his “own personal prophecy” because it was obviously not from God. He had his own ideas but his prophecy was not only wrong; he was not being biblical. I was not interested in anything else he had to say after that because a true prophet of God is not like a baseball player where you’re allowed three strikes before you’re out. Moses wrote, “when a prophet speaks in the name of the LORD, if the word does not come to pass or come true, that is a word that the LORD has not spoken; the prophet has spoken it presumptuously. You need not be afraid of him” (Deut 18:22), therefore, whatever the man prophesied about me is of no concern to me because he spoke “it presumptuously,” and it was not from God but from man. 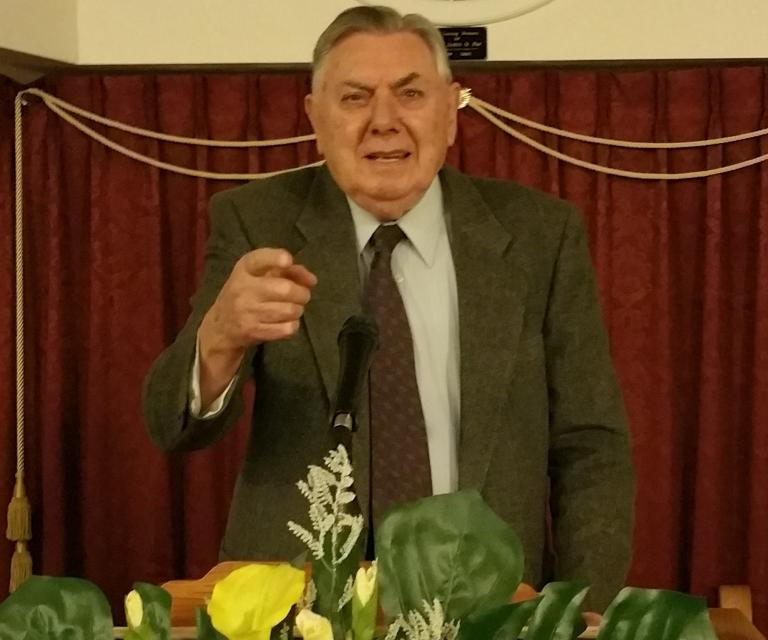 If I ever see this man again and have a chance to speak to him, I would tell him, “Yes, God speaks to us, but He speaks most clearly in His Word, the Bible. Here….I’ve got a word from God too….and here it is…it’s the Bible.” There is no ambiguity in the Word of God like there is when someone presumes to speak for God. I have heard so many failed prophecies that were spoken by others that their credibility has been totally lost. If I wrote out on a piece of paper one of the many prophecies that others have spoken and hold it in one hand, and then hold the Bible with the other hand, I can know the Bible speaks to me with 100% clarity, but when I look at someone’s personal prophecy, there is no way I can attribute any certainty at all to it…certainly, not 100%. I hold to the Bible because I know it’s true and the prophecies will come to pass (many have already), but I cannot say the same thing about someone who says “God gave me a word and told me to tell you…” Why would God speak to someone else to speak to me when He can speak directly to me in His Word? Does God need their assistance? No! When a person presumes to speak for God, they are playing with fire in my opinion, because in the Old Testament, it was one strike, and you’re out…of life! Moses wrote, “But the prophet who presumes to speak a word in my name that I have not commanded him to speak, or who speaks in the name of other gods, that same prophet shall die” (Deut 18:20). Today God does not immediately strike the false prophets dead, but they will die in their sins unless they repent of their false prophecies, and they will have to give an account before Christ for what they uttered as “God’s word.” If they presume to speak for God and they’re not doing it, guess where the true source is from? It must either be their own imagination or it must be from Satan, because we know it’s not from God.

When people prophecy certain things, I can only hold them up to the Word of God because it’s the gold standard for true prophecy, and the words of the true prophets of God can be found there, but when someone prophecies something and it doesn’t square up with the Word of God, then guess who’s wrong!? Not only must it come to pass, the prophecy must match what biblical doctrine says. God will not contradict his word. Years ago, a man was told by a “prophet” that he was supposed to divorce his wife and go to Columbia to be a missionary, but we know this prophecy is not of God because it’s never God’s will to divorce (save for adultery). God would not speak to us or someone else to tell us to do something that’s contrary to His written Word. God is not like us. We can be wrong or we can make assumptions, but God’s Word is always true. I don’t need someone to tell me what God’s will for my life is when it’s already spelled out in the Bible. Why do I need a human telling me what God wants me to do when God’s Word already does so? Jeremiah’s prophecy in his day is applicable to ours. He wrote, “And the LORD said to me: “The prophets are prophesying lies in my name. I did not send them, nor did I command them or speak to them. They are prophesying to you a lying vision, worthless divination, and the deceit of their own minds” (Jer 14:14). Apparently, some things never change.

How often have you heard of people “prophesying” something? Maybe you can ask them, “How do you know it’s from God and not from Satan? Are you 100% absolutely certain that this is from God? Don’t you think the Bible is enough? Why do you feel like we need more or newer revelation from God since we already have the Bible? Do you feel like the Bible is not enough revelation for you or for us?” I don’t want to take the best guess or hope he or she is right in their prophecy because I already know what’s right and it’s recorded in the Bible. It is a dangerous place to be to add to or take away from the Word of God. Whoever claims to speak for God had better be right. As for me, I’m putting my trust in God’s Word, not in man. That way I know for sure it’s right, rather than betting the person’s right about 50% of the time. If you want to be allowed three strikes, try baseball.

March 14, 2018
What The Bible Says About Racism
Next Post