The number of false prophets has exploded in the last few years, so to prepare you for their deception, here are some powerful Bible verses about false prophets.

In Matthew 7:15 Jesus warned us to “Beware of false prophets, who come to you in sheep’s clothing but inwardly are ravenous wolves,” and Jesus prophesied that prior to His second coming, that “many false prophets will arise and lead many astray” (Matt 24:11), and we know that these wolves love “Sheep in a Can” because they can shear the sheep and fleece the flock without their even knowing it. Their goals include these three things (at least):

Jesus knew their hearts and warned us to “Beware of false prophets, who come to you in sheep’s clothing but inwardly are ravenous wolves. You will recognize them by their fruits. Are grapes gathered from thornbushes, or figs from thistles? So, every healthy tree bears good fruit, but the diseased tree bears bad fruit. A healthy tree cannot bear bad fruit, nor can a diseased tree bear good fruit. Every tree that does not bear good fruit is cut down and thrown into the fire. Thus you will recognize them by their fruits” (Matt 7:15-20).

Question: What about 1 Samuel 16:7 which says that humans look at the outward appearance but only God can know the heart?

Answer: The truth is, bad fruit is easy to spot because it’s fleshly fruit, and includes things like, “sexual immorality, impurity, sensuality, idolatry, sorcery, enmity, strife, jealousy, fits of anger, rivalries, dissensions, divisions, envy, drunkenness, orgies, and things like these. I warn you, as I warned you before, that those who do such things will not inherit the kingdom of God” (Gal 5:19-21). Paul’s advice for all of us is to “watch out for those who cause divisions and create obstacles contrary to the doctrine that you have been taught; avoid them. For such persons do not serve our Lord Christ, but their own appetites, and by smooth talk and flattery they deceive the hearts of the naïve” (Rom 16:17-18). 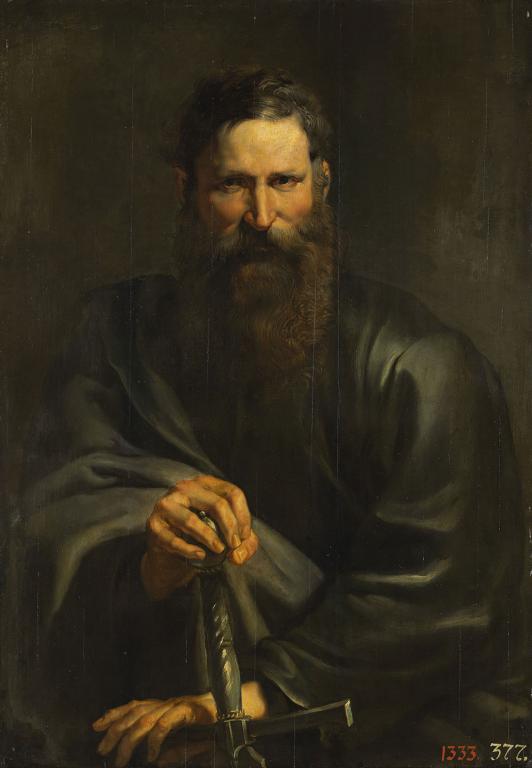 A Rise in False Teachers

In addressing what the Bible says about false prophets and teachers, the Apostle Peter wrote that “false prophets also arose among the people, just as there will be false teachers among you, who will secretly bring in destructive heresies, even denying the Master who bought them, bringing upon themselves swift destruction” (2 Pet 2:1). Jesus Christ also prophesied that “false christs and false prophets will arise and perform great signs and wonders, so as to lead astray, if possible, even the elect” (Matt 24:14). The Apostle Paul writes about the true source of these teachers, some even claiming to be apostles of Christ, that: “such men are false apostles, deceitful workmen, disguising themselves as apostles of Christ. And no wonder, for even Satan disguises himself as an angel of light. So it is no surprise if his servants, also, disguise themselves as servants of righteousness. Their end will correspond to their deeds” (2 Cor 11:13-15). In a striking parallel, Jeremiah wrote of Judah’s false prophets what could be written today, saying, “An appalling and horrible thing has happened in the land: the prophets prophesy falsely, and the priests rule at their direction; my people love to have it so, but what will you do when the end comes” (Jer 5:30-31)? The truth is that “such persons do not serve our Lord Christ, but their own appetites, and by smooth talk and flattery they deceive the hearts of the naïve” (Rom 16:19), so we had better recognize that “the time is coming when people will not endure sound teaching, but having itching ears they will accumulate for themselves teachers to suit their own passions” (2 Tim 4:3). Indeed, it appears that time has come.

Jude wrote, “Beloved, although I was very eager to write to you about our common salvation, I found it necessary to write appealing to you to contend for the faith that was once for all delivered to the saints. For certain people have crept in unnoticed who long ago were designated for this condemnation, ungodly people, who pervert the grace of our God into sensuality and deny our only Master and Lord, Jesus Christ” (Jude 1:3-4). The Apostle John writes, “Beloved, do not believe every spirit, but test the spirits to see whether they are from God, for many false prophets have gone out into the world” (1 John 4:1). God warned Judah through Jeremiah to “not listen to the words of the prophets who prophesy to you, filling you with vain hopes. They speak visions of their own minds, not from the mouth of the Lord” (Jer 23:16), and “The prophets are prophesying lies in my name. I did not send them, nor did I command them or speak to them. They are prophesying to you a lying vision, worthless divination, and the deceit of their own minds” (Jer 14:14). 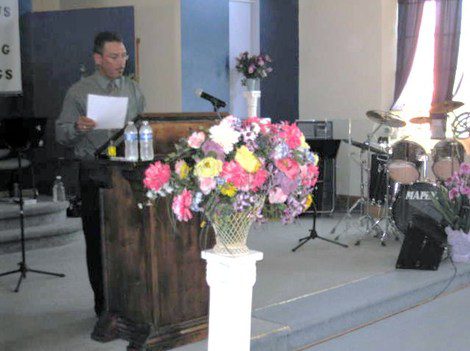 Perhaps the greatest test of self-anointed and self-proclaimed prophets is that they are not allowed to be wrong…even once! Deuteronomy 18:20-22 states that “the prophet who presumes to speak a word in my name that I have not commanded him to speak, or who speaks in the name of other gods, that same prophet shall die.’ And if you say in your heart, ‘How may we know the word that the LORD has not spoken?’— when a prophet speaks in the name of the LORD, if the word does not come to pass or come true, that is a word that the LORD has not spoken; the prophet has spoken it presumptuously. You need not be afraid of him.” It’s not like baseball where you’re allowed three strikes and you’re out. You can’t be wrong and be called a prophet of God. For false prophets, it’s one and done!

April 25, 2018
The Book Of Esther And God’s Providence
Next Post 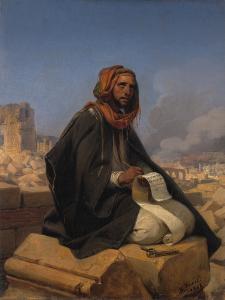