The Bible says that our works may be burned up as hay, wood, and stubble, and only those things done for Christ alone will pass through the fire.

When Jesus was speaking to a large crowd, He wanted to make sure that they not only listened to His words, but they did what He said. For example, Jesus warned that “Not everyone who says to me, ‘Lord, Lord,’ will enter the kingdom of heaven, but the one who does the will of my Father who is in heaven” (Matt 7:21), because on the day of judgment, “many will say to me, ‘Lord, Lord, did we not prophesy in your name, and cast out demons in your name, and do many mighty works in your name?’ And then will I declare to them, ‘I never knew you; depart from me, you workers of lawlessness” (Matt 7:22-23). It’s not enough to do works in Jesus’ name; we must do what the will of the Father is, and Jesus revealed what the Father’s will is. Notice that “many” will profess to know Christ but that same “many” will be turned away? Many…not a few! Why? Because they did not do what Jesus commanded, therefore, they are not really His disciples if they don’t do what He says. Another point is, Jesus says “I never knew you,” so if someone says, “I know God” or “I know Christ,” the bigger question is, “Does He know you!” Satan “knows Christ” but obviously it doesn’t mean he’s saved, so it’s not whether you say that you know Christ, but does Christ know you! That answer determines your final, eternal destination. 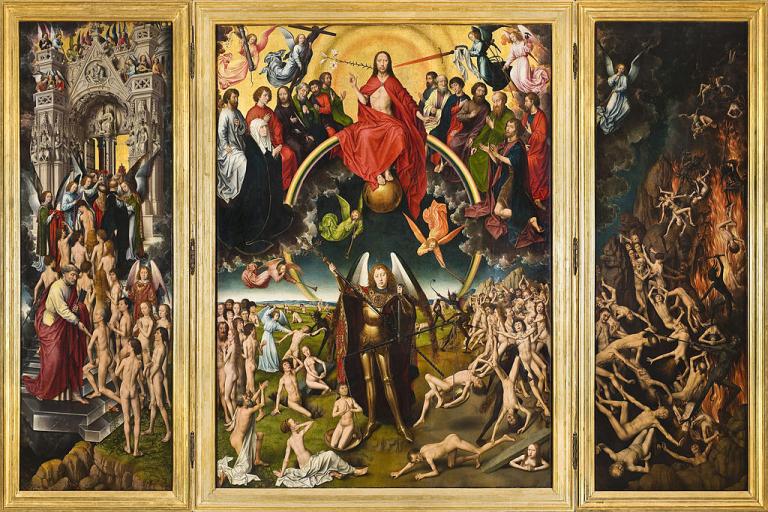 Building on the Rock

In the same chapter (Matthew 7), Jesus says, “Everyone then who hears these words of mine and does them will be like a wise man who built his house on the rock” (Matt 7:24). I can hear but if I don’t act on what I hear (from Jesus), then I am building on sand and that’s not going to stand when the storms come. The one who listens to Christ and does what He says can withstand the storms, so when “the floods came, and the winds blew and beat on that house, but it did not fall, because it had been founded on the rock” (Matt 7:25), however, whoever “hears these words of mine and does not do them will be like a foolish man who built his house on the sand. And the rain fell, and the floods came, and the winds blew and beat against that house, and it fell, and great was the fall of it” (Matt 7:26-27). If we have another tornado warning and I ignore those words, I put my life in peril, but if I listen to the warning and act on that warning by taking shelter, this shows I am not only hearing their words but obeying them. In this case, listening and doing can save my and my family’s life. It’s not enough to listen…we must follow through on what Jesus teaches because what Christ taught came from the Father, and it is His will that we are to do, not Christ’s alone.

We do not do good works just for rewards but rather because we love Jesus, but Jesus often mentioned rewards for those who are His faithful followers and do what He commands. The Apostle Paul wrote that “if anyone builds on the foundation with gold, silver, precious stones, wood, hay, straw each one’s work will become manifest, for the Day will disclose it, because it will be revealed by fire, and the fire will test what sort of work each one has done” (1 Cor 3:12-13), and “If the work that anyone has built on the foundation survives, he will receive a reward” (1 Cor 3:14). What is this foundation Paul speaks about? It’s the foundation of Christ Who is the solid rock upon which we build, however, if we do these good works to be seen of men and women, we’ve already received our reward, so “If anyone’s work is burned up, he will suffer loss, though he himself will be saved, but only as through fire” (1 Cor 3:15). That means many will be saved but have no or few rewards when Christ will come to judge the saints. This judgment is not for our sins but for our works done while in the body, and only those works done for Christ will be rewarded by Christ Himself.

If you tell others what you’ve done for Christ, you have your reward, but if you keep your good works between you and the Father, you rewards are yet to come. If you tell everyone, God will forget it, but if you forget it, God will remember it. Only those things done for Christ, and done without blowing a trumpet to draw attention to it, will be rewarded someday…otherwise, you can settle for a few pats on the back. That’s hay, wood, and stubble. I prefer to have those things which can pass through the fire on judgment day, so I’m keeping my mouth shut for those things done for Christ, since “each one’s work will become manifest, for the Day will disclose it, because it will be revealed by fire, and the fire will test what sort of work each one has done. If the work that anyone has built on the foundation survives, he will receive a reward. If anyone’s work is burned up, he will suffer loss, though he himself will be saved, but only as through fire” (1 Cor 3:13-15). I don’t want to enter the kingdom smelling like I had just come from a fire sale.

Final Thoughts on Embracing Sexual Purity and Preventing...
I’m glad to say—and some readers will be very glad to hear—this...
view all Evangelical blogs
What Are Your Thoughts?leave a comment
Copyright 2008-2020, Patheos. All rights reserved.