What The Bible Says About Evangelism

Missionaries have a very special calling, but so do Christians, because we’re all called to go and make disciples, teaching them what Christ taught His disciples.

Jesus gives the church an imperative command in Matthew 28:19-20 where He said to “Go therefore and make disciples of all nations, baptizing them in the name of the Father and of the Son and of the Holy Spirit, teaching them to observe all that I have commanded you. And behold, I am with you always, to the end of the age.” Just before He ascended back to the Father, He tells the disciples that “you will receive power when the Holy Spirit has come upon you, and you will be my witnesses in Jerusalem and in all Judea and Samaria, and to the end of the earth” (Acts 1:8). The Apostle Paul was later called to be the apostle to the Gentiles. He writes that “the Lord has commanded us, saying, I have made you a light for the Gentiles, that you may bring salvation to the ends of the earth” (Acts 13:47). Early on, during Jesus’ earthly ministry, “he called the twelve and began to send them out two by two, and gave them authority over the unclean spirits” (Mark 6:7). He sent them, or commanded them to go, so He gave them an imperative command. Later it says, “the Lord appointed seventy-two others and sent them on ahead of him, two by two, into every town and place where he himself was about to go. And he said to them, ‘The harvest is plentiful, but the laborers are few. Therefore pray earnestly to the Lord of the harvest to send out laborers into his harvest’” (Luke 10:1-2), so obviously we are commanded to go and make disciples, and then teach them the same things Jesus taught His disciples. We might not be able to go into all the world, but we can at least go next door.

When the Apostle Paul first encountered the Lord Jesus Christ on the Damascus Road, he was told that “the Lord commanded that those who proclaim the gospel should get their living by the gospel” (1 Cor 9:`4). That’s why churches raise money for missionaries. They cannot go into all the world unless they are provisioned and prepared. Only then can they “Go into all the world and proclaim the gospel to the whole creation” (Mark 16:15). It wasn’t as if the apostles could choose a Plan B. They had to follow Jesus’ command. Paul wrote, “For if I preach the gospel, that gives me no ground for boasting. For necessity is laid upon me. Woe to me if I do not preach the gospel” (1 Cor 9:16)! One way or another, “this gospel of the kingdom will be proclaimed throughout the whole world as a testimony to all nations, and then the end will come” (Matt 24:14). Jesus Christ was proclaiming the gospel during His earthly ministry. After cleansing a man of unclean spirits, he told him, “Go home to your friends and tell them how much the Lord has done for you, and how he has had mercy on you.” And he went away and began to proclaim in the Decapolis how much Jesus had done for him, and everyone marveled” (Mark 5:19-20).

God told Jeremiah, “Before I formed you in the womb I knew you, and before you were born I consecrated you; I appointed you a prophet to the nations” (Jer 1:5). It was as if Jeremiah was compelled from birth to proclaim God’s message. Later he writes, “If I say, “I will not mention him, or speak any more in his name,” there is in my heart as it were a burning fire shut up in my bones, and I am weary with holding it in, and I cannot” (Jer 20:9), so the prophets and the apostles were compelled to preach the gospel, but the pastors are not the only ones given this responsibility. We are all responsible, so the question becomes, “How then will they call on him in whom they have not believed? And how are they to believe in him of whom they have never heard? And how are they to hear without someone preaching? And how are they to preach unless they are sent? As it is written, How beautiful are the feet of those who preach the good news” (Rom 10:14-15)! 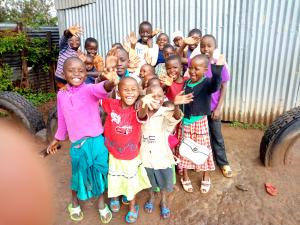 The Gospel doesn’t depend on human strength but on the power of God. The Apostle Paul wrote that he was “not ashamed of the gospel, for it is the power of God for salvation to everyone who believes, to the Jew first and also to the Greek” (Rom 1:16), so the gospel comes with its own power. If you have the Word of God and the Spirit of God with the power of God, He can birth the children of God for the glory of God. This ought to make the children of God rejoice because they have new brothers and sisters! The gospel’s going to comfort the afflicted, but afflict the comfortable, so it shouldn’t surprise us that “the word of the cross is folly to those who are perishing, but to us who are being saved it is the power of God” (1 Cor 1:18). The gospel is “to one a fragrance from death to death, to the other a fragrance from life to life” (2 Cor 2:16). I am glad it doesn’t depend on us, because none would be saved, so it is as God says: “Not by might, nor by power, but by my Spirit, says the LORD of hosts” (Zech 4:6).

What used to be the Great Commission has now become the “great omission” since so few are witnessing for Jesus Christ. It’s not that we don’t know the gospel well enough to share it. It may be that we’re afraid to speak up because we fear rejection, but we are not to fear people but fear God, and it pleases God when we obey God by sharing Christ. Besides, it’s an imperative command from the Lord our God; our great King, Jesus Christ. The fear of man is a stumbling block, but the fear of the Lord is the very beginning of wisdom (Prov 9:10). Who told you about Jesus Christ? Have you ever thanked them for that? Aren’t you glad they overcame their fears to share Christ with you? What keeps you from doing the same with others? Does your fear keep you silent? Be silent no more. Christ could return at any moment, or the person you want to witness to could die and then face God’s judgment (He 9:27; Rev 20:12-15). Today is the day of salvation (2 Cor 6:2). Tomorrow may be too late.

January 23, 2019
What The Bible Says About Mothers
Next Post

January 28, 2019 What The Bible Teaches About Forgiveness
Recent Comments
423 Comments | Leave a Comment
Browse Our Archives
Follow Us!