You probably know what vetting is, but what is the most extreme vetting possible?

The word vetting typically refers to the performance of background checks as part of a screening process. This takes place before a decision on whether that person is qualified or trustworthy for such a position. Most employers require a background check, but the more important the position is, the more thorough the vetting is. The vetting could also be for the purpose of allowing someone to travel to another nation, hopefully reducing the security risk of that nation, so when someone is vetted, they are carefully scrutinized. There is a careful and deliberate check of past actions, or specifically, whether there’s a record of criminal activity. Vetting is like an inspection of someone’s life in order to establish their credibility and reliability. Politicians’ past lives are closely examined to see if there are any improprieties since they are running for or holding office, but that “vetting” is not always reliable because it’s done by the media, and there is no shortage of fake news today, but vetting gathers all the fact in order to see if someone qualifies or not, so what is the most extreme vetting possible? Clearly, it is entering the kingdom of God. 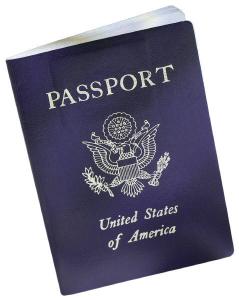 It’s easy enough to put your trust in Christ, so why aren’t more doing it? There are multiple reasons people are not willing to leave their life to follow Christ. The Parable of the Sower gives us three different reasons for why people reject the gospel. Jesus said, “The sower sows the word” (Mark 4:14), and the seed is the Word of God. For some, when “the word is sown: when they hear, Satan immediately comes and takes away the word that is sown in them” (Mark 4:15). Then, “these are the ones sown on rocky ground: the ones who, when they hear the word, immediately receive it with joy. And they have no root in themselves, but endure for a while; then, when tribulation or persecution arises on account of the word, immediately they fall away” (Mark 4:16-17). Finally, there are those who “are sown among thorns. They are those who hear the word, but the cares of the world and the deceitfulness of riches and the desires for other things enter in and choke the word, and it proves unfruitful” (Mark 4:18-19). All we can do is sow the Word and leave the rest up to God, but it at least takes sowers and the seeds (the Word), however only the Holy Spirit can germinate the seed.

When I have shared Christ, I can’t remember the number of times when people thought they’d do okay on Judgment Day. They believe they’ve done enough things in their life to outweigh the bad, but that’s a faulty scale they’re using. They are measuring their own righteousness (self-righteousness) against people who are generally worse than they are. Often I hear, “Well, I’m not as bad as John Smith,” but the idea of comparing ourselves with others is wrong. The Apostle Paul said that when people “measure themselves by one another and compare themselves with one another, they are without understanding” (2 Cor 10:12). They must measure themselves only by Christ’s sinless, holy perfection. Anyone that thinks of themselves as a “good person” has a view that’s contrary to Scripture (Mark 10:18). God’s Word says, “None is righteous, no, not one” (Rom 3:10b), and to make sure there’s no room left for that person who thinks they’re the exception, Paul says, “All have turned aside; together they have become worthless; no one does good, not even one” (Rom 3:12). “Not even one” rules everyone out…except Jesus Christ. For those who think they’re close to heaven’s gates, the Bible says, “all have sinned and fall short of the glory of God” (Rom 3:23). With language like “all” and “not even one,” we know there are no exceptions. No one has and no one ever can enter the kingdom based upon their own meritorious work (Eph 2:8-9). Scripture tells us that “nothing unclean will ever enter it, nor anyone who does what is detestable or false, but only those who are written in the Lamb’s book of life” (Rev 21:27).

We need to destroy the notion that good works can get us into the kingdom. As we just read, it’s not possible. Paul writes that God “did not spare his own Son but gave him up for us all” (Rom 8:32a), so if God did not even spare His own Son, why would anyone think He’ll spare them because they’ve done a lot of good things? Pastor Voddie Bauch said, “It amazes me that we believe this: that God would crush and kill His own Son, but let you slide.” The Apostle Peter wrote that “it is time for judgment to begin at the household of God; and if it begins with us, what will be the outcome for those who do not obey the gospel of God” (1 Pet 4:17)?  The outcome will not be good at all. You can read just how useless our works will be when we face God, outside of Christ (Rev 20:12-15). Rather than think they’re a good person, the unsaved person doesn’t realize that they “are storing up wrath for yourself on the day of wrath when God’s righteous judgment will be revealed” (Rom 2:5). Either after death (Heb 9:27), or at Christ’s return, God “will render to each one according to his works” (Rom 2:6), and by their not repenting and trusting in Christ, “those who are self-seeking and do not obey the truth, but obey unrighteousness, there will be wrath and fury” (Rom 2:8). Is it any wonder then that when Christ does appear, the unsaved will “will wail on account of him” (Rev 1:7). They will finally acknowledge Him as Lord and God, but it will be too late for them to be saved. The Word of God promises that every knee ever created will bend and they will bow at the appearance of our Lord, Jesus Christ (Rom 14:11; Phi 2:10-11). It doesn’t matter whether you believe or not…your knee will bend!

Unless you have put your trust in Christ, you are outside of Christ, and those outside of Christ will face God’s wrath. You must have the same righteousness as Jesus Christ, so today is the best of days to repent and believe (2 Cor 6:2). This is what Jesus asks (Mark 1:14-15). There is such extreme vetting to enter the kingdom that we cannot enter it without being seen as righteous as Christ, but thanks be to God, Jesus made a way through His own shed blood. How can we stand before God on the day we meet our Maker? Paul says that it was “For our sake he made him to be sin who knew no sin, so that in him we might become the righteousness of God” (2 Cor 5:21). If you do not have Jesus’ own righteousness, you cannot stand before God. Repent and believe, and put your trust in Jesus Christ. He is the One and only way (John 14:6). There is no other (Acts 4:12).

August 8, 2019 Do Colors Have Special Meaning In The Bible?
Recent Comments
21 Comments | Leave a Comment
Browse Our Archives
get the latest from
Evangelical
Sign up for our newsletter
POPULAR AT PATHEOS Evangelical
1