Where Does Faith Fit in Today’s Politics? 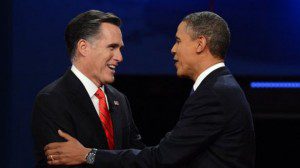 It’s always annoyed me when people assume that, because I’m a Christian, I must also be socially conservative on all requisite issues. And while I understand those who lean further right because of their Christian beliefs, I take issue with those who suggest that being both a follower of Christ and a social progressive are mutually exclusive.

In fact, most of my positions on social issues can be traced back to my faith, which goes to show that the spectrum of beliefs taken from any given faith, as well as the many ways in which those beliefs are applied, is wide and arguably still growing as we continue to become increasingly pluralistic and intertwined.

Depending on your perspective, it could be argued that the landscape of presidential candidates either reflects such religious diversity, or that it’s still more of the same old majority rule at play, with a few minor cosmetic adjustments. For some, the fact that a Mormon is the Republican nominee is nothing short of astonishing, and what’s more, that the evangelical right is generally finding their way toward alignment with Mitt Romney’s presidential ticket. 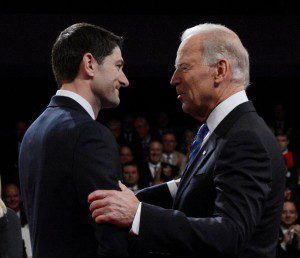 running against each other. The only fairly typical one in the group (unless you ask the Muslim conspiracy theorists, that is) is Barack Obama who is a member of the mainline protestant Christian denomination, the United Church of Christ.

Of course, a person from a non-Christian faith or who claims no faith at all would argue, I’m sure, that this is still a bunch of Christians, vying to be in charge. But we’ve come some distance from the Kennedy era when some folks feared it was impossible for (gasp) a Catholic to become President.

So what role is faith playing in today’s politics? Certainly the evangelical right lays no exclusive claim to the Republican ticket’s agenda, with a Mormon and a Catholic at the top of the ticket. Granted, the Romney/Ryan camp wants to maintain a cozy friendship with the Evangelicals, but there’s no denying the fact that, for the first time in decades, the evangelical Christian right doesn’t have one of their own aiming for the Oval Office.

Is this a sign of changing times? Will there be a day when a Jew, Muslim or even atheist may be elected president? I think all are likely in time, though I’m not sure how many of the underlying values of either party will change. Both Republicans and Democrats depend, in large part, on their ability to lay claim to the lion’s share of popular views on big issues. But despite the changes, many of the discussions taking place are similar to those of the past.

And while the political parties seem fairly static in their positions, some within the various religious groups are redefining the expression of their values as the cultural context changes. For example, a growing number of conservative Christians are championing environmental stewardship as a central cause of their faith, while more centrist and left-leaning Christians are considering broader perspectives with regard to the sanctity of life and what it means to defend it.

If we’re not careful, we might actually end up working side-by-side on some of these important issues before we realize we’re not supposed to be so close.

Meanwhile, the political system seems to be fracturing itself into a state of paralysis, one side so desperate to distinguish itself from the other that no common ground is left to be found once the dust settles. And the binary attitude of those playing the political game reflects a tremendous disconnect with the changing world around it in the opinion polls about the efficacy of our government.

Faith in the political sphere is at its worst when it allows itself to be allied with any particular political group for the sake of consolidating power. When such alliances are formed, compromises inevitably follow that forsake values for the lure of victory. If we can take anything away from Jesus’ ministry, the fact that he stood in the face of such allegiances is clear, challenging their oppressive breadth at the expense of the Gospel call to align with the powerless and marginalized.

Unfortunately, such folks don’t count for much as a voting bloc, so little ends up changing for them in such imperial systems of power grabbing.

But there is promise as well when so many expressions of a common Christian faith can be found in the same debate. While some may still seek to claim ultimate purview over what it means to be Christian, it’s hard to ignore the fact that reality presents a much richer picture. Yes, we still have a long way to go if we’re to see the reins of power shared equally by those from so many other groups of people, largely without voice at such high levels of power. But when such differences become relatively unremarkable, it’s a sign of progress.

October 11, 2012
On Religious Deserts and the Canaanite Woman
Next Post

October 13, 2012 Louis C.K. on Our Neighbor's Bowl and What "Fair" Is
Recent Comments
5 Comments | Leave a Comment
Browse Our Archives
Related posts from Christian Piatt