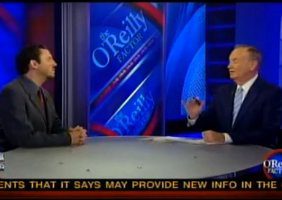 Conservative pundit Bill O’Reilly (AKA “Papa Bear” if you’re Stephen Colbert) really stepped in the rhetorical poop pile recently when, in an effort to defend the claim that there is a war in our culture on Christmas, took some bait from his show’s guest David Silverman (President of American Atheists) and claimed on the air that Christianity was a philosophy and not a religion.

Yes, I could give you the actual news story, but why do that when Jon Stewart breaks it down in a much more entertaining way?

Yes, O’Reilly ended up looking a little ridiculous (especially after recanting a couple of days later and buckling on air under questioning from…a priest. But actually I think it’s an interesting discussing, barring the theatrics and opportunistic jockeying that both Christians and atheists have been doing on the issue.

To start with, I think it’s worth addressing a couple of things that Stewart himself mentions in his commentary. The way he distinguishes religion from philosophy (in his own pithy, comedic sort of way) is two-fold: Christians acknowledge the divinity of Jesus, and they believe in particular (rather than universal) salvation.

On the second point, this is obviously a belief held by many Christians, but not all. I explored this in some more detail in this post about the new movie, 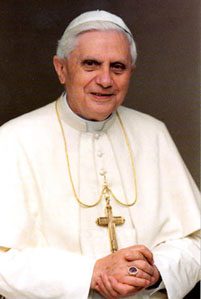 “Hellbound?” which explores the Christian doctrine(s) of hell. From the time of Christian leaders like Origen, the notion of universal salvation for Christians and non-Christians alike has been around. It may not be the most popular doctrine when it comes to salvation, but it’s hardly a radical fringe idea either.

As for Jesus’ divinity, this one is harder to tease out than it might seem. Yes, some believe Jesus IS God. Others believe he is the SON of God. Some folks believe in some combination of the two. Some believe he was particularly anointed/endowed/enlightened with a transformative message that forever changed the course of humanity. Some take the stories of healing and other miracles in scripture literally, while others understand them more metaphorically. Still others are comfortable to sit with the mystery of not knowing entirely what to make of things like miracles, the ascension, the afterlife and other hard-to-explain phenomena described in the Bible.

So what is Christianity, then? And where is the line at which point it goes from being a religion to being a philosophy?

The problem is, you’ll get about as many answers to this as there are Christian in the world. Even those who may recite similar (or even identical) doctrine on the matter would inevitably reveal various understandings of that doctrine if pressed to excavate the ideas in more depth. 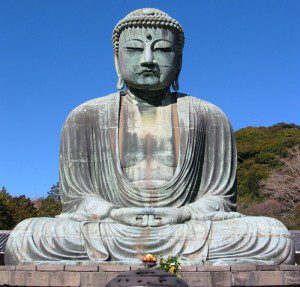 For much of my life, I have studied Buddhism while also practicing Christianity. Similar questions have been raised about Buddhism, given that there is no particular central tenet that requires its adherent to submit to the authority of a supernatural being. And yet, there are branches of Buddhism that have many practices that suggest they have incorporated worship of the supernatural into it. Does this mean that they aren’t really Buddhist? or does it mean that a Buddhist religion has emerged from a larger Buddhist philosophy?

And could the opposite be said about Christianity? Has some constituency within Christianity become a philosophy, in that it does not claim certitude about the existence of a supernatural “other?” I know that, for some people (some Christians in particular) the distinction is very important. But I think that this delineation is increasingly less relevant to a growing number of people, including those who claim to identify as Christian and who practice Christianity.

Which leaves us with government. Like marriage, it seems unnecessarily important what our laws and elected officials believe Christianity is. And like marriage, I’d be content to see government get entirely out of the business of semantics (and the power that comes with it) when it comes to people’s personal lives. What does this mean, practically speaking?

With regard to “marriage,” it means that, from here forward, the government would have the power to acknowledge civil unions (a right afforded to all couples regardless of sexual orientation and identity). Churches can chose to perform marriage ceremonies for whomever they do or not not choose to serve. And conversely, people can call themselves married whether a church blesses the union or not, particularly because there is no legal power behind the term. It is a social contract, or in more religious terms, a covenant, made between two people and God.

On the matter of “religion,” the government would also be out of the business of endowing tax-exempt status based on their assessment of whether or not a system of beliefs and group of people qualify as a religion or not under law. Instead, religious organizations would be treated like other nonprofit organizations. If they don’t qualify as a charity under the laws defining what a nonprofit, they pay taxes like any other revenue-generating organization.

I know this doesn’t settle anything, but I’d argue it’s not something that can be settled without a singular, authoritative power to declare what is and isn’t within the so-called lines. Granted, Catholics and some other religious groups have such authorities, but not all who claim Christianity recognize that authority. So, then, we’re left to discern for ourselves what we believe, why we believe it, how we will practice it and with whom.

And really, if we’re to look at Christ’s example when asked about which laws were the most important in governing our lives, he directed us inward, searching our own hearts rather than digging through the volumes of laws for answers.

Are you a Christian? Are you religiously Christian? The good news is that, despite what Bill O’Reily, Jon Stewart, the government or religious authorities say, that’s something you get to decide for yourself. 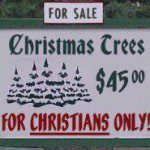