I’ve enjoyed taking part in the “Subverting the Norm” conference this weekend with many of the forefront thinkers in what has been called “Radical Theology.” Although the word “radical” has sensationalist connotations for lots of people, it really just means a theology that isn’t firmly rooted. I know that in itself sounds scary to some folks, but the radical theology camp might suggest that fear stems from an addiction to certainty.

My biggest concerns about the Radical Theology conversation has been the risk of falling back into the same old modernist traps of trying to intellectualize God or anything metaphysical/supernatural out of the equation, as I wrote about in a recent blog post.  But after spending some time with the originators of much of this thought, I’m beginning to believe the calls for – or sometimes, fears of – an exclusively atheist Christianity is really coming from interpreters of the original work, rather than from the originators themselves.

Interestingly, when asked about whether God exists, folks like Jack Caputo and Peter Rollins tend to respond similarly. Frankly, they shrug, the question doesn’t really interest them. More to the point (and this is me interpreting them, so beware), I think their reluctance to engage the question has to do with the assumption that the unknowable can ever be known.

And that includes whether that unknown truly exists or not.

I’m not generally a huge fan of St. Augustine, but he strikes a chord with me when he says (and I’m paraphrasing again) any time we endeavor to define God, that which we have defined is not God. Conversely, the same can be said about trying to argue God’s non-existence., and it can be said to both perspectives too about anything metaphysical or supernatural. 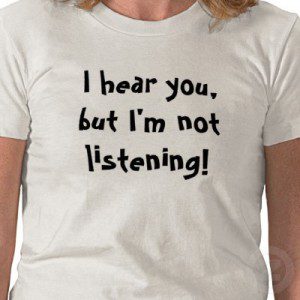 So to my dear fellow Christians: you can relax. Peter Rollins isn’t on a crusade to kill God. Now, he may challenge you to set aside false constructs of God or wean yourself from the addiction to your certainty about…well, anything. But there is plenty of room in the postmodern conversation for the possibility of God.

And to my atheist friends (or not!): If the very possibility of God raises the hairs on your neck, I’d encourage you to spend some time reading Rollins too. That addiction to certainty that rankles you so much in Christians might chafe because it’s hitting way too close to home.

April 4, 2013
Jimmy Carter vs. the SBC/Driscoll/Victoria's Secret: A Sea Change?
Next Post 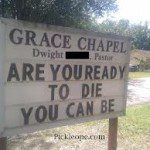